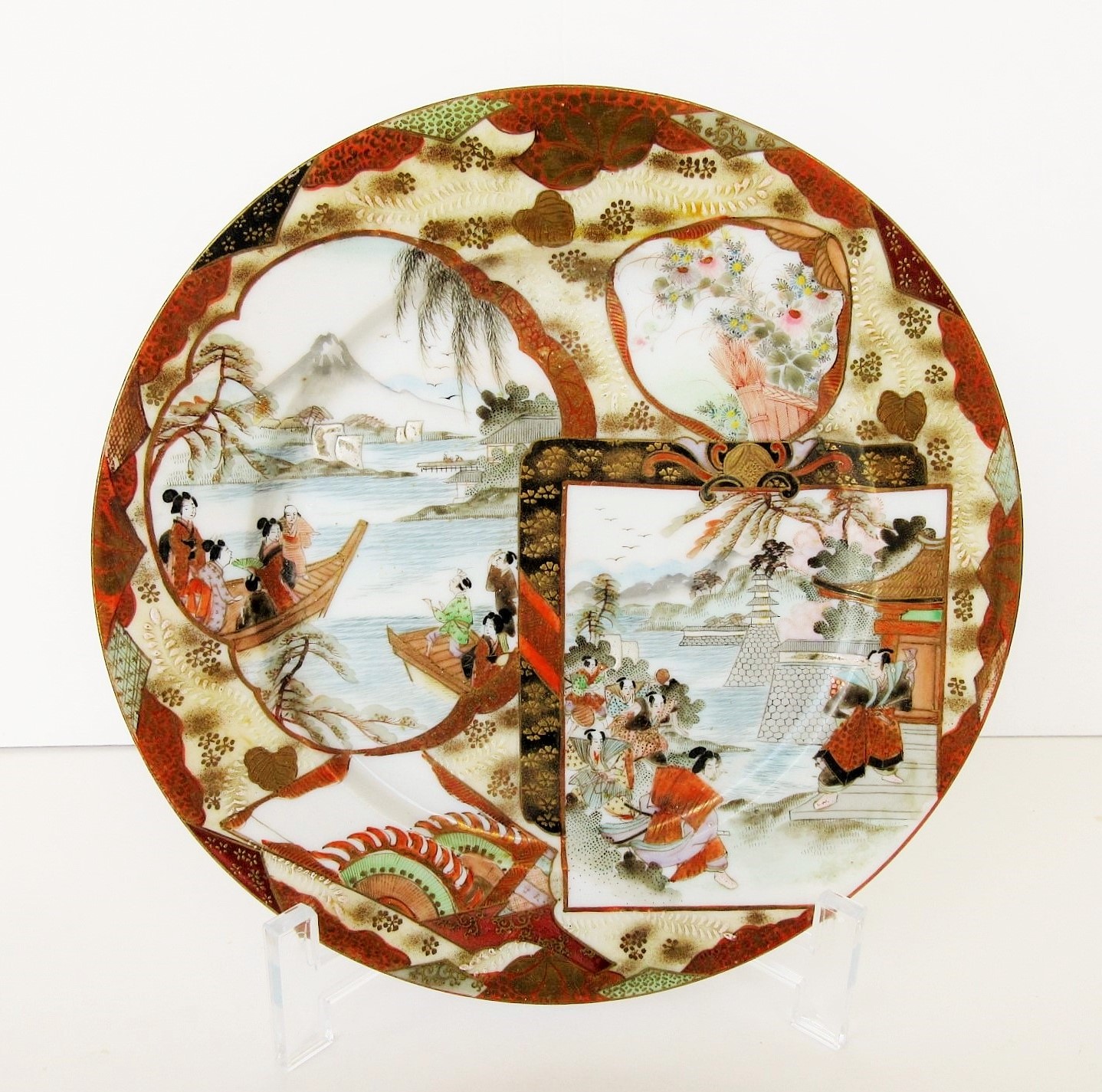 The composition of panels and also the technique of mori-kin (embarked gold) and shiro-mori (embarked white paint), these were technique peculiar to Meiji kutani.

A figure of people is drawn in two panels, and flowers are drawn in detail in another panel. It is an plate elaborate decorated with gold and brocade, and with the technique of mori-kin and shiro-mori. 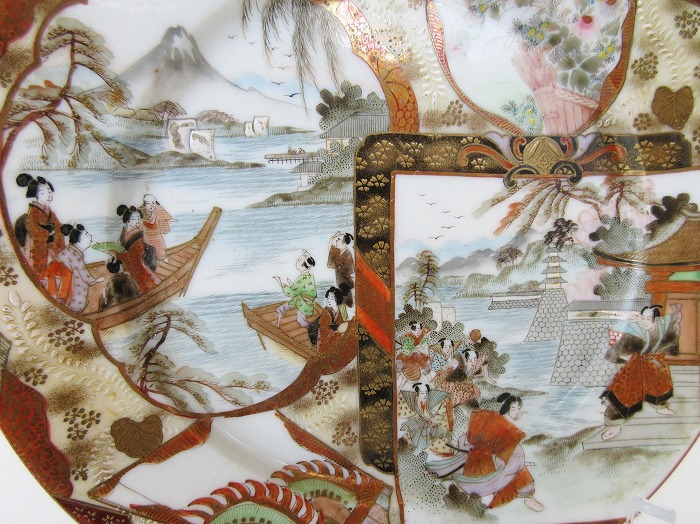 In the panel, some scenes taken from a story are drawn in detail, in short, two samurai face each other with a samurai holding something, and other samurai watch over them. In the other, the women board a boat to see Mt. Fuji and return, so the scene of the pier idyllic. This is in contrast to the scene of the samurai.

As a whole painting, the samurai kimono (hakama), the finely drawn stone wall with a hexagonal pattern, the thatched roof shining with gold, and the branches of pine and willow, they are drawn with delicate brush strokes. 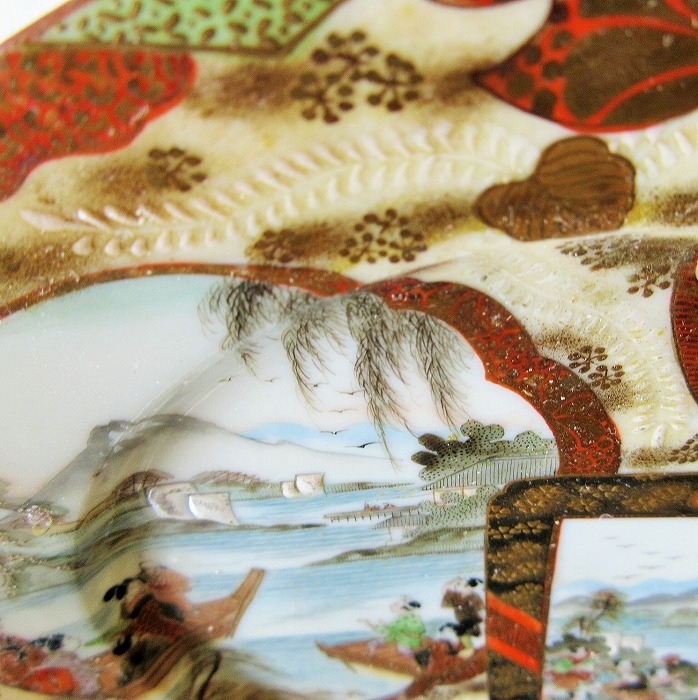 The technique of shiro-mori, which was popular since the middle of the Meiji period, is used. It is used for the whiteness of the sail, its bulge, and the white back side of the fern (meaning congratulations for longevity and prosperity of the family) to create a subtle contrast with the color of the body. 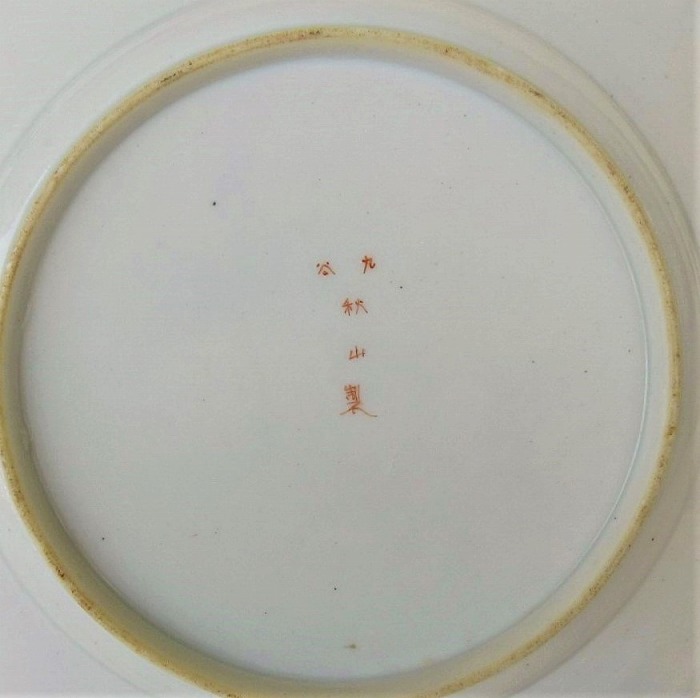 The back name is written as “kutani / made by Akiyama”. There are also “Akiyama-do” and “Akiyama Komajiro Store”.

About the creator of the work, search for “Akiyama Komajiro, his works and his history“.