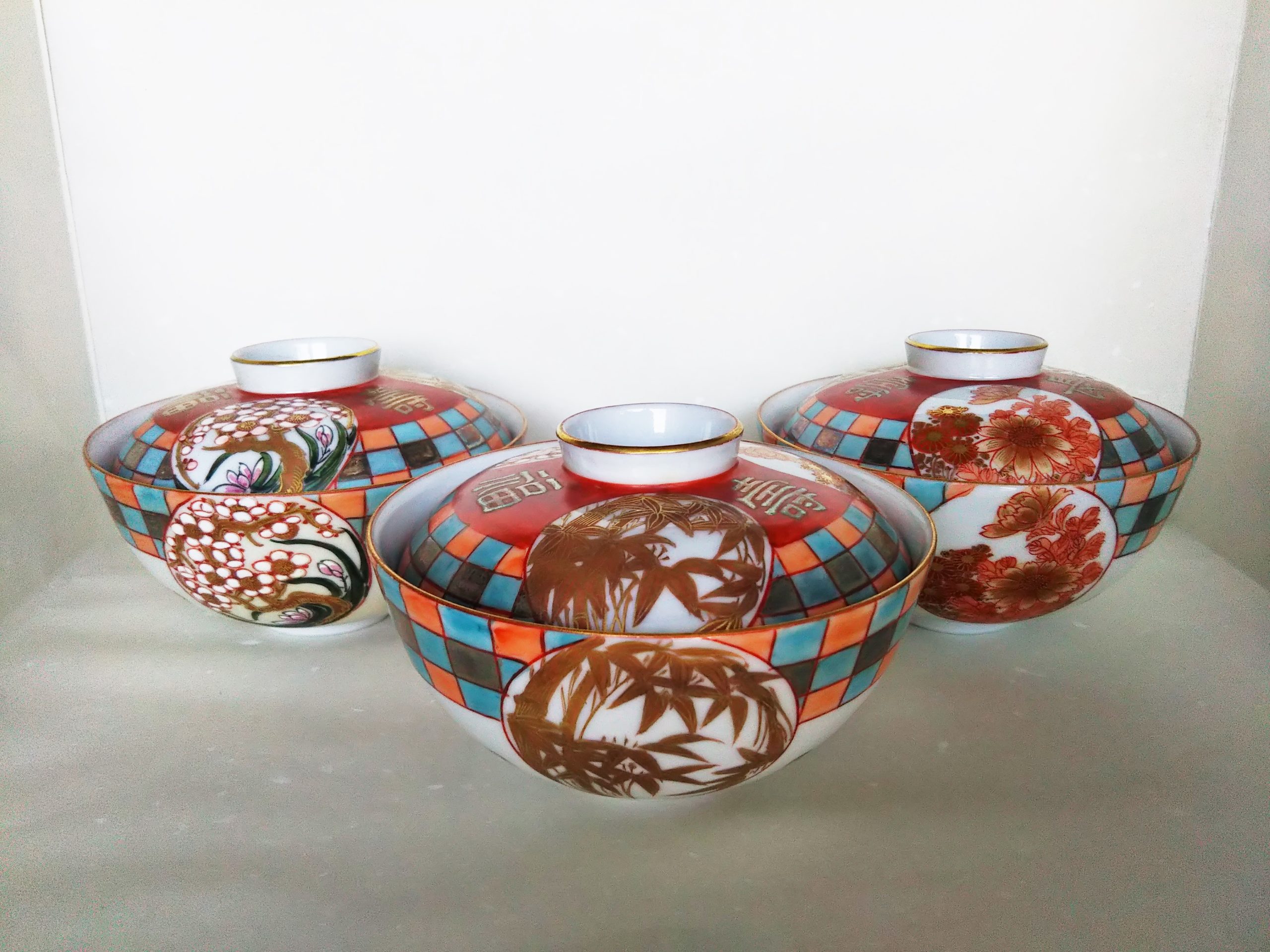 Each of 3 bowls and 3 lids has 3 windows, and the design of “four gentlemen” (each appearance of 4 plants was likened to a prince) is drawn in the windows. Because plum, orchid, bamboo, and chrysanthemum were often praised by the prince among the plants. And 3 kanjis of “fortune, long life and longevity”, folded‐paper cranes and checkered patterns are drawn. 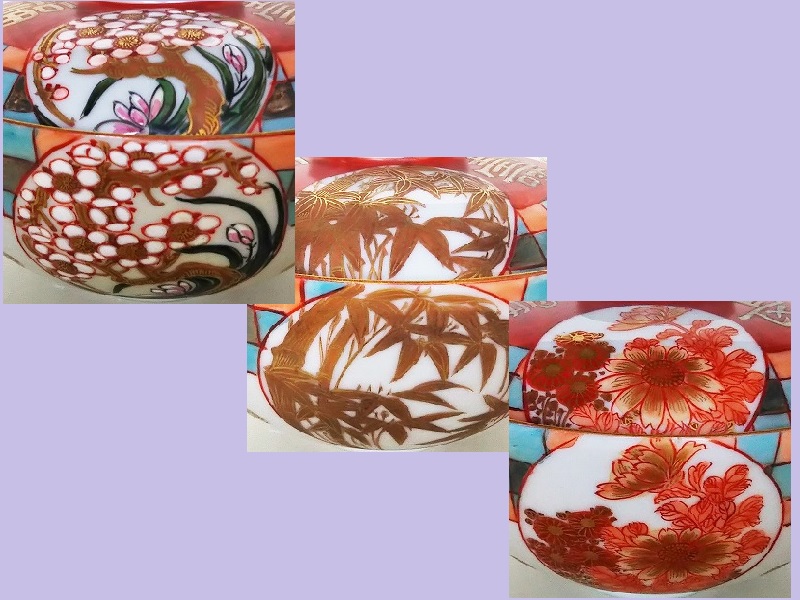 In old China, plum, orchid, bamboo, and chrysanthemum were praised as the prince among the plants a long time, and was chosen to show the qualities of the prince. In the Edo period, the plants changed the meaning to represent four seasons, so they were incorporated in the design for various things, or used as the auspicious pattern.

It is interesting that 4 plants are arranged in 3 windows. Plum and orchid are drawn in a window. Plum has a noble scent in the severe cold of winter, and orchid representing spring looks like it’s gently waiting for spring at the root of plum. Small orchid means modest appearance which was required of the prince. Orchid represents modesty which was one of qualities of the prince. 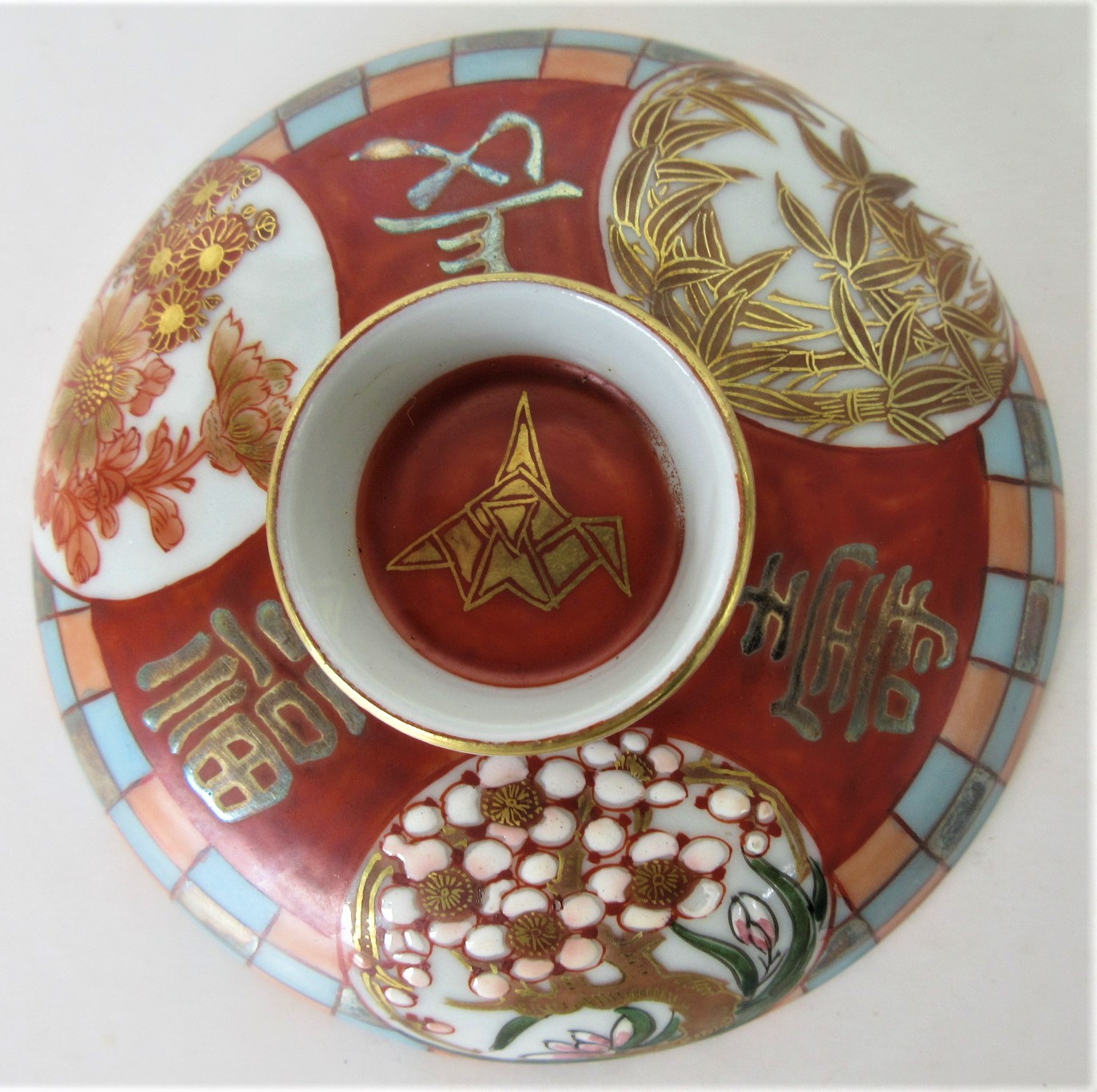 In addition to the four gentlemen, on the lid, the kanjis of “fortune, long life and longevity” are written in silver, folded paper cranes are colored in gold, and a bright orange checkered pattern is drawn to match the pattern of the bowl. 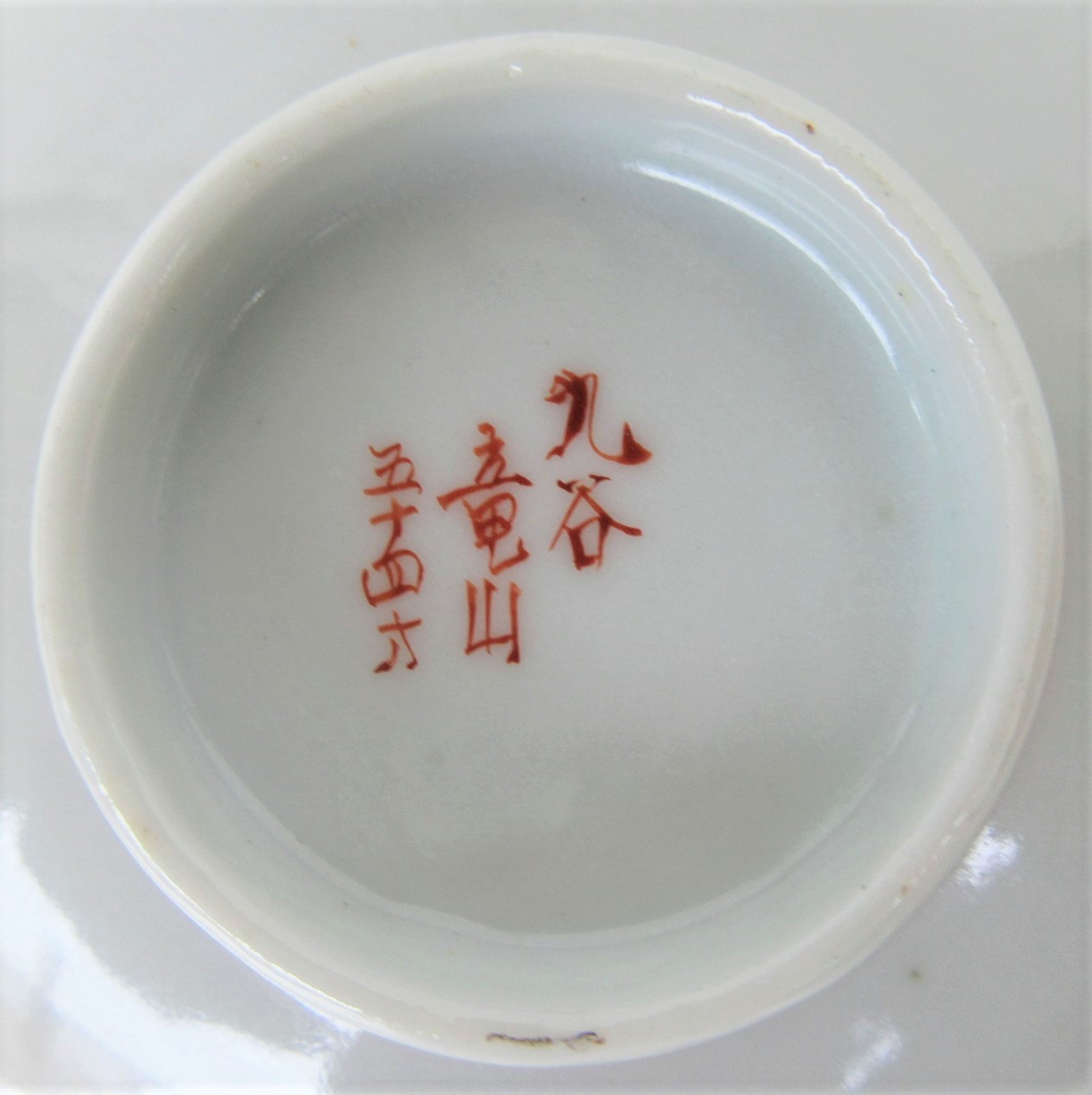 The back name is written as “kutani / Ryuzan / 54 years old”. It’s a rare style. There are many examples that master craftsmen wrote their ages as a part of their back names. In the case of Ryuzan, it seems that after retiring from active duty, he prayed for his “luck” from now on (until he died at the age of 75) by incorporating designs and patterns such as “Four Gentlemen”, auspicious kanjis, paper folded cranes, and checkered patterns.

the creator of the work

About the creator of the work, search for “Ishino Ryuzan, his work and his history”.