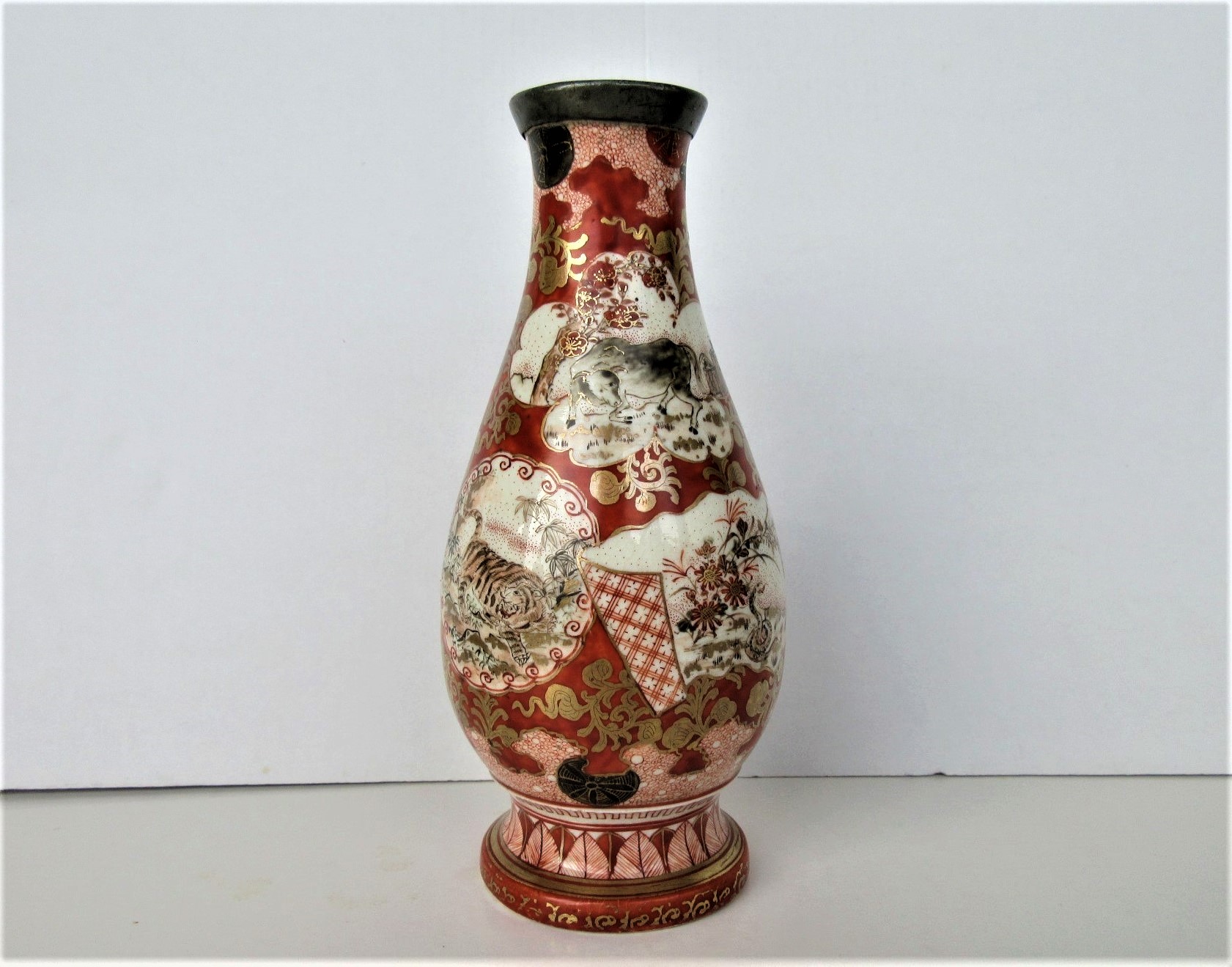 The vase has 6 Japanese zodiac signs and scene related with fable designs. However, on this small vase, the first half of the 12 zodiac signs are drawn.

Based on many fables, the master craftsmen of the Meiji period painted various designs that mean prosperity of descendants, prosperity of the house, and longevity, or old stories etc., so the Japanese zodiac was often used as one of the motifs. 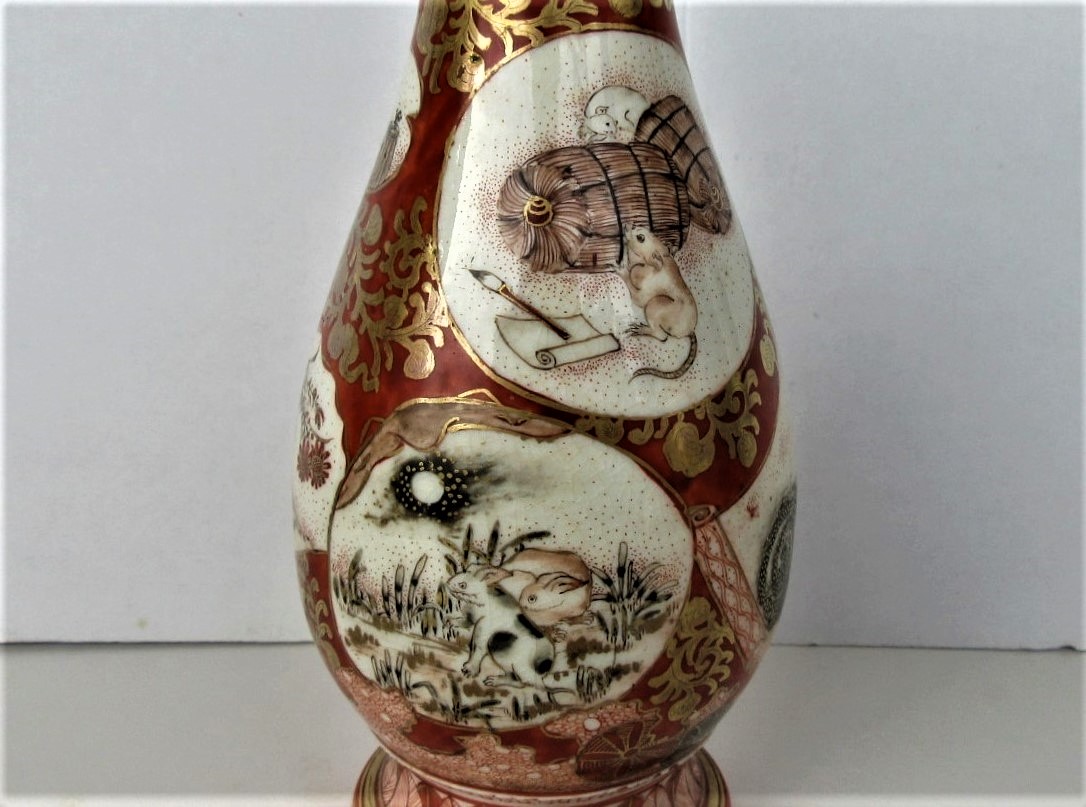 First of all, regarding “mouse and rice bales”, mouse are prolific creatures, so it means prosperity of offspring, and rice bales are lucky charms to celebrate the abundance of grains. So both means they are auspicious in combination.

Regarding “rabbit and full moon”, two rabbits looking up at the full moon are drawn. Like the legend in “Konjaku Stories” talked about the moon and rabbits, or since the legend that rabbits might live on the moon were handed down, it seems that this combination was made from ancient times. 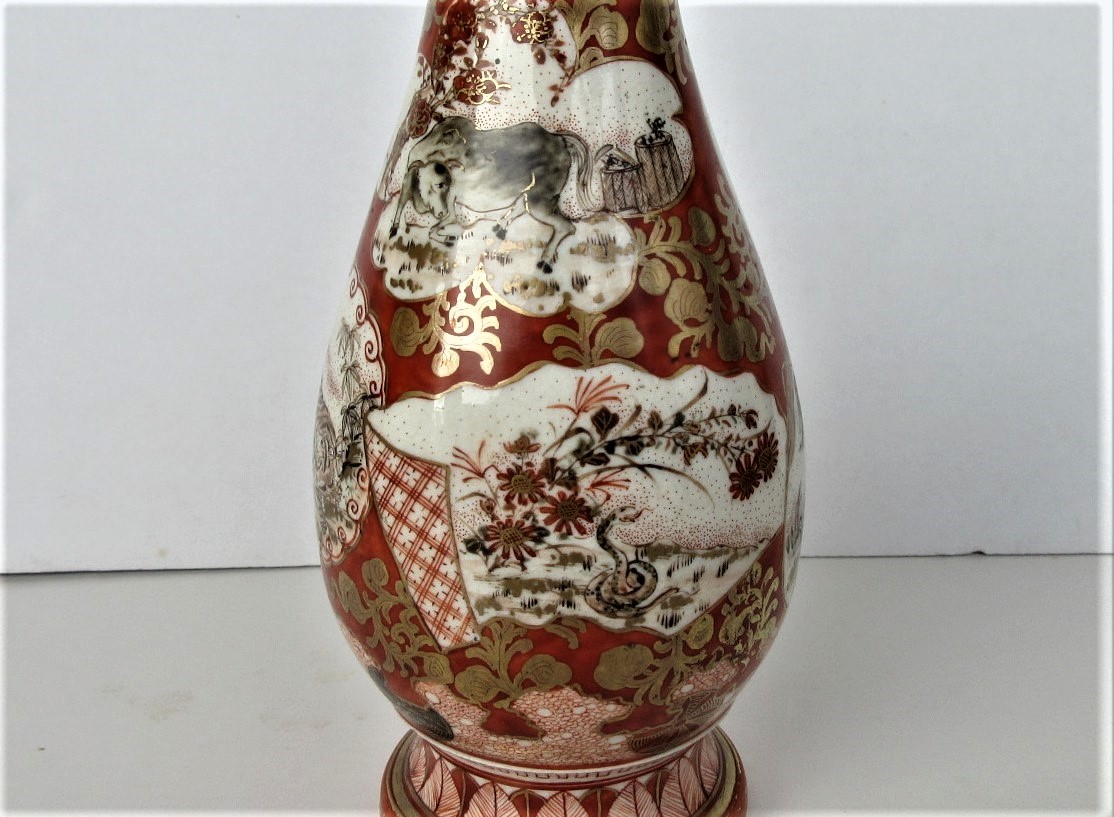 Regarding “ox and plum”, the ox recalls the shrine Tenmangu, which enshrines Sugawara Michizane, who was famous for plum lovers and exiled to the shrine far from Kyoto. Furthermore, since Sugawara Michizane was worshiped as the god of learning, it is thought that craftsmen prayed for the improvement of their skills. At the same time, it seems to be related to the legend that the Kaga Maeda family was believed to be the descendant of Sugawara Michizane. 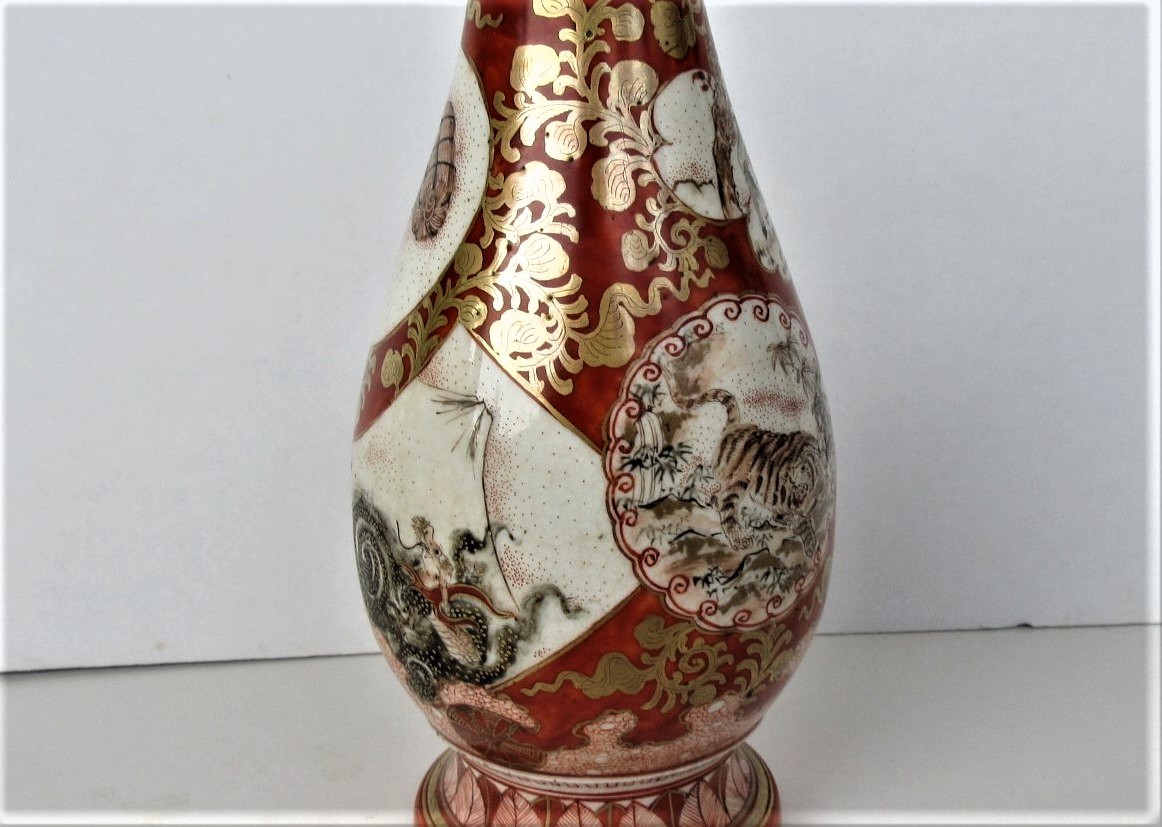 Regarding “tiger and bamboo grass”, it was said that the tiger meant a drunkard and the bamboo grass meant sake (it seems to be in the wife’s language), so “tigers come with bamboo grass” was told funny. It seems that the bamboo grass became a design suitable for the tiger. Also, since the design “bamboo tiger figure” could be seen in ko-kutani, this creator might be inspired by that design. 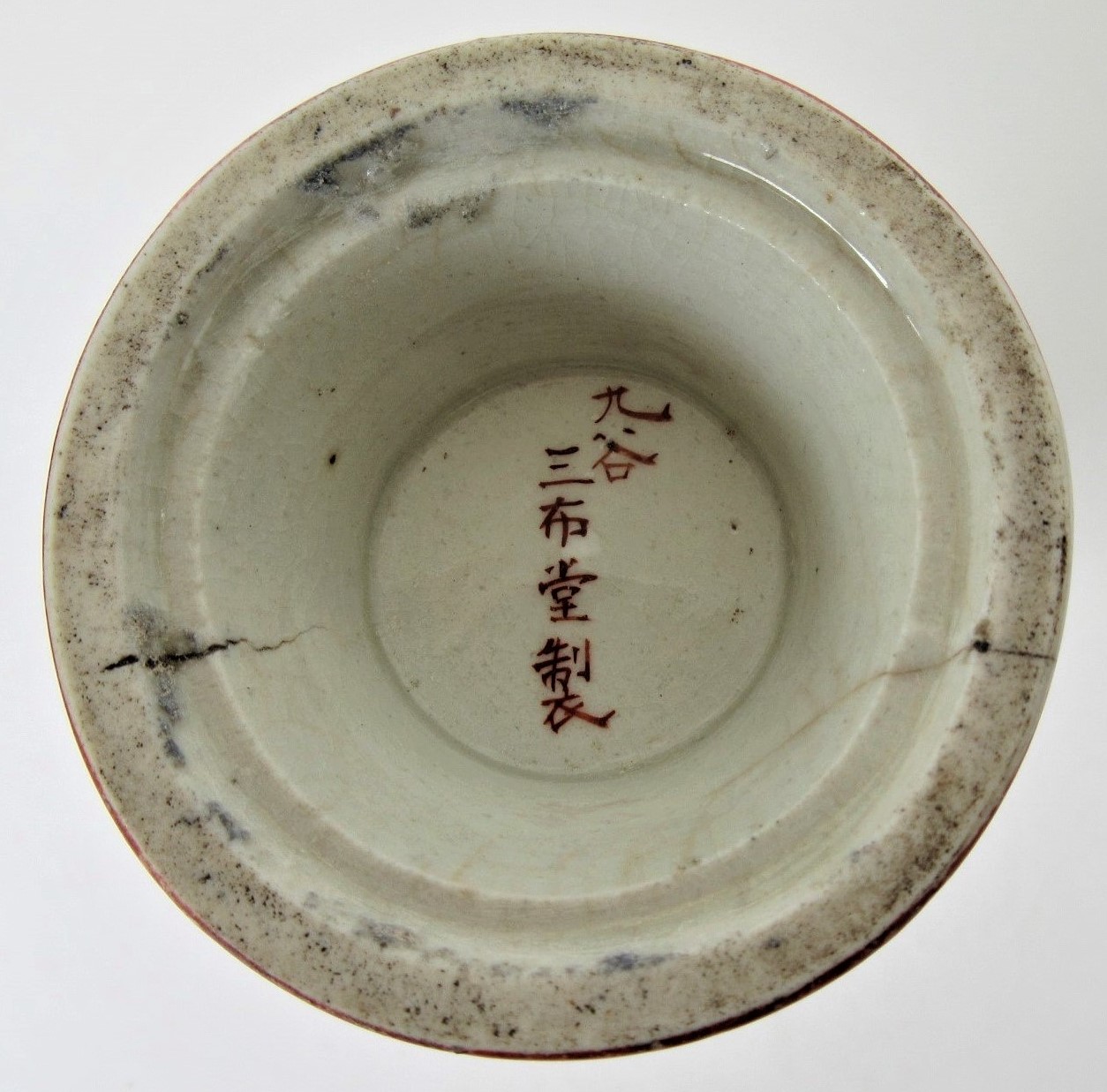 The back name is written as “Kutani / Mino-do”. “Mino-do” is the store name of Kasama Shuseki. He had other back names.

Kasama Shuseki (Yaichiro) was born as a child of Ecchu-ya Heikichi (1790-1856), who was the foreman of the Minzan kiln, and is said that he learned the technique of red painting from his father. After that, he was adopted by the Kasama family (details unknown).

He was a disciple of Kutani Shoza from around 1877 to around 1883, and he became known as Shoza’s high-ranking disciple, and was said to assist Shoza. After the death of Shoza in 1883, he returned to Kanazawa and started the porcelain painting business, creating many works of red painting or brocade. His works were highly evaluated, so it was said to be a master craftsman among the master craftsmen of Meiji kutani.

It is said that “mino” in “Mino-do” means to combine various cloths to make new ones, so it is believed that Kasama Shusei combined three styles (Shoza style, Minzan kiln style (red fine drawing) influenced by my father, and his own style of painting), and adopted “mino” for the store name to express his strong willingness to create unique new painting style by combining the painting styles.