Waka poems are written in gold on the outer surface painted in black, but in order to visually decorate the waka poems, seasonal scenery (seasonal quaint things, natural features, etc.) is drawn on the inner surface. It is stylish that the designs and patterns of the four seasons on the inside and the black surface on the outside stand out from each other. 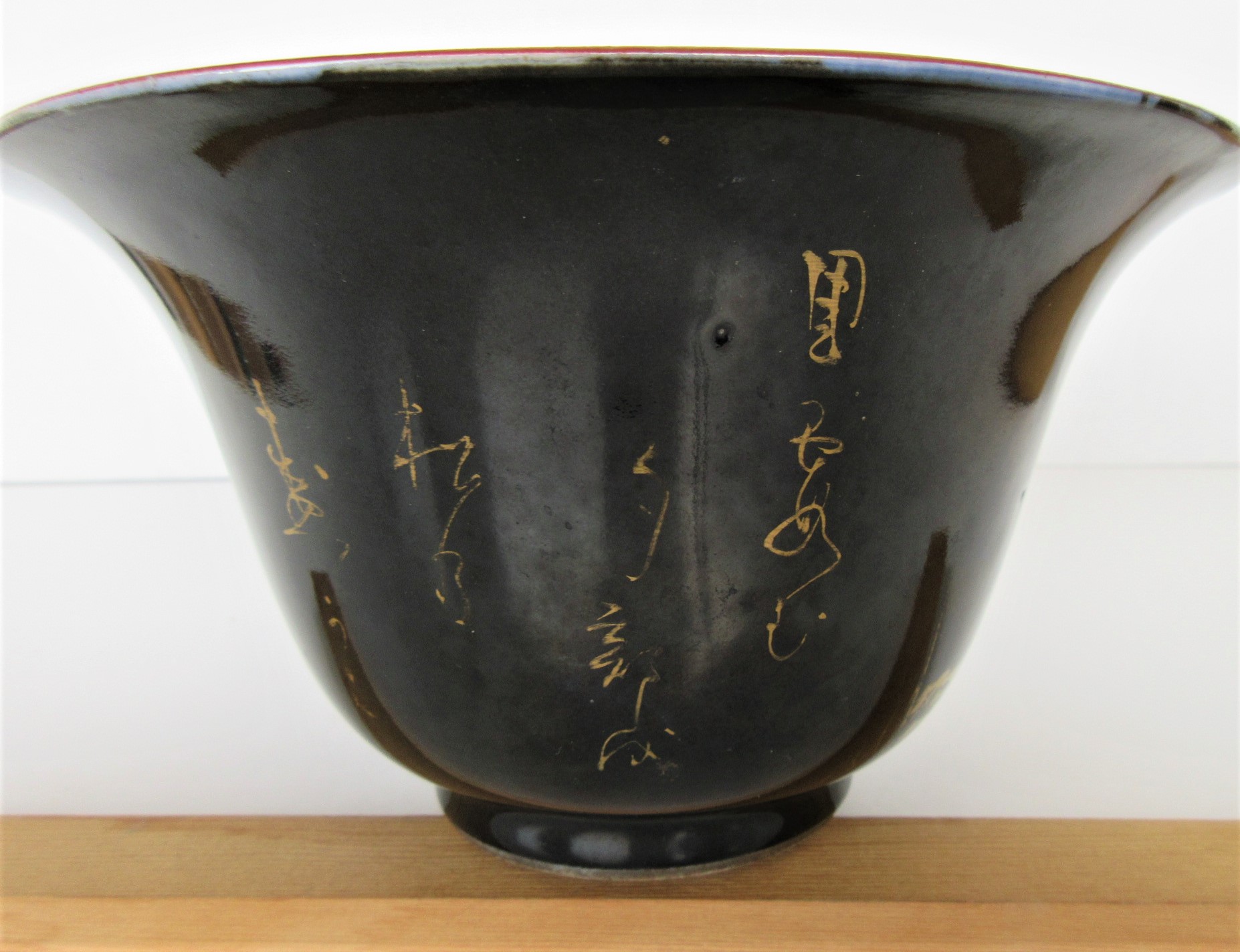 The outer surface is painted in black, and the on the surface, waka poems and pine trees are written and drawn in gold. This waka poem seems to be decorated with colorful design inside. 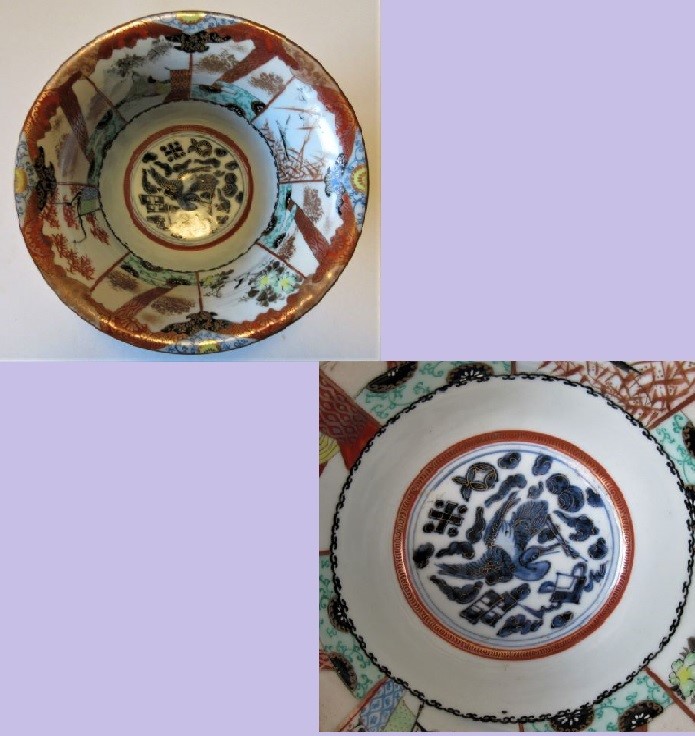 The inner surface is divided into eight windows, and the seasonal scenery is drawn in four windows, and the other four are gorgeously and delicately filled up with flowers in gold, brocade patterns, and clouds carrying auspiciousness. The center shows an unusual composition that the crane and auspicious pattern in blue and white are decorated with gold. 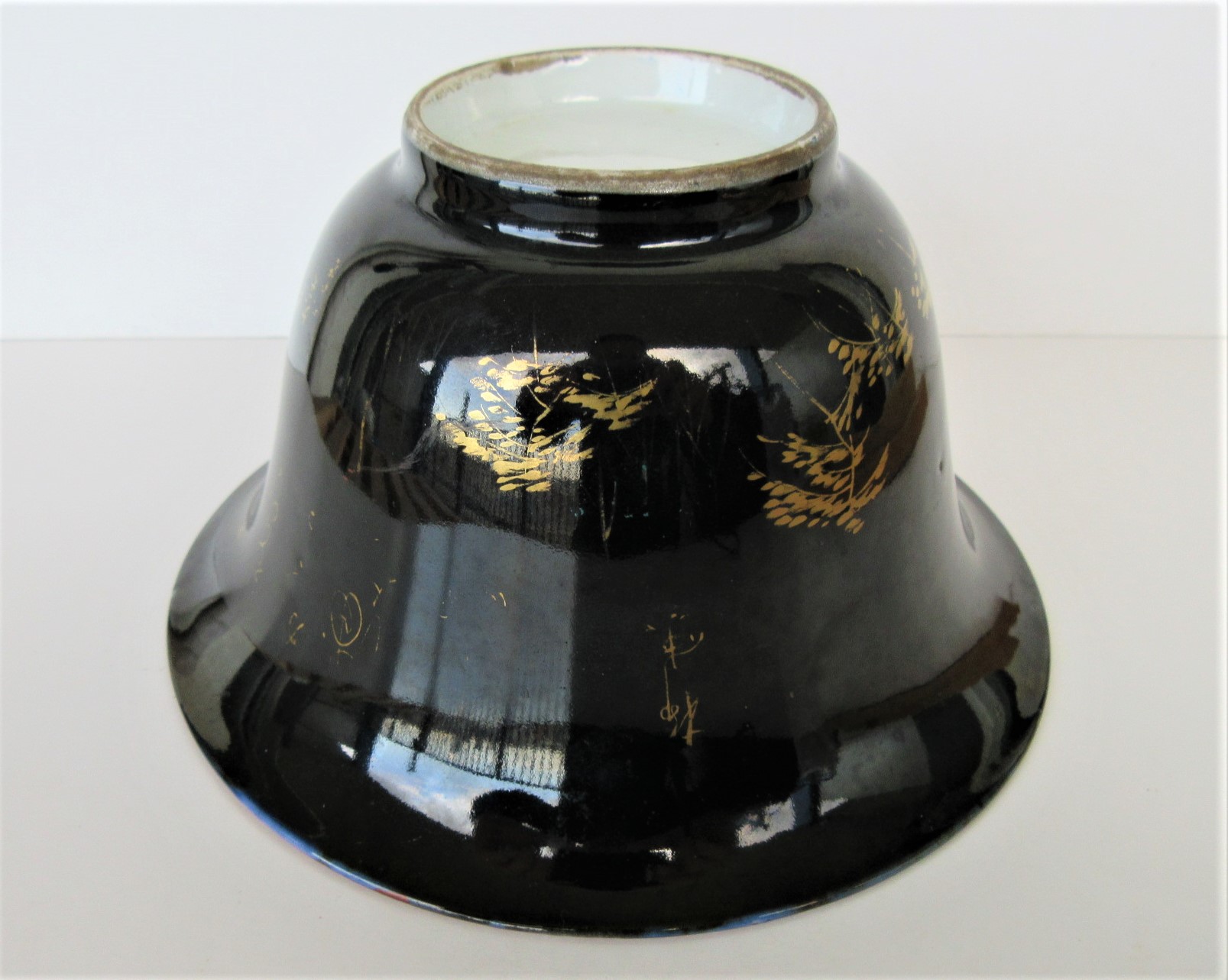 The unusually shape of the bowl is called a helmet bowl because it looks like a samurai kabuto when the bowl is turned down. The helmet-shaped bowl could be seen in the works of Yoshida-ya kiln in the late Edo period, but it is a relatively rare shape in Meiji kutani.

The beauty in the molding of this bowl is great, and it is molded so that it gradually becomes thinner toward the edge and warped. In addition, the molding of a slightly higher foot is also beautiful. 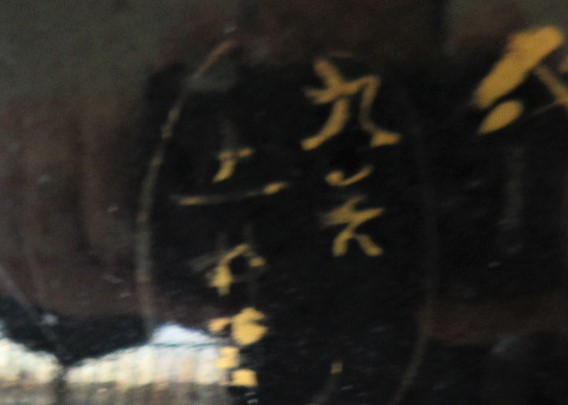 The back name “kutani / Kamide” is written in gold on the black outside. It is written under the waka poem so small that it may be overlooked.

About the creator of the work, search for “Kamiide Kizan, his works and history“.