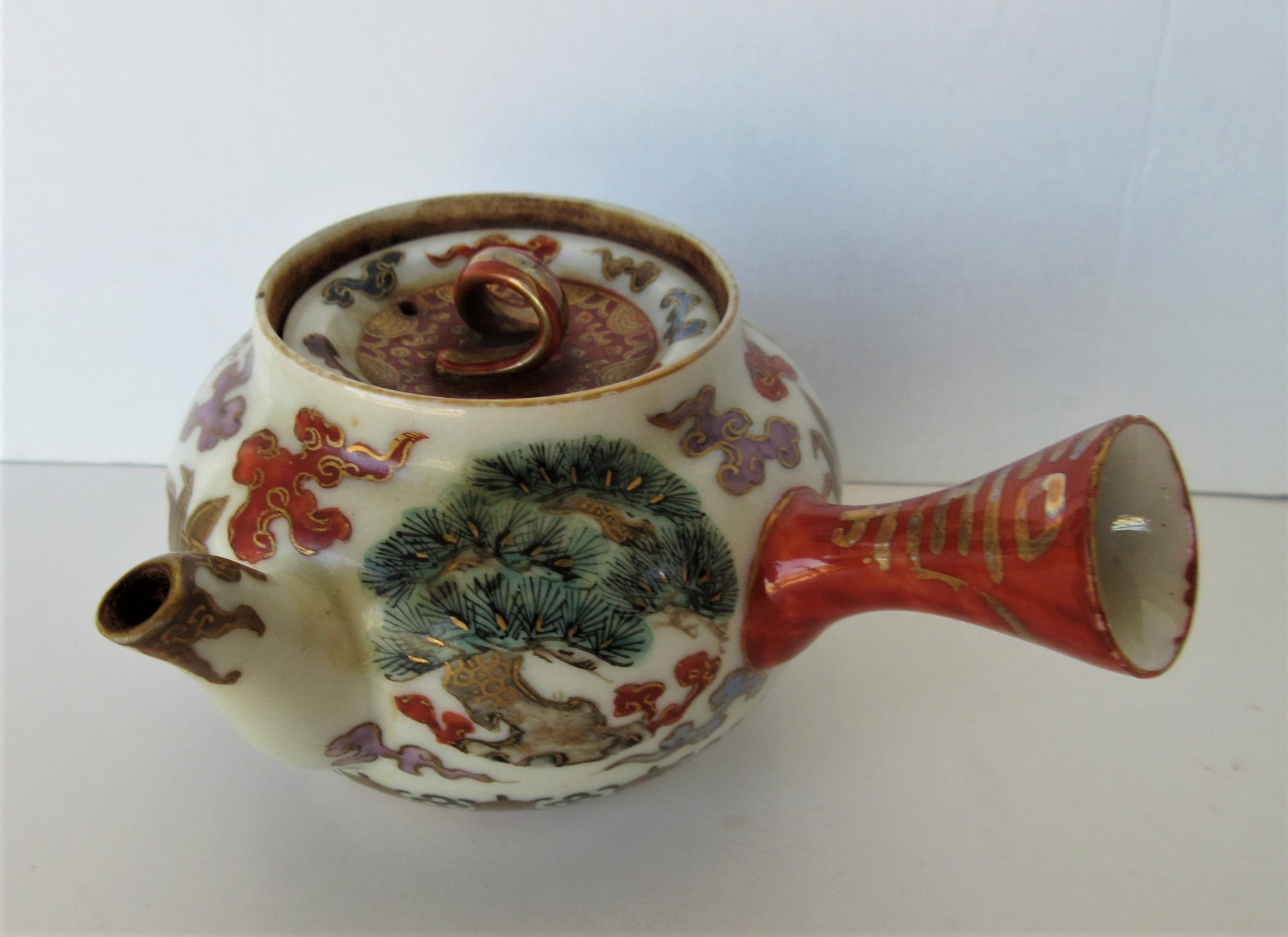 The surface of this small teapot is gorgeous with colored paintings, gold and brocade, and many designs such as “sho-chiku-bai” (pine, bamboo and plum), “folded paper crane” and “auspicious clouds” are drawn. In particular, since the design “sho-chiku-bai” is placed in the center, this work seems to be an item to show the prominence. 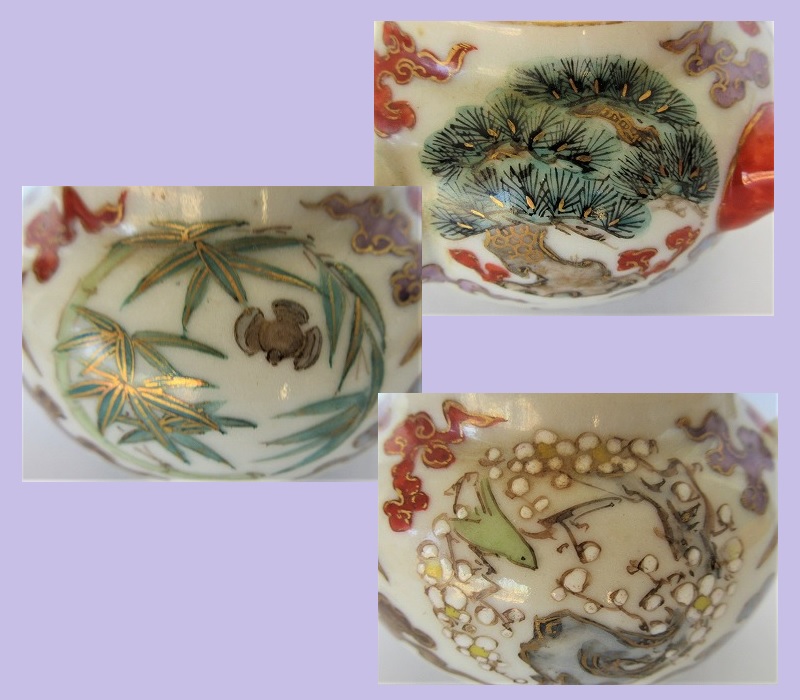 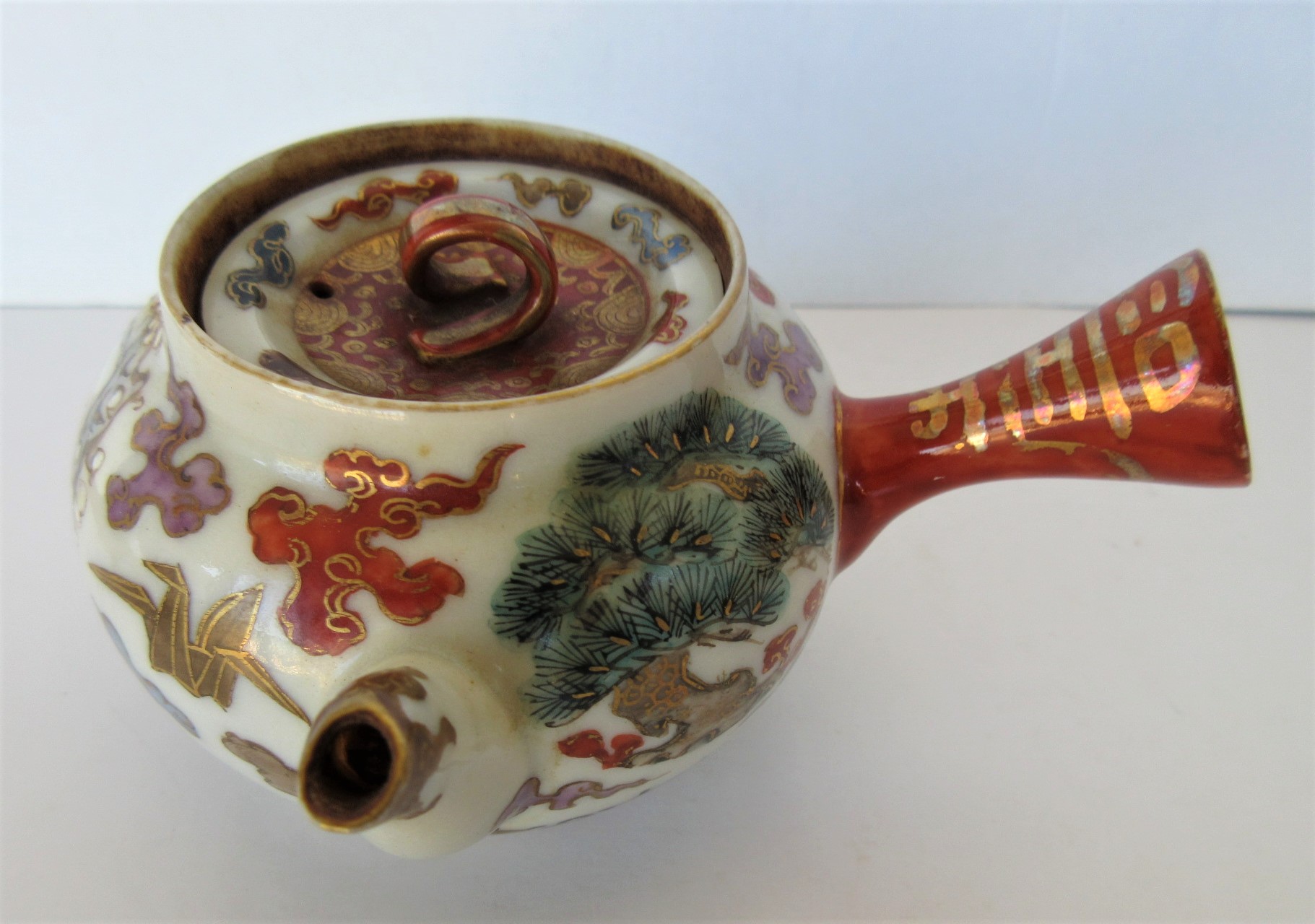 When holding the teapot, the gorgeousness of the brocade pattern that decorates the lid would be felt, and a character “ju” (寿long life) in gold like a pattern is written on the handle.

A small knob of the lid and its surroundings are decorated with brocade, and auspicious clouds are flying also here, so the whole surface is decorated in detail. 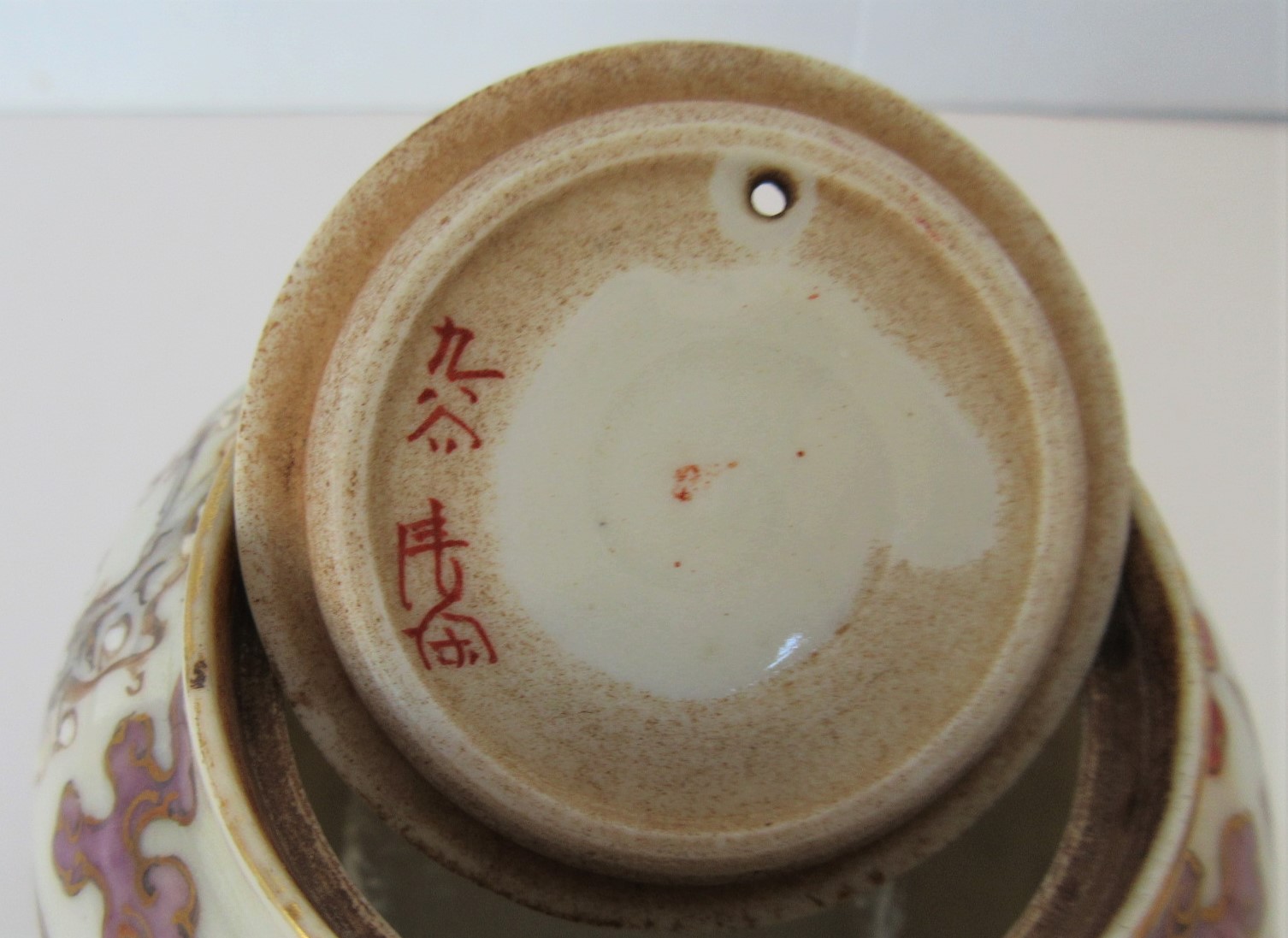 The back name is written as “kutani Sheikan” in the back corner of the lid. Since it is a teapot, when the lid is removed, the name seems to be written in a way that makes it look casual.

Shimizu Seikan was one of the master craftsmen who was active since the early Meiji period. It is said that he was involved in the production of works at Fujioka Iwahana-do kiln (opened in 1880) while he early opened a kutani store in Kanazawa in 1876.

Shimizu Seikan sometimes made vases for export with a height of several tens of centimeters, which had detailed drawings of Chinese-style figures and mountain waters. And he made small works for the domestic market. All were works with fine pictures.

In his later years, he closed the store and continued to make small works because he had no one to take over the store.