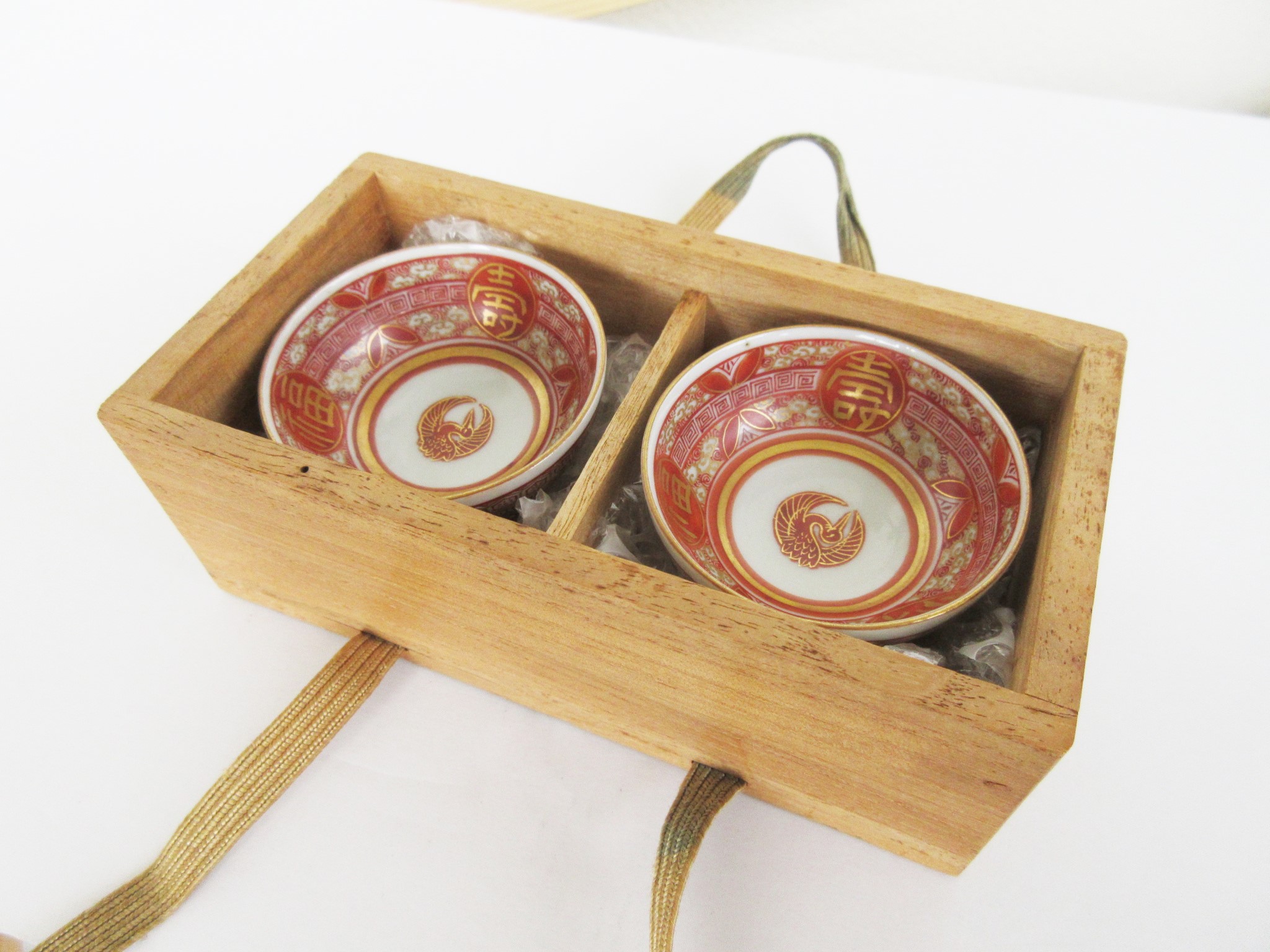 Three characters “fuku-roku-ju (福 禄 寿)”, the figure of “crane”, and the “tortoise shell pattern” on the outside are elaborately drawn. Both the crane and the tortoise shell pattern are related to “fuku-roku-ju”, who is a god of the Seven Lucky Gods, and together with the brightness of “happiness” expressed by brocade, the wish for “longevity” is well expressed by them on a small vessel. 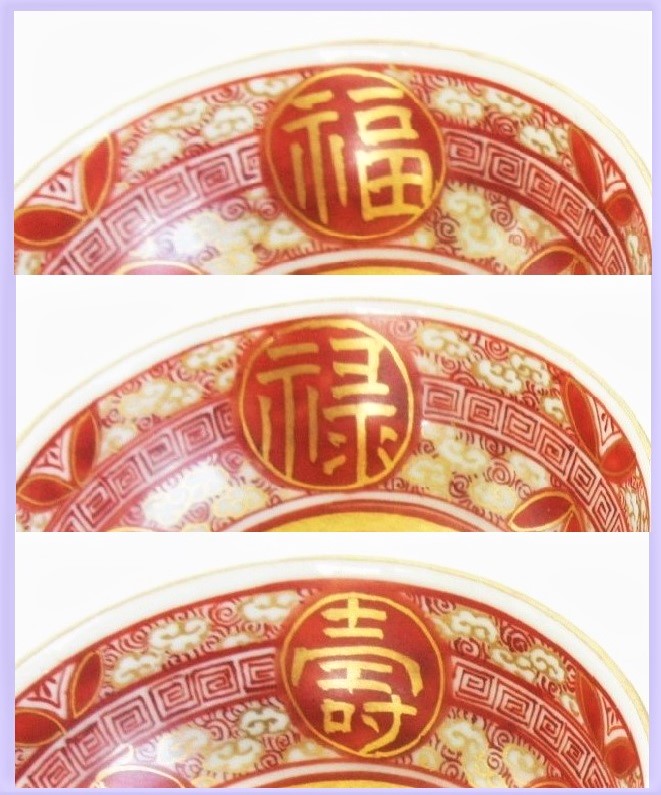 Originally, “fuku-roku-ju” is one of the Seven Lucky Gods that have been worshiped by people since ancient times, but “fuku” means happiness, “roku” means status, and “ju” means longevity. Because of this, it is said that the first two characters expressed “happiness” and the last “ju” expressed longevity, and it was used like a pattern in celebration vessels. 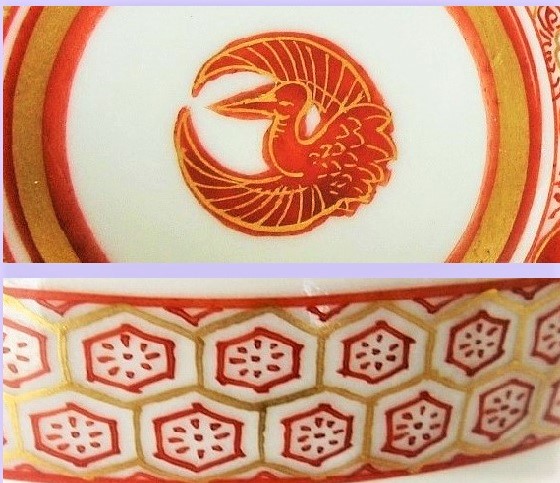 And since “crane” and “turtle”, which are told that they were taken by the god “fuku-roku-ju”, also mean longevity, the crane is drawn in the center and the turtle shell pattern is drawn on the side to decorate it gorgeously. 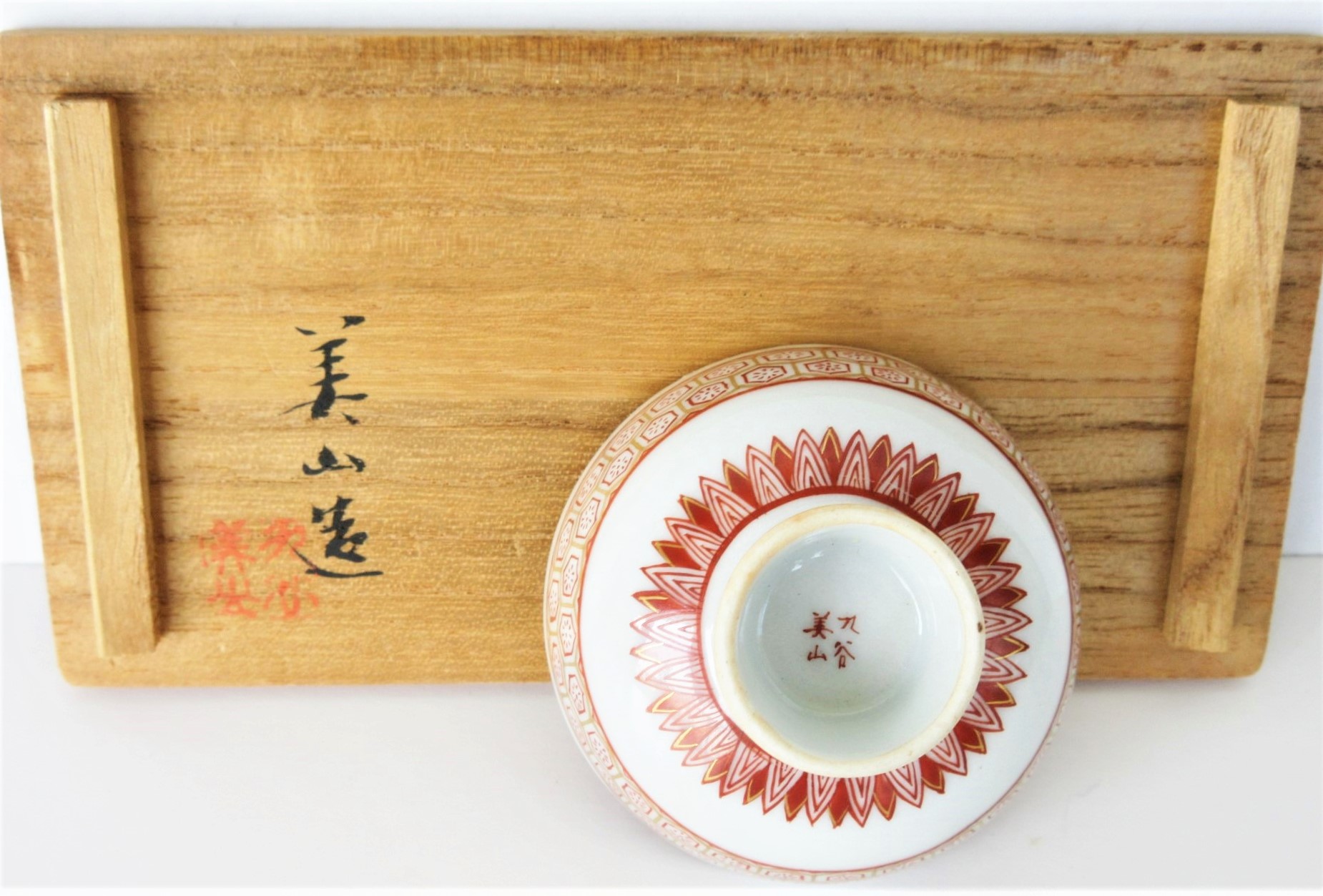 The back name is written as “kutani / Bizan”, and “made by Bizan” is also written on the back of the lid of the wooden box.

About the creator of the works, search for “Shimizu Bizan, his works and history“.