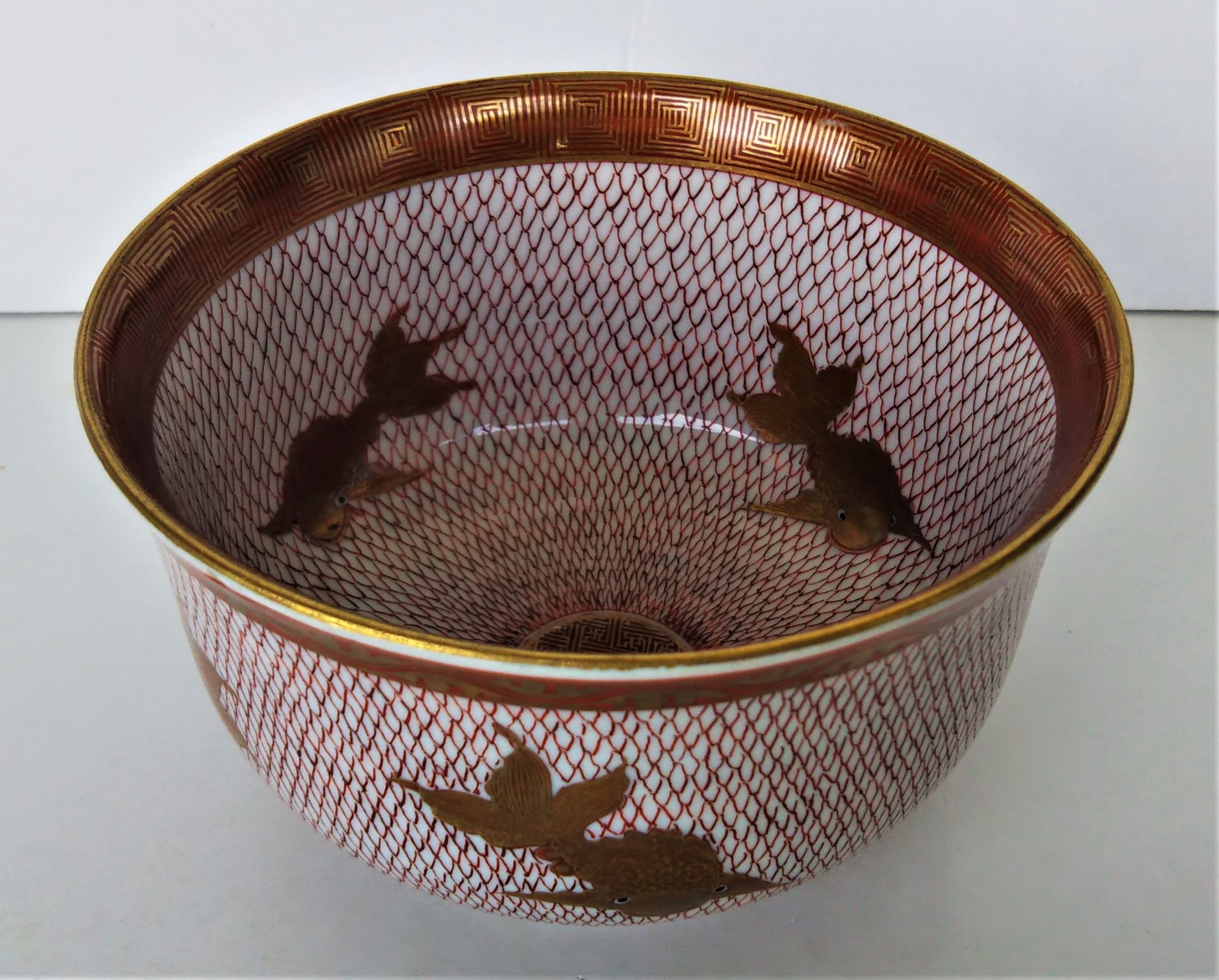 The net mesh stretched on the inside and outside of the bowl becomes finer as it goes down. This elaborate and skillful drawing technique is called ami-no-de”, it was first invented by Saita Isaburo (Dokai) who was the founder of Sano aka-e. afterwards, this technique was inherited by Saita’s disciples, and the first Tomita Shokaku, who was one of Saita’s disciples, was good at it. The net pattern had each feature depending on each painter, so this painting technique became a style in the aka-e painting of Meiji kutani. 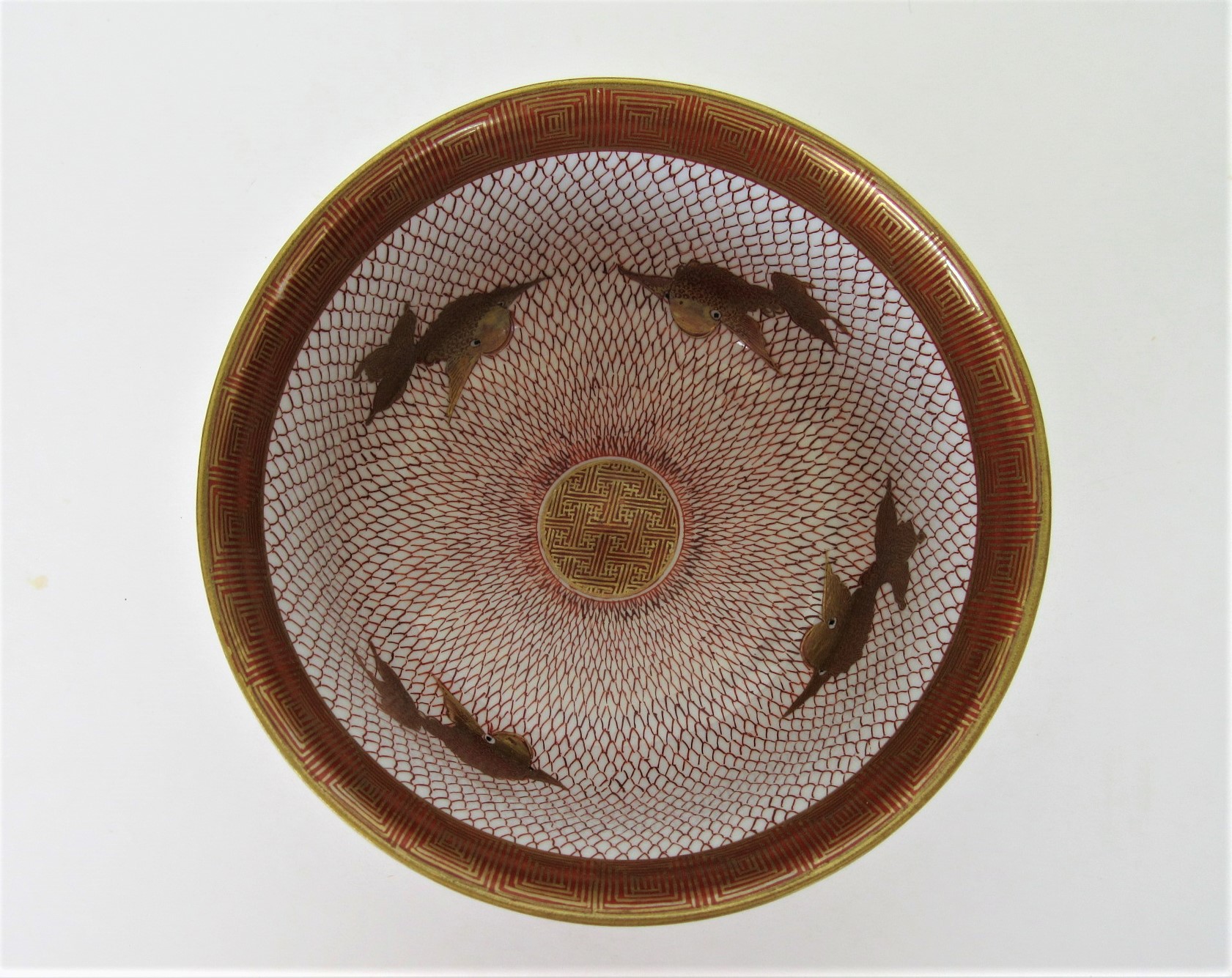 Looking at the inside of the bowl from above, it seems as if four goldfishes are swimming in the net. It is an amazing skill that the mesh becomes finer as it goes down, the net is put together in the center like a round pattern connecting 卍, moreover, the thickness of the line has no unevenness. 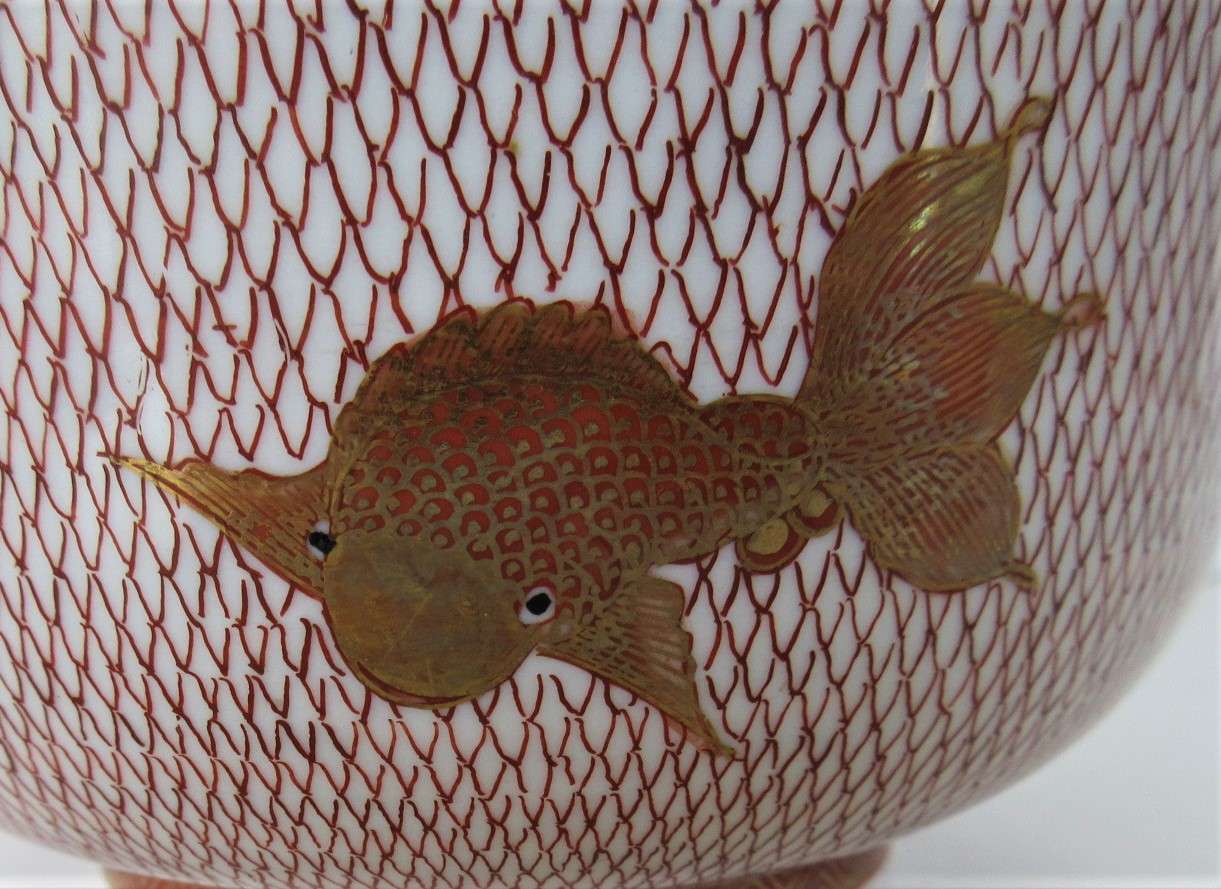 Next, looking at the outside, also, four goldfishes are drawn as if they are swimming in the net. Skillful brush strokes can also be seen, and the scales of the goldfishes, the streak pattern of the tail fins are finely drawn in brocade, and the little black eyes are cute. 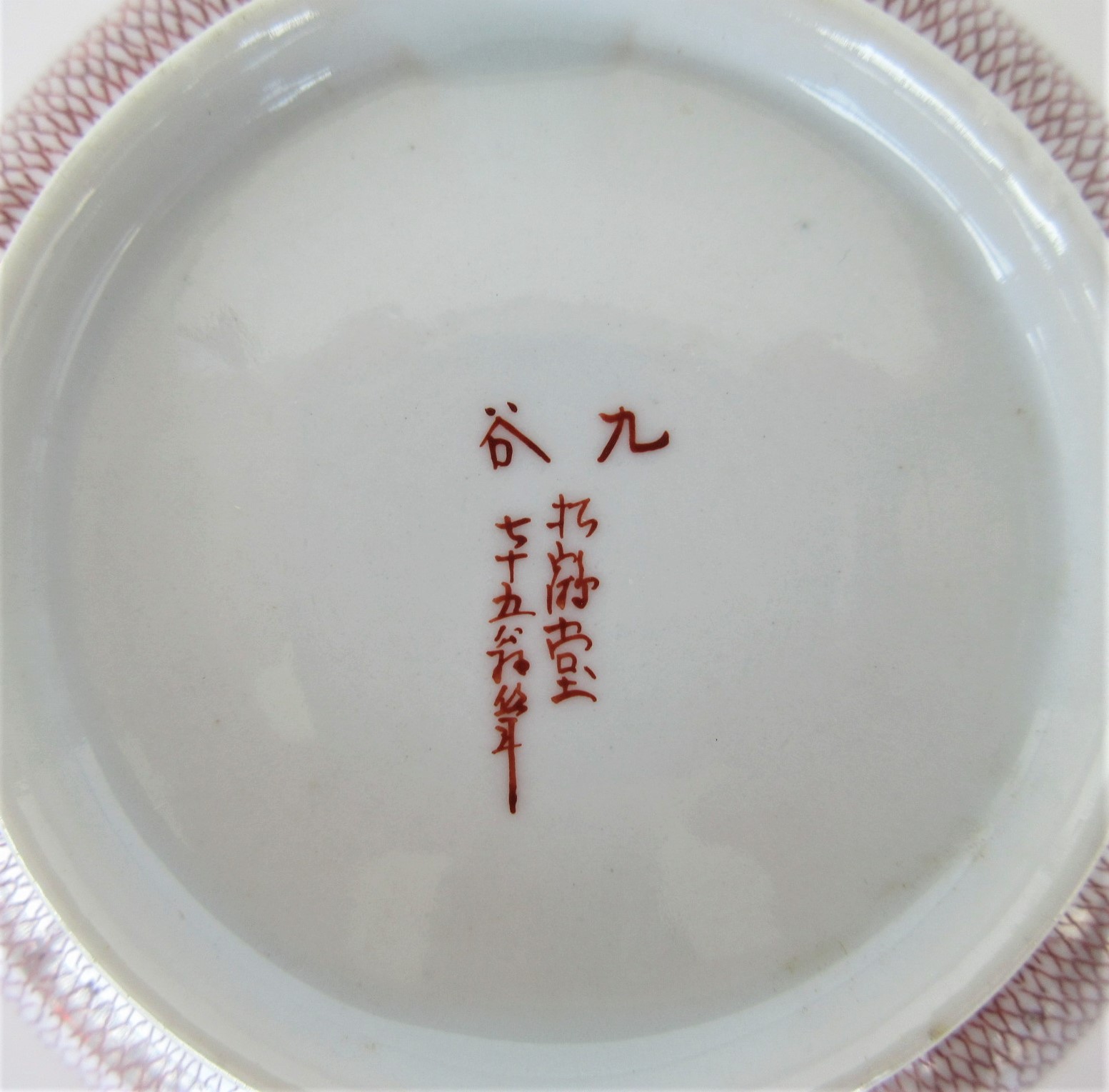 The back name is written as “kutani / Shokaku-do / brush by 75 years aged old man”. It seems that some of the other disciples of Saita also indicate that they have lived beyond the age of 70 in the foot. The first Hashida Yosaburo, who was one of Saita’s disciples, also wrote “Kaga / kutani / 75 years aged old man / Yosaburo”. It seems to be related to the fact that Saita died at the age of 74 in the first year of the Meiji period.