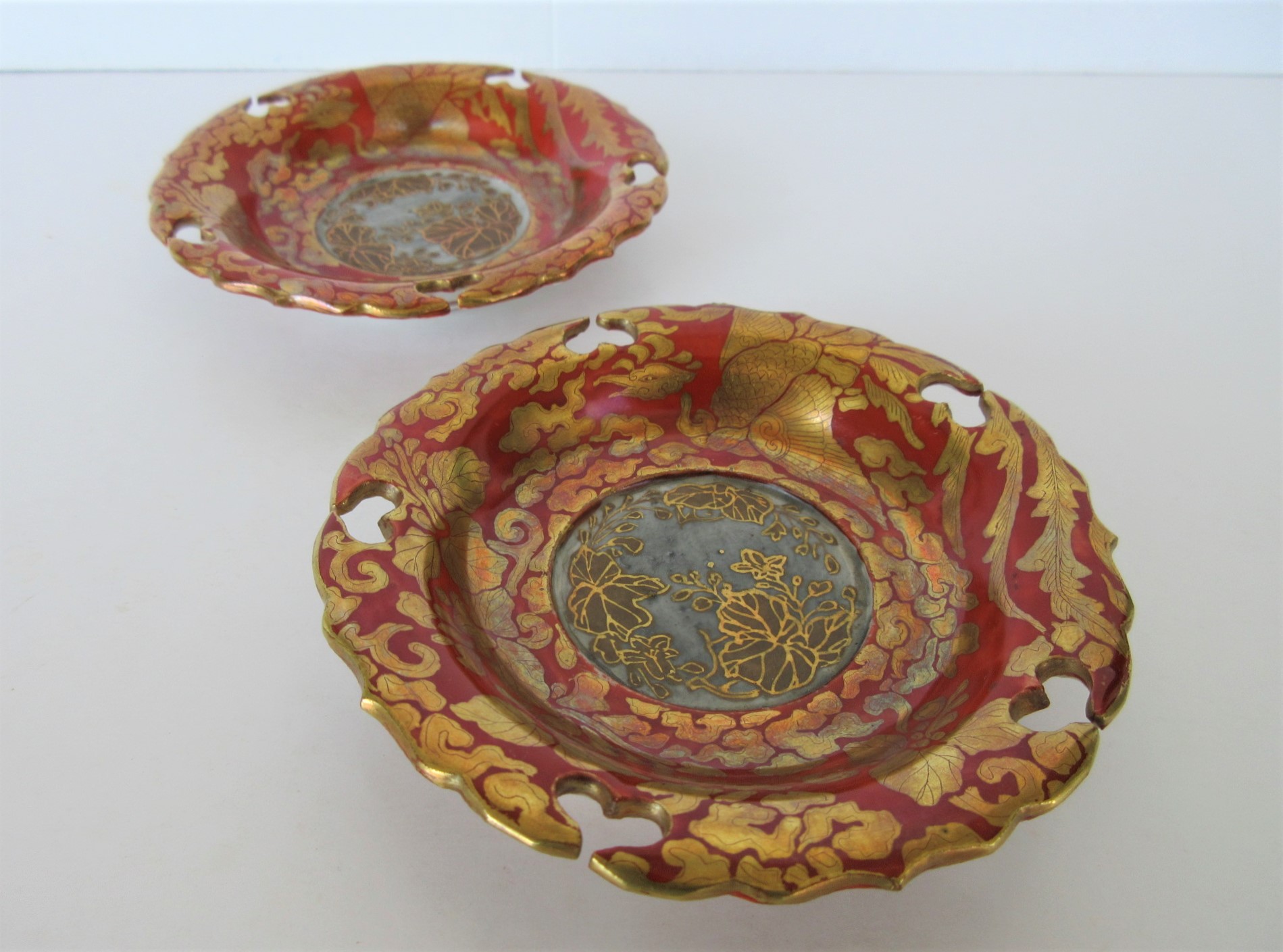 This pair of flower-shaped small plates, which might be the handle of fusuma (something like a door in a Japanese-style room), have a phoenix drawn on the front edge with brocade, and a paulownia flower pattern is colored in gold. On the back, a pattern that seems to be an auspicious cloud is drawn thick and firmly in red and gold. Even if it’s a small work, since the creator’s back name is written, it is believed that this work was highly evaluated. 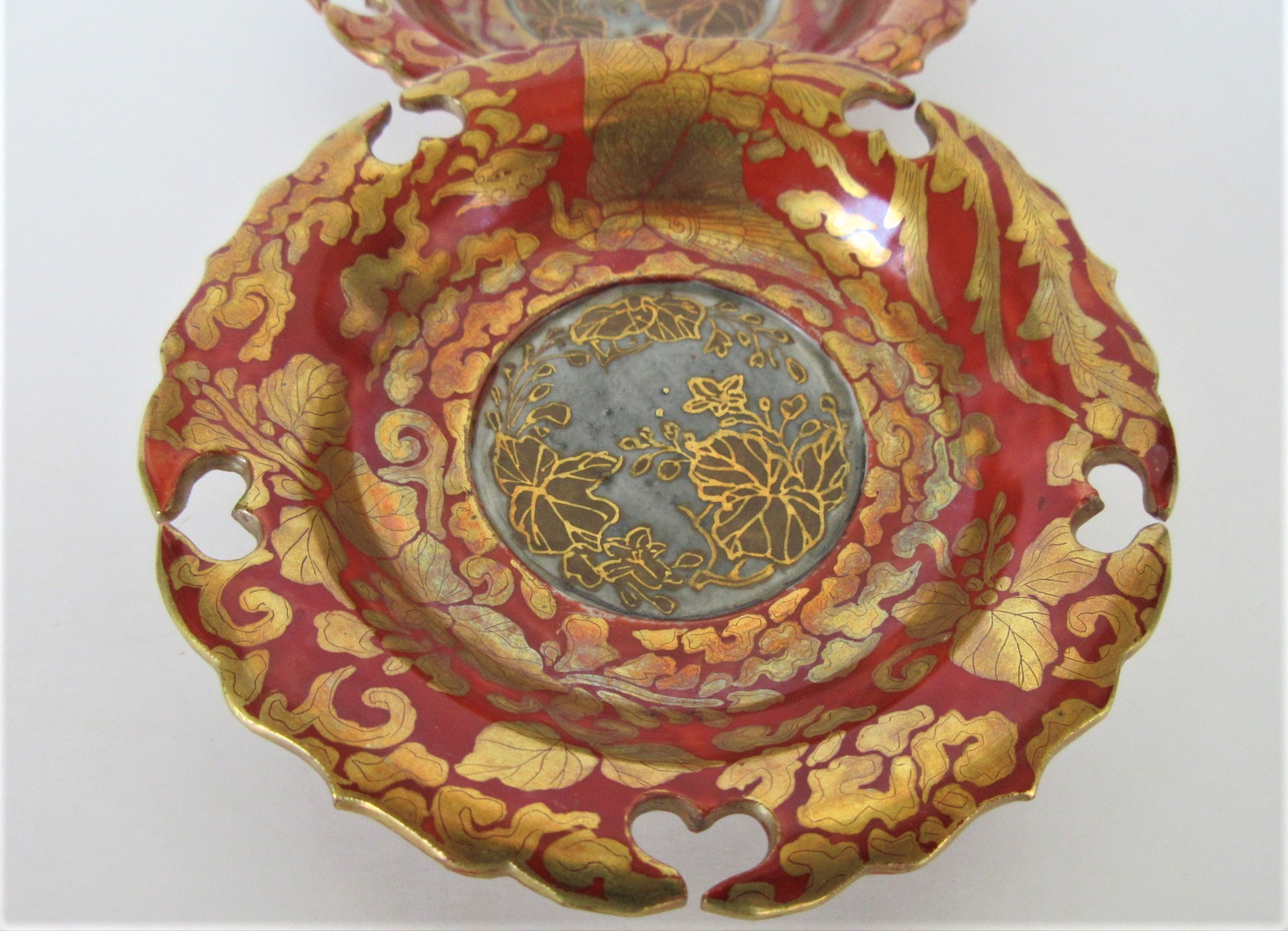 The phoenix pattern is drawn with brocade, and the lines are finely expressed by the creator‘s technique to apply a thin layer of gold. The paulownia pattern was used as an auspicious pattern for a long time, and even after the Meiji period, it was treated as a government emblem according to the Japanese national emblem, and it was distinguished from the paulownia pattern used by the general public, but since the pattern is used indiscriminately on the work, it might been made for a high-ranking person. 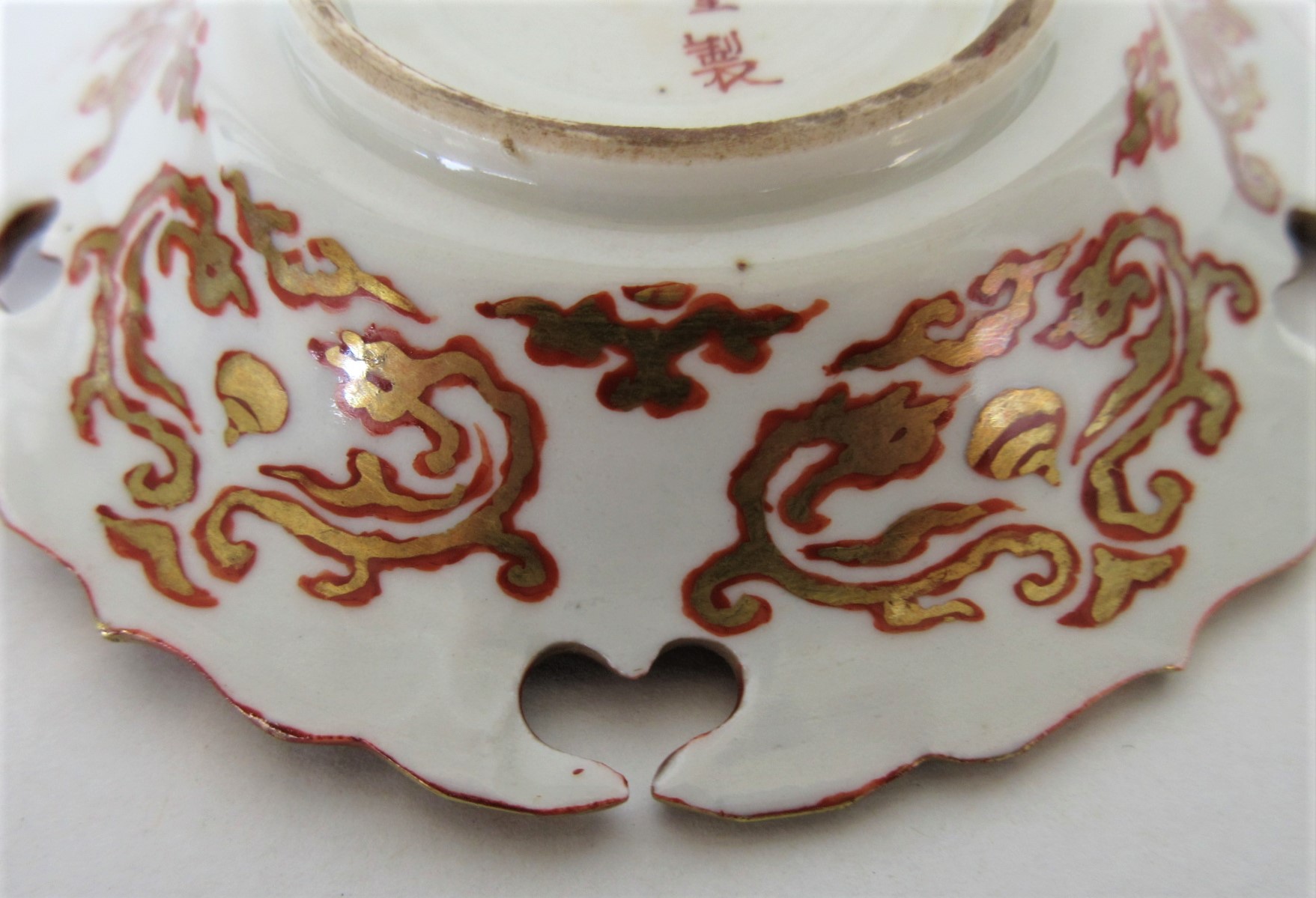 On the back, a scene of floating auspicious clouds is drawn in red and gold. Looking at the shape of the plate, it is shaped like a flower with a notch, and molded as thin as it goes to the edge not to stick out from the surface of the fusuma. So it is thought that it was made by a highly skilled potter. 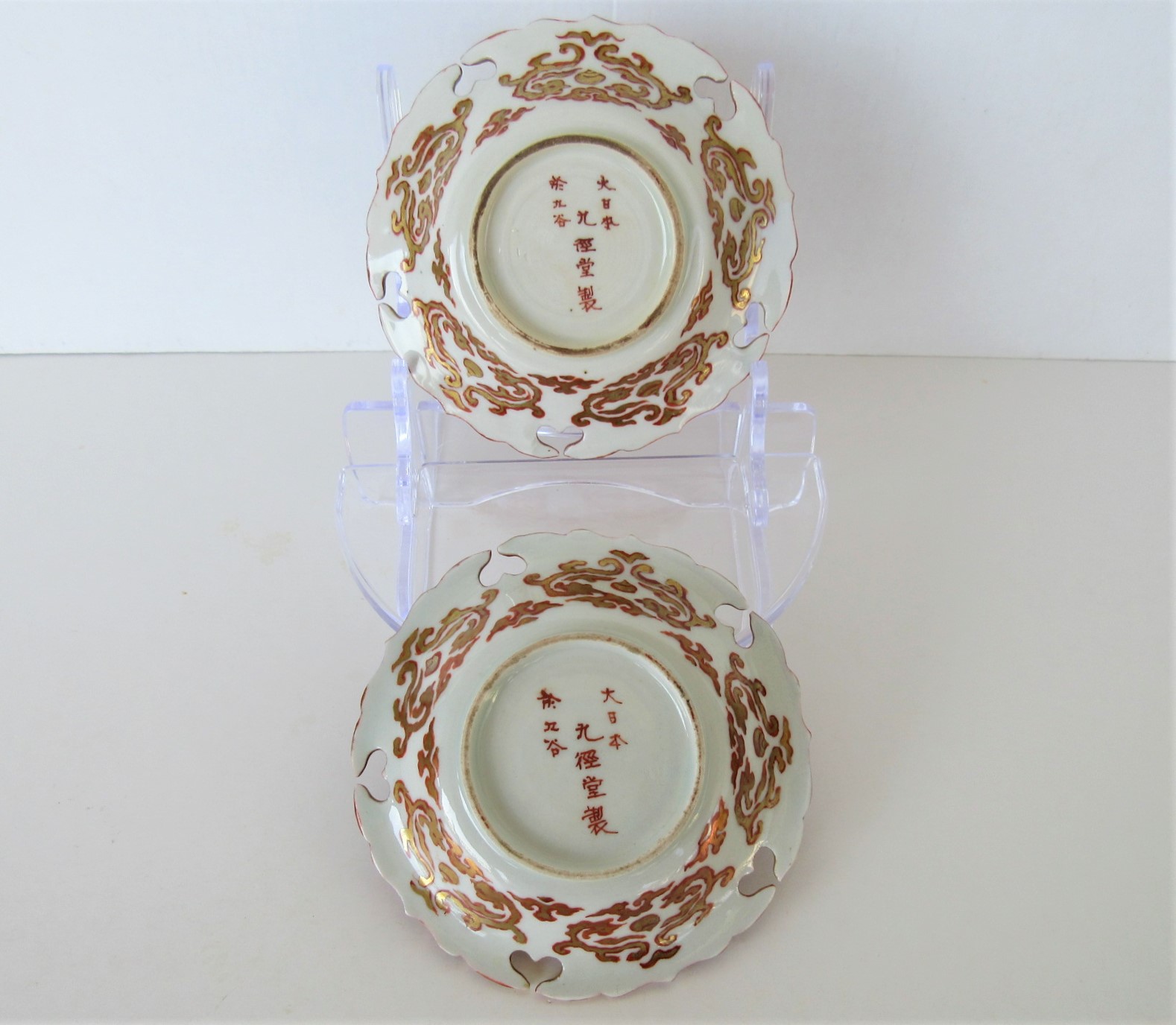 The back name is written as “Dainippon / produced by Kyukei-odo / kutani”.

Kukei’s achievements were to utilize his knowledge and experience to develop paints suitable for kutani after learning from Godfried Wagner about how to formulate paints and how to make the body that goes well with paints. He succeeded in improving many Western paints since around 1891, so, the cheap and high-quality paints were developed for kutani, and added a variety of gorgeousness to Meiji Kutani. The paints did not cause peeling off from the body, so his developed paints became widespread among porcelain painters and contributed greatly to creating high-quality Meiji kutani..