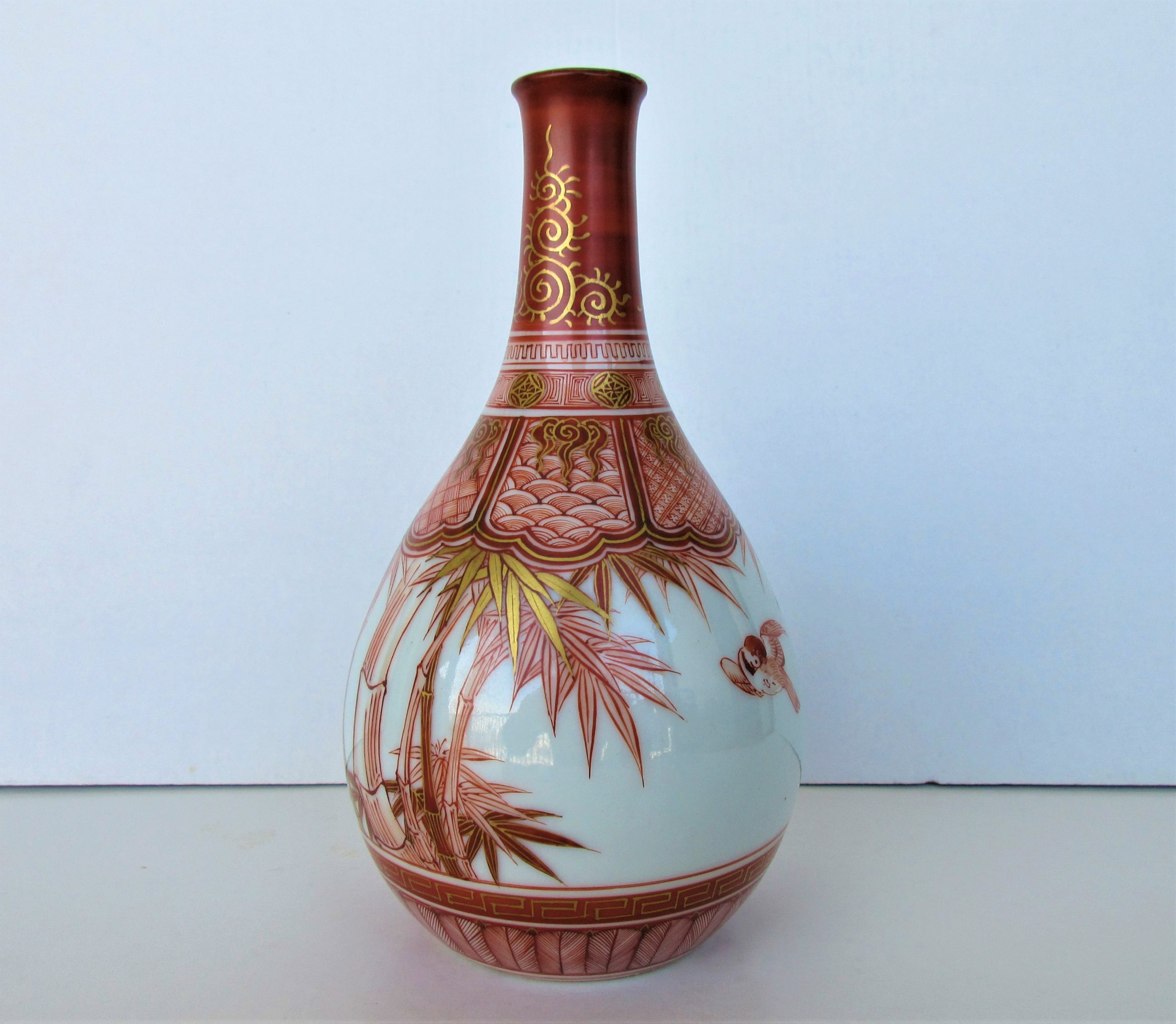 The elaborate painting style of Nakamura Shuto was a symbolic one which was proud of the elegance of Enuma kutani. This work is characterized by inheriting the red elaborate paintings represented by Takeuchi Ginshu and his younger brother Asai Ichimo. It is a fine drawing work expressed only with red and gold while emphasizing the whiteness of the body. 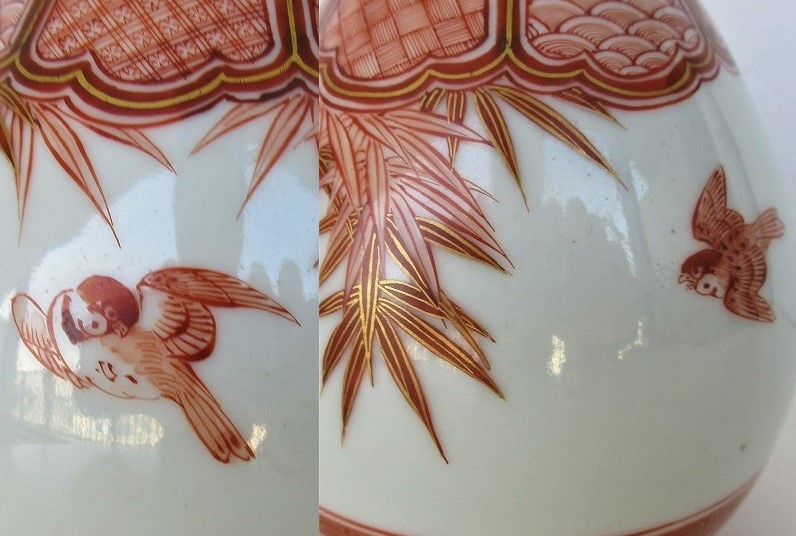 On the surface of the plump torso of sake bottle, a pair of sparrows is returning to the bamboo grove nest. Sparrows and bamboo was often drawn together since ancient times. The highlight here is that one sparrow is lovely drawn as turning around to watch over the other. 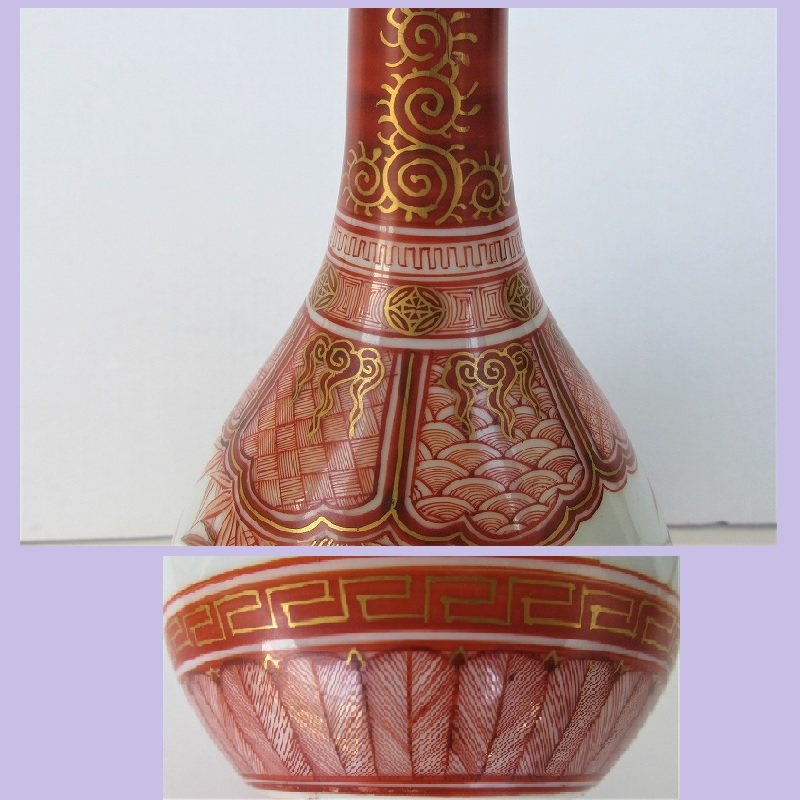 From the neck to the torso of the sake bottle, patterns such as waves, lattices, and arabesque are finely drawn, also the pattern of arrow wings at the bottom is extremely precise drawing. 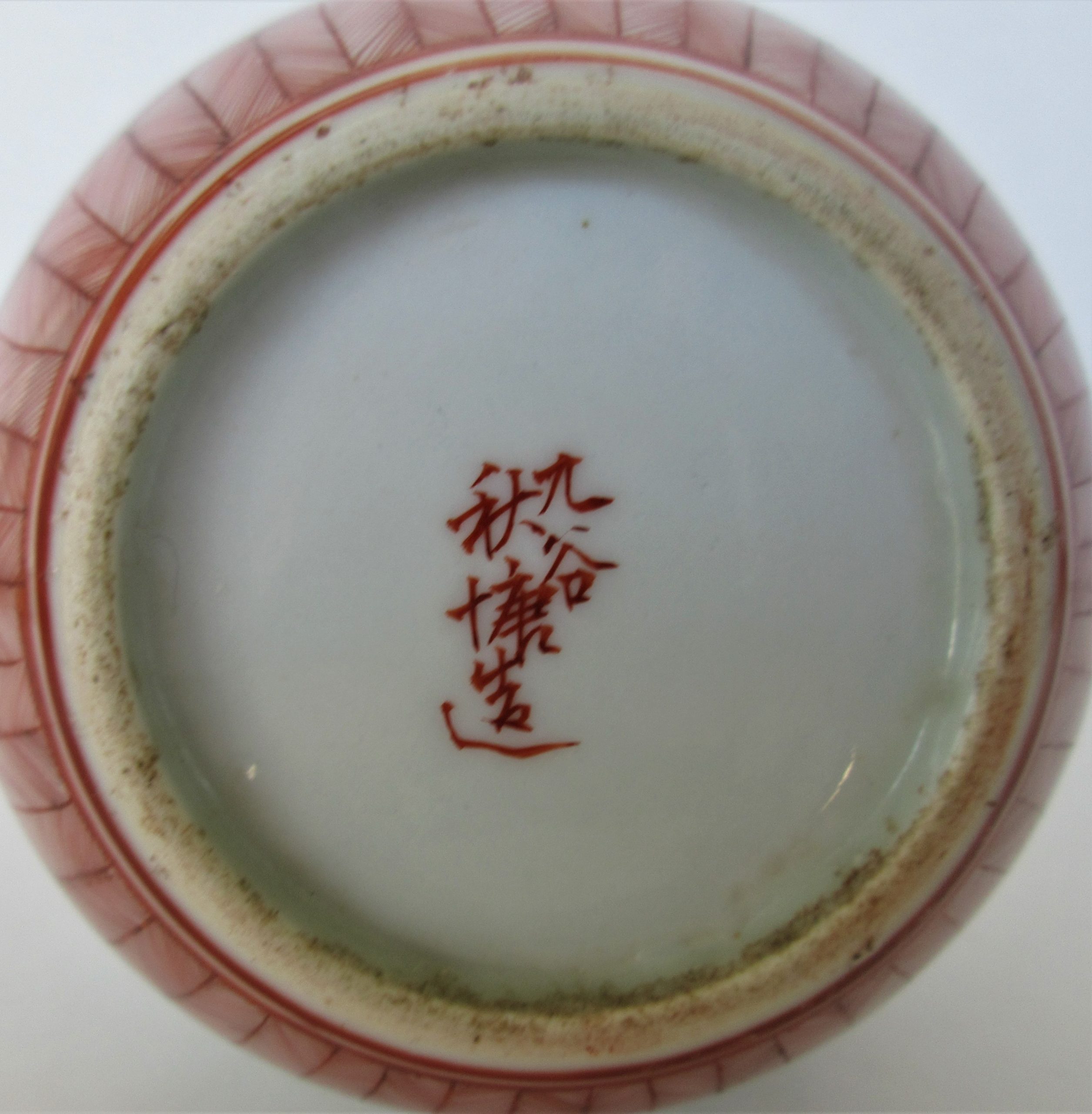 In this way, he made use of his father’s remains and the teachings of Takeuchi Ginshu. After that, extensively studying the techniques of various kilns, he demonstrated his outstanding skills in red and gold painting. It can be said that the delicate painting style of Nakamura Shuto was inherited from the essence of Enuma kutani, which boasted a high level of elegance.

The Shuto kiln was opened in 1917 by Nakamura Shuto at his home.

The works of red and gold fine paintings and the works by new painting technique which he developed at the year before the opening of the kiln were all highly evaluated as excellent products.

Many potters and potters were trained in this kiln, and it is said that they later supported this kiln and that the products of this kiln were mainly sold by famous pottery merchant Inoue Shoten at Daishoji.