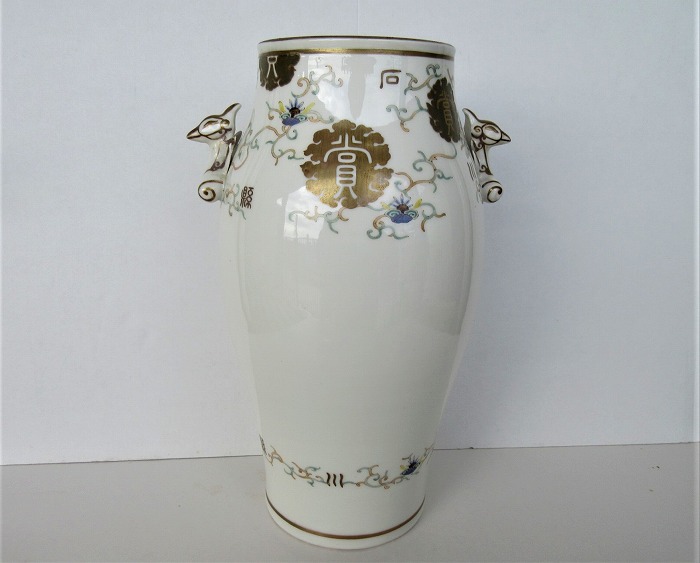 At the beginning of the Meiji period, kutani was asked to improve the quality to meet the demand from Europe and the United States. The target of improvement was aimed at a technique for making body and paint.

First of all, the body was improved to be whiter and smoother at this Laboratory which was a base for research and development of technology of kutani at that time. From this work, it is clear that such improvement was completed. 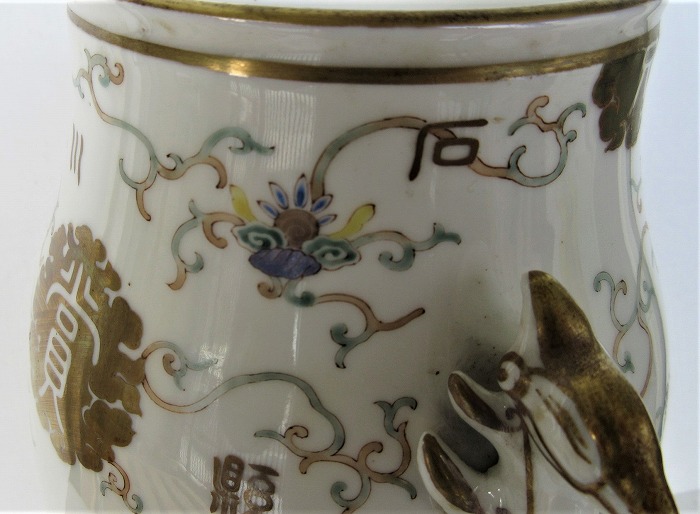 Next, the paint was also improved. Kutani Shoza used Western paints to export “Japan Kutani” products made by “colored brocade”, but what was required to exhibit at the Expo was to develop colors similar to Japanese paintings. For this target, this Laboratory improved Western paints and could pull out the neutral colors seen in Japanese paintings without being bound by the traditional kutani five colors that continued since the Edo period, and finally developed the paints that was compatible with the body of kutani. This work is drawn in the paints different from the traditional kutani five colors.

After that, based on the Western paints improved at this Laboratory, the paints continued to be studied by master craftsmen themselves, and their own neutral colors were created and Meiji kutani was produced using these paints. 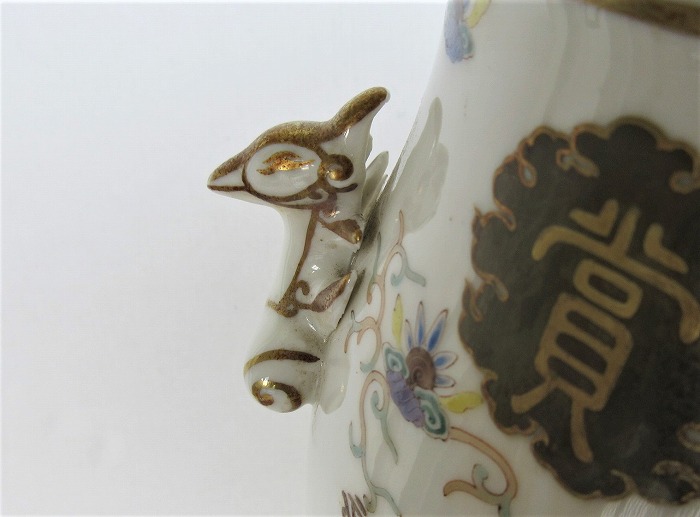 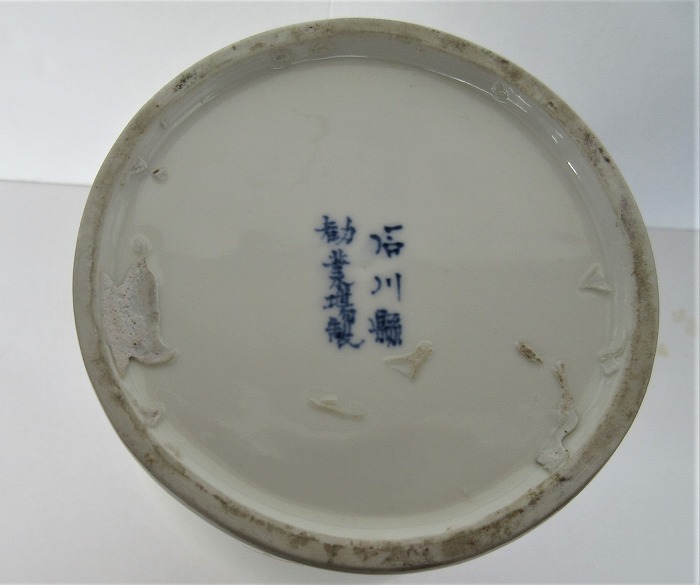 The back name is rewritten in blue and white as “made by Ishikawa Prefectural Laboratory”.

Although the period of this Laboratory activities was short, it played a major role as an experimental and educational institution for improving the quality of kutani. As a result of the continuous improvement by this Laboratory, the works made by this Laboratory reached a high level where domestic exhibitions could be exhibited. The best example of the high level is that at the 1st National Industrial Exhibition held in Tokyo in 1887, an award was given to a work made by this Laboratory along with the works of master craftsmen or big pottery merchants such as Watano Genemon (father of Watano Kichiji 綿野吉二), Abe Oumi (阿部碧海), Ennaka Magohei (円中孫平), Sasada Yuzan (笹田友山) and Asai Ichimo (浅井一毫).

The reason why this Laboratory were able to achieve a high quality is that, in addition to the financial support of Ishikawa Prefecture, potters such as Fujioka Tojiro (Iwahana-do 岩花堂), Matsuda Yohachiro, and Wazawa Ganzan, painters such as Kodera Chinzan (小寺椿山) and Akamaru Setsuzan (赤丸雪山) were involved in the operation of this Laboratory. The result is that the first Suda Seika (須田菁華) and Akiyama Komajiro (秋山駒次郎), who later became known as master craftsmen, were trained as painter. However, this Laboratory was closed in 1890 because it achieved its original target.