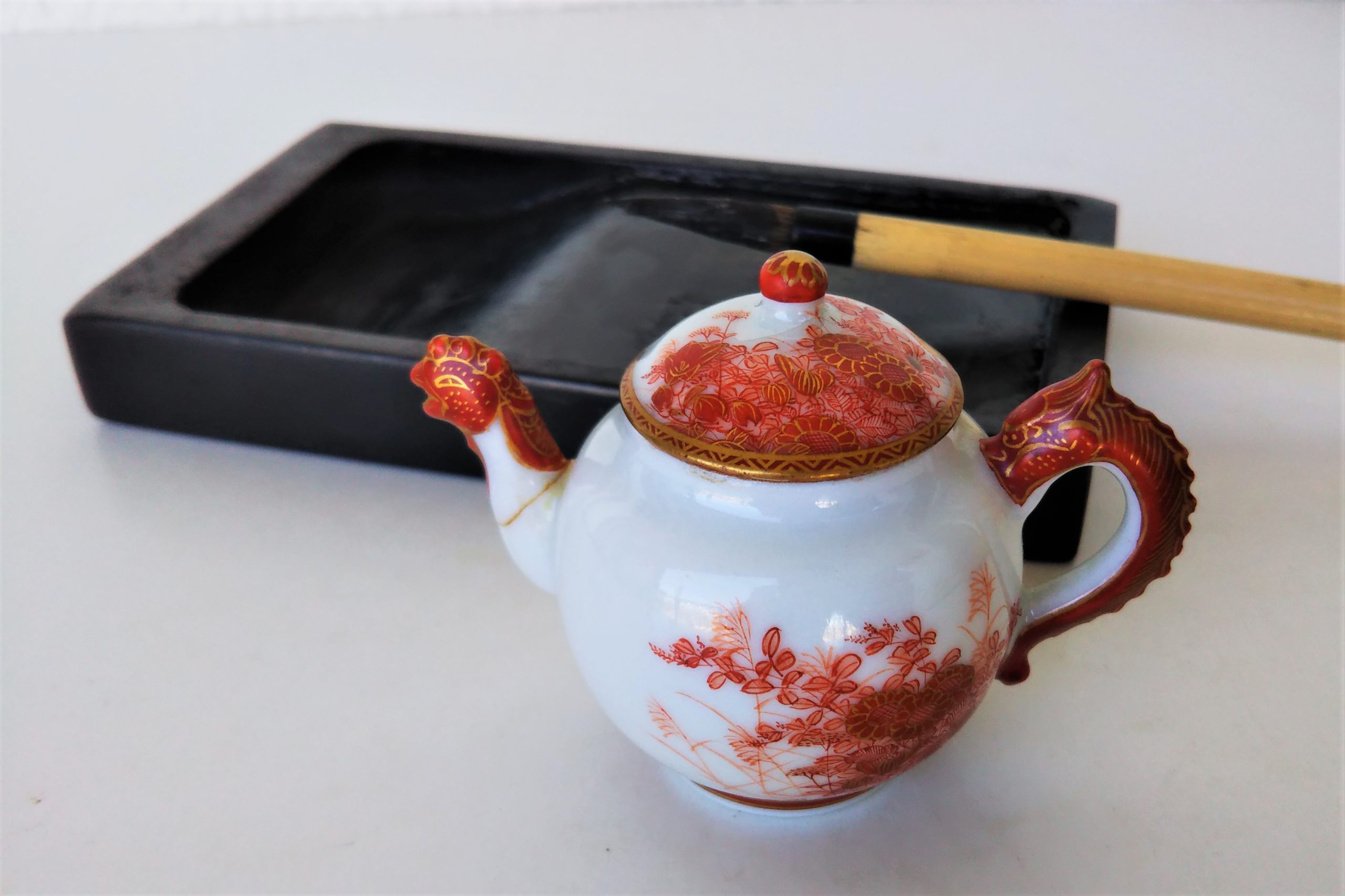 A small vessel for pouring water on the inkstone to rub the ink is called as “sui-teki (water drops)”. Even though it is such a small tool, Ishino Ryuzan carved the phoenix from the head to the neck at the spout, and carved the dragon at the handle. In addition, autumn flowers in full bloom are delicately drawn on this vessel, and are kept behind so that the phoenix’s grace will not be drowned out. 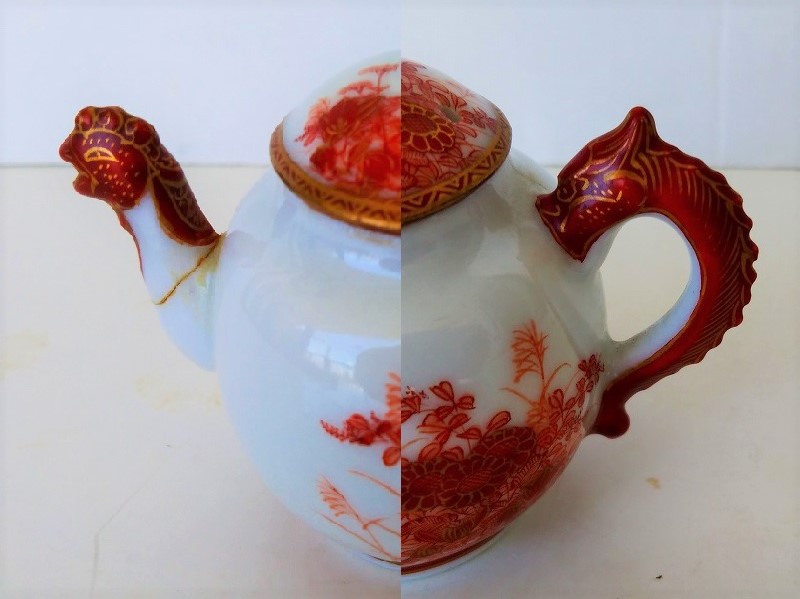 On the other hand, Ryuzan adopted the “dragon” (the same meaning for both 龍 and 竜) included in the back name (竜山), and carved the dragon in molding the spout, just as many master craftsmen incorporated designs and ideas associated with their own back name into their works. Perhaps he put in this work a wish that he would acquire the skills of porcelain creation, become a promising porcelain painter, and get prosperity to the family business of the painting factory. (It seems that the wish appeared in his work “colored small bowls with four prince figures”) 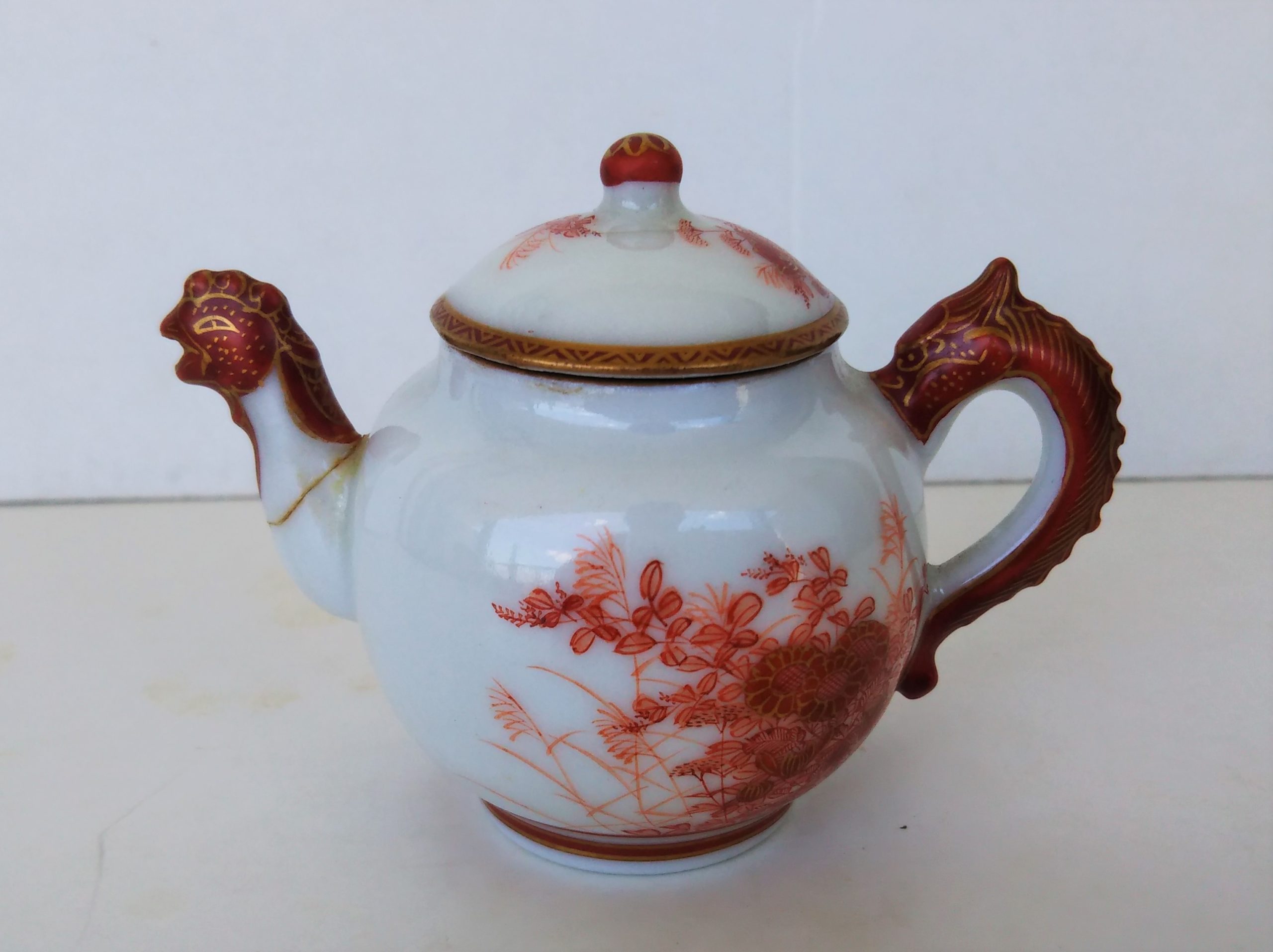 It is considered that “water drops” is one of the important tools, for example inkstones, brush, etc., and since the Edo period, water drops with designs such as animals and plants were made by full use of advanced metal processing techniques, or sometimes made by ceramic. Ryuzan adopted the phoenix and the dragon, and made water drops wonderfully. It is believed that Ryuzan was still active in his research at the age of 37, and under the guidance of body molding at the Matsubara Shinsuke kiln in Yawata, he made this work taking advantage of his experience of body molding. It is a work that he condensed the entire skill of a master craftsman into a small vessel. 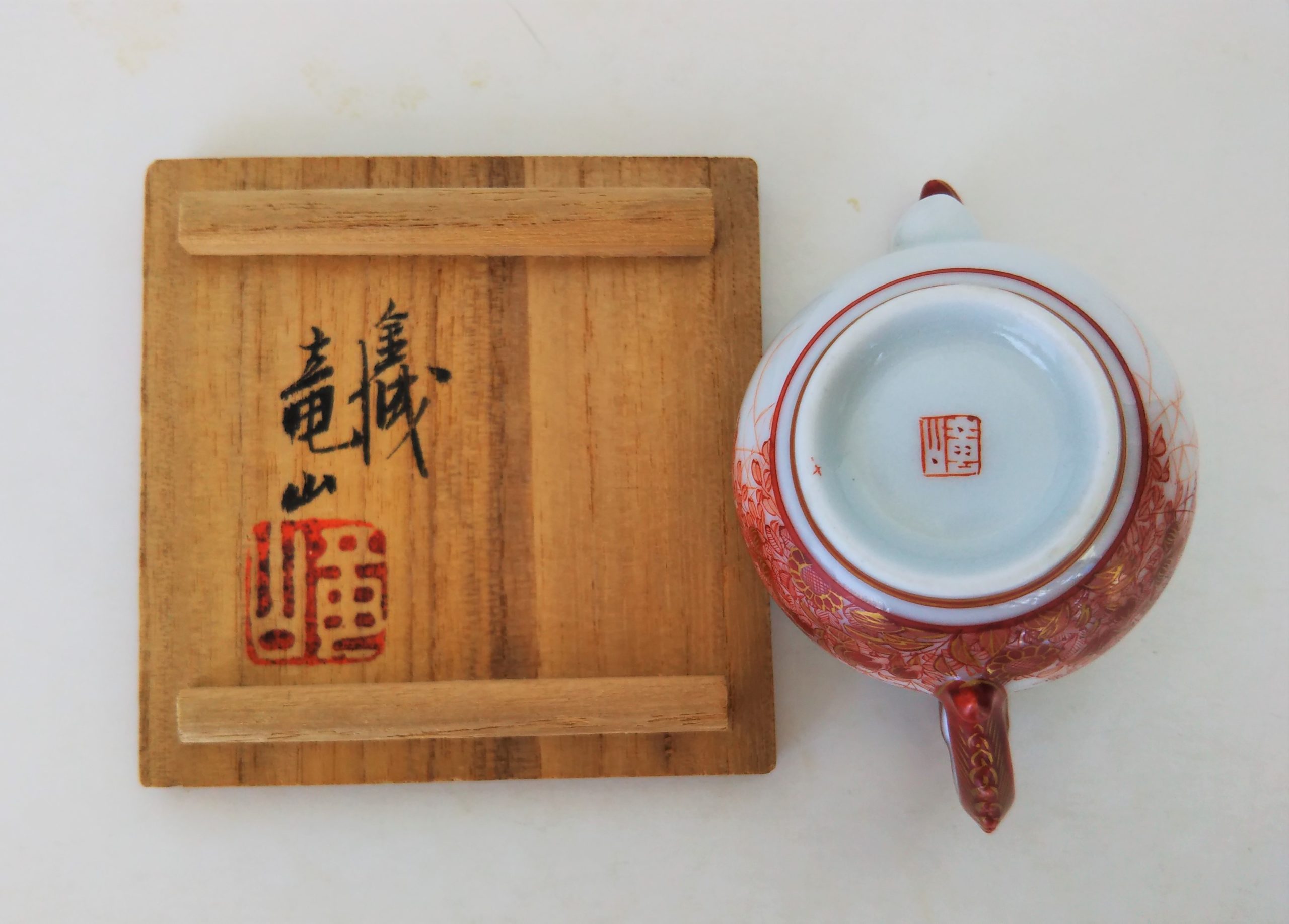 The back name has a small square stamp of “Ryuzan (竜山)” in red inside the foot, and “Kinjo / Ryuzan” is written in ink on the back of the lid of the wooden box, and a slightly larger “Ryuzan” stamp is stamped in red.

about the creator of the work

About the creator of the work, search for “Ishino Ryuzan, his work and his history”.