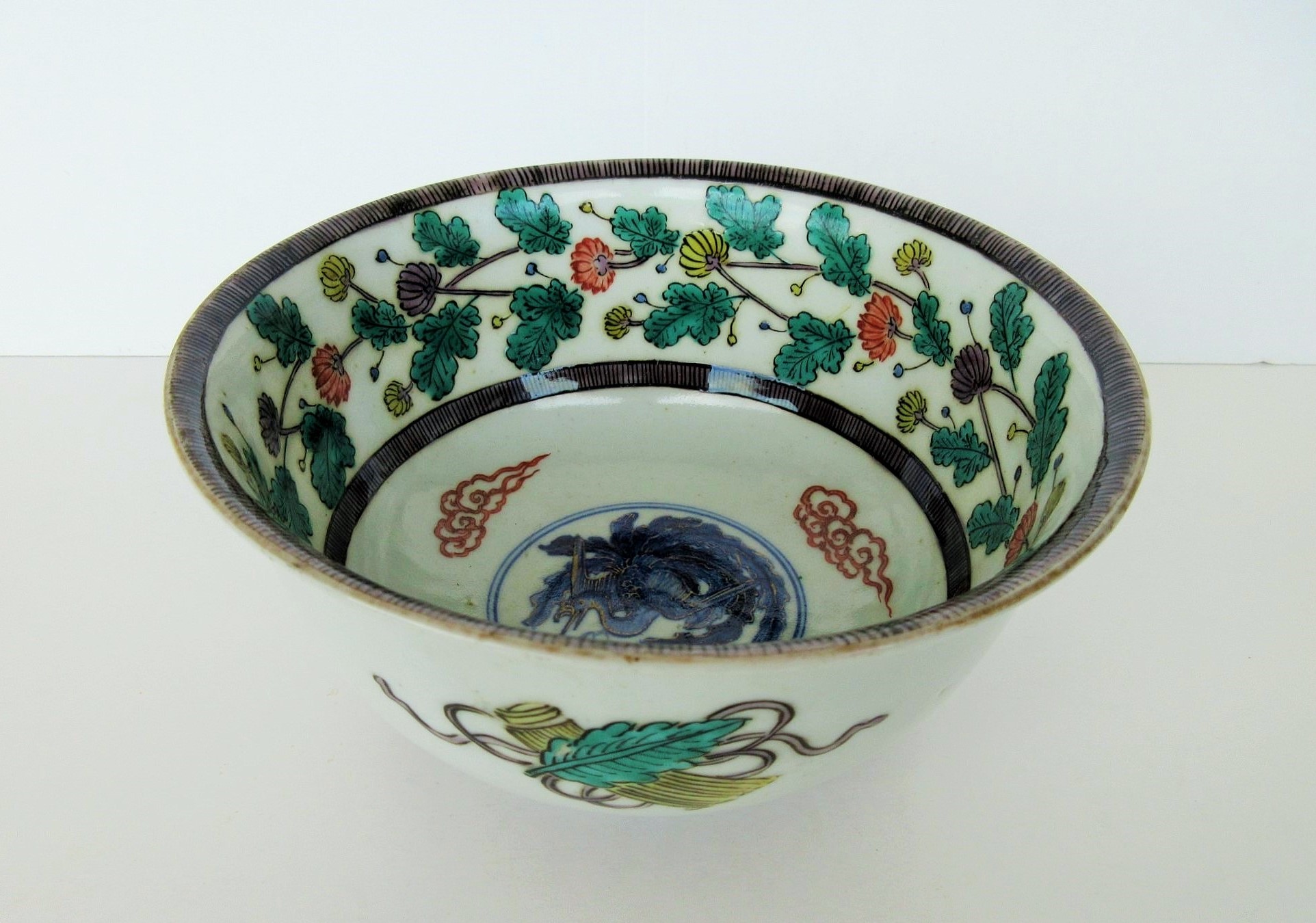 This bowl looks like ko kutani, which was made in Kutani Village of the former Daishoji clan more than 200 years ago. Designs and patterns are drawn on the inside and outside of the bowl with traditional kutani gosai paints (five colors created for ko kutani ; green, yellow, purple, blue and red), and remind of the ko kutani. It is a rare color in Kanazawa kutani, where red paintings and brocade were the mainstream, but this is a color similar to the work of Fujioka Iwakado (kiln) in Kanazawa, where Yuzan had worked. 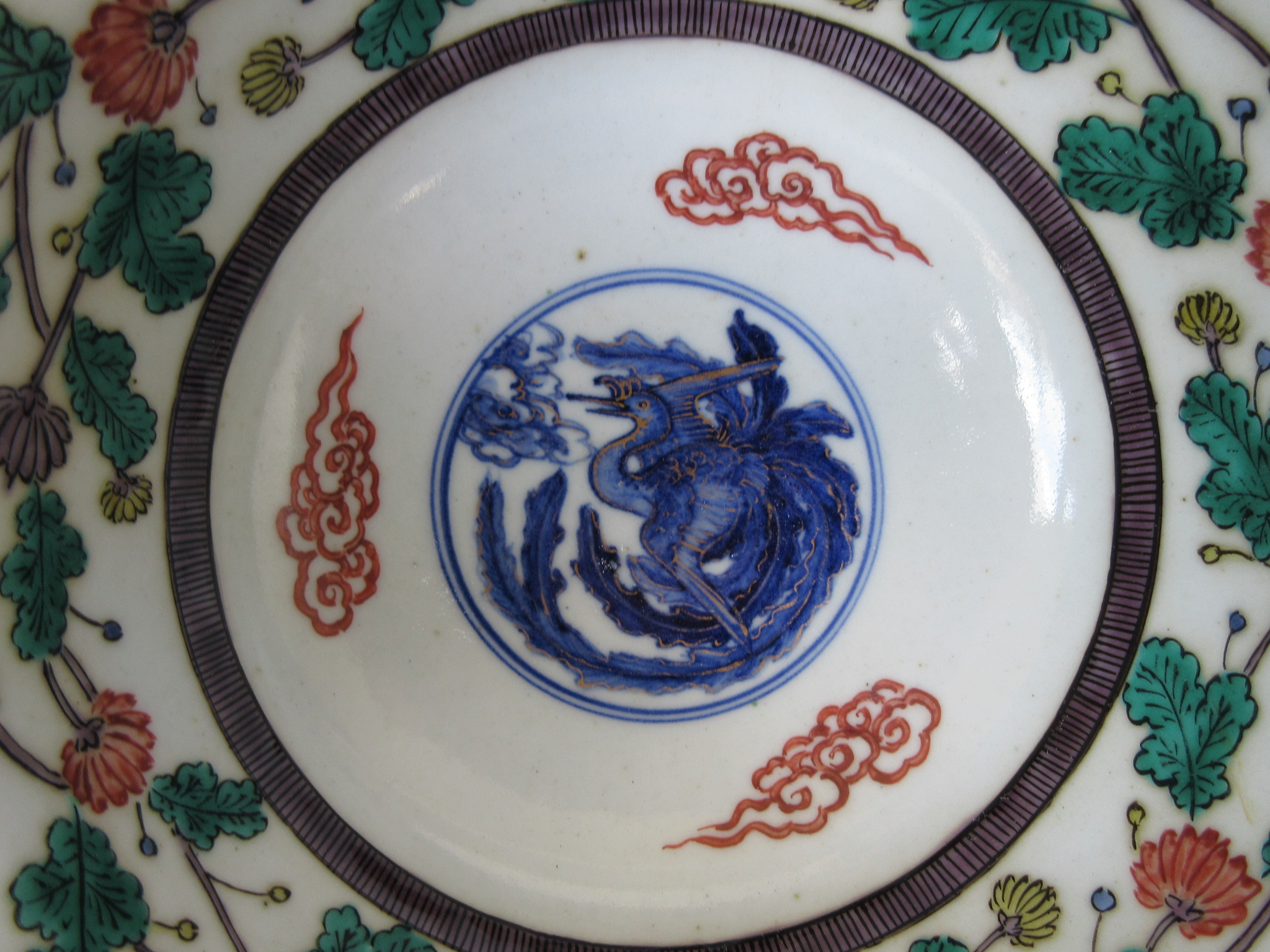 The phoenix is painted in the blue of kutani gosai and shaped in gold. And it can be seen flying with its wings spread in a circle. Around it, auspicious clouds, which is said to be a part of phenix, is drawn in red. It seems that it uses a little more red, which is the complementary color of green in many of ko kutani. 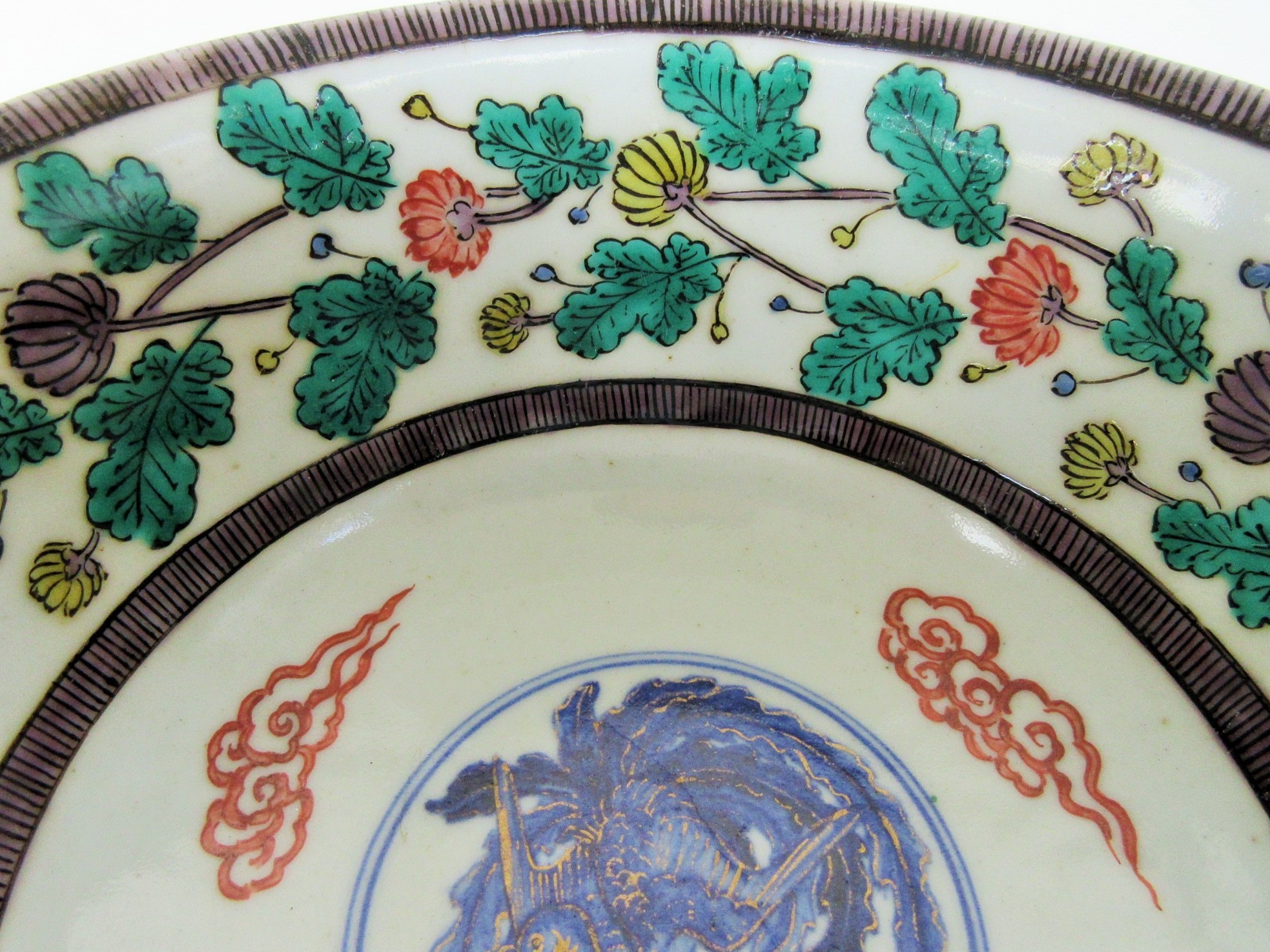 Two belts are laid around the edge, and the belt with the vertical lines in black zeffre is painted in purple to form a connecting pattern, which is like the pattern of ko kutani. Similarly, a pattern that connects flowers, leaves of chrysanthemums is drawn in five colors, sandwiched between the belts. 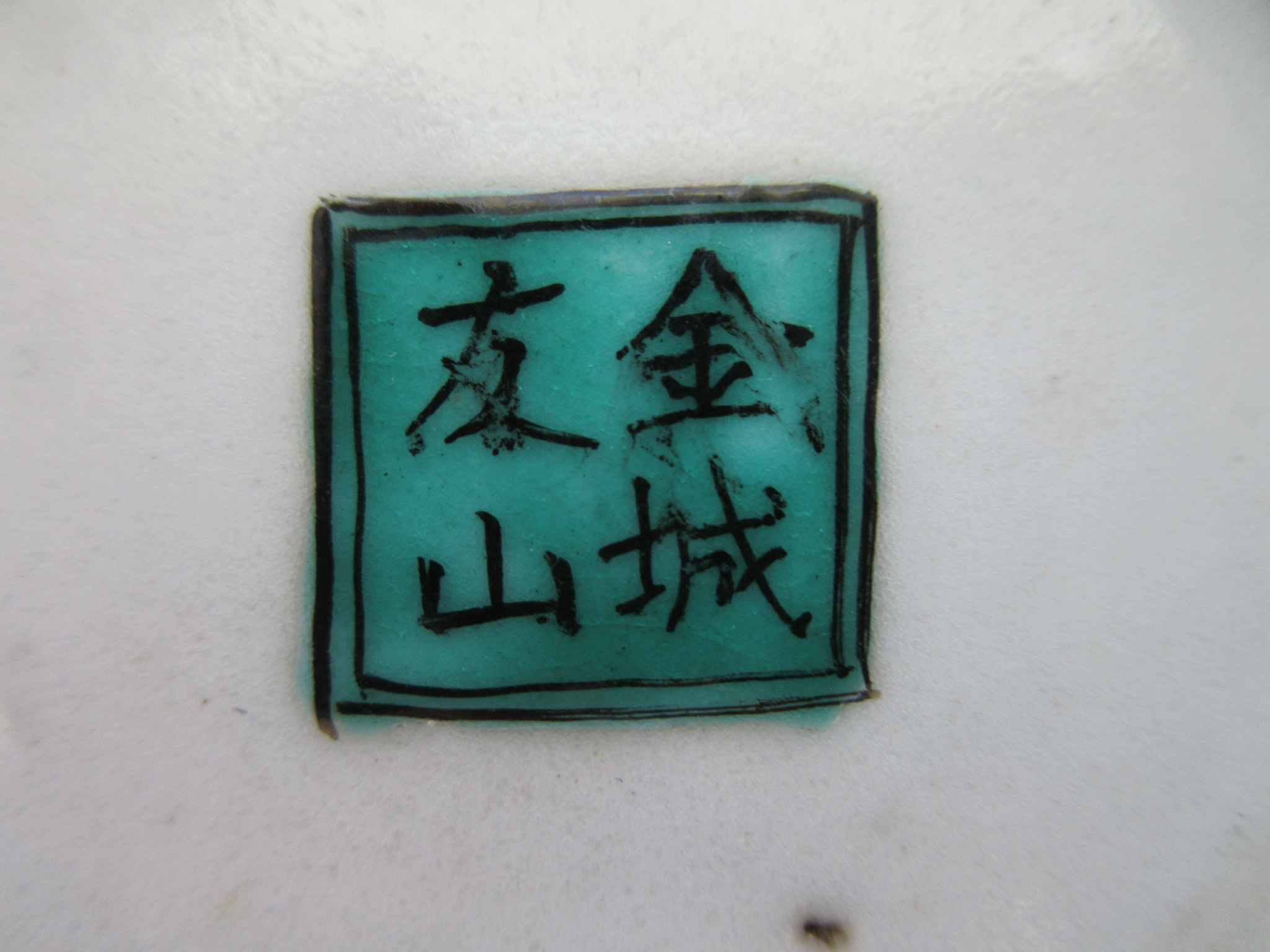 “Kinjo / Yuzan” is written in the double square on the back. “Kinjo” refers to Kanazawa, and Aoki Mokubei (painter, Kyo-yaki potter in the Edo period) used it for the first time as the back name of kutani which were produced at Kasugayama kiln in Kanazawa in the Edo period. “Kinjo” is rarely used in Meiji Kutani. Others include “kutani / made by Yuzan” and “Yuzan-do”.

creator of this work

About the creator of this work, search for “Sasada Yuzan’s works on this web-site and his pottery history”.