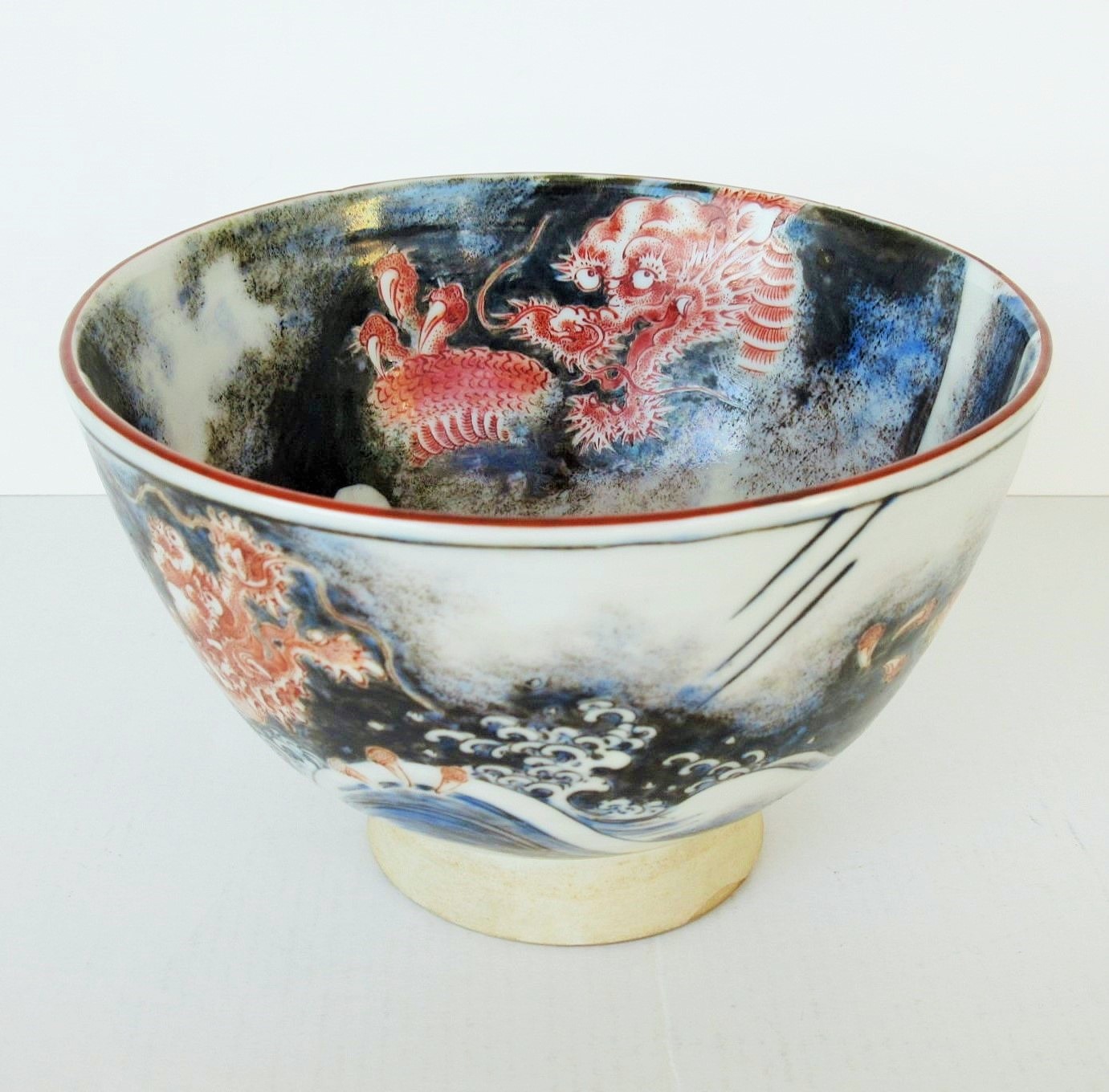 Only the dragon and the rough waves are drawn inside and outside the bowl, and the dragon is elaborately drawn in red, and the roughness of the waves are expressed by shading. So, the contrast of the colors including white body is wonderful.

Kutani have few designs of big dragon, and this dragon is a magnificent design that can be compared with Suda Seika’s “blue and white vase with dragon” (collected by Ishikawa Prefectural Art Museum of Kutani), who received high praise for drawing dragons. 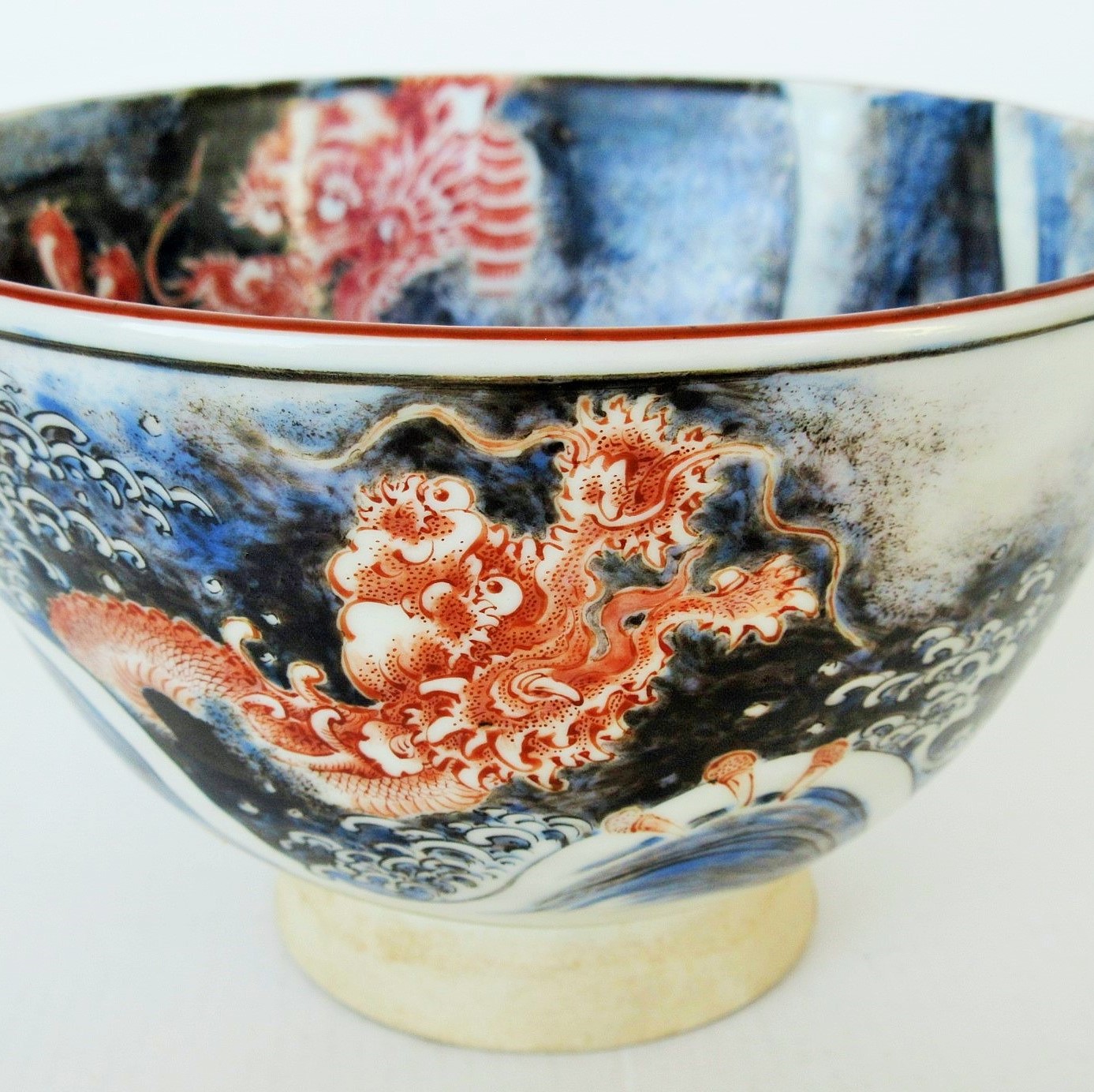 The red dragon which descends from the dark sky, and the ultramarine blue waves which turn around the surface of the sea, extend from the inside of the bowl to the outside, making it look like a picture. It looks more dynamic as it is not painted with gold, as the painting has a glimpse of the powerfulness of Asai Ichimo, a master of red and gold fine painting, who was a master of Shimode Baisen. 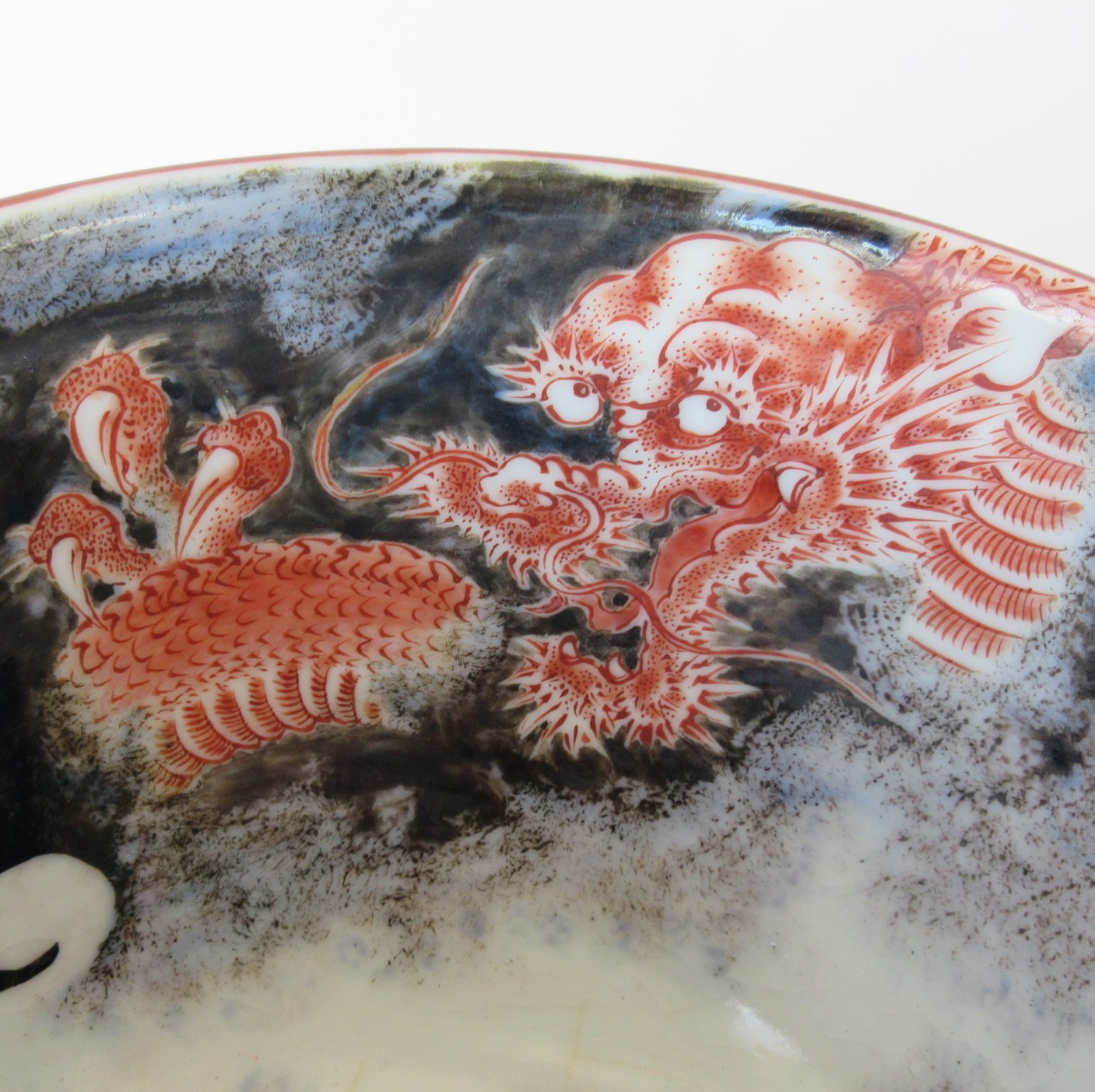 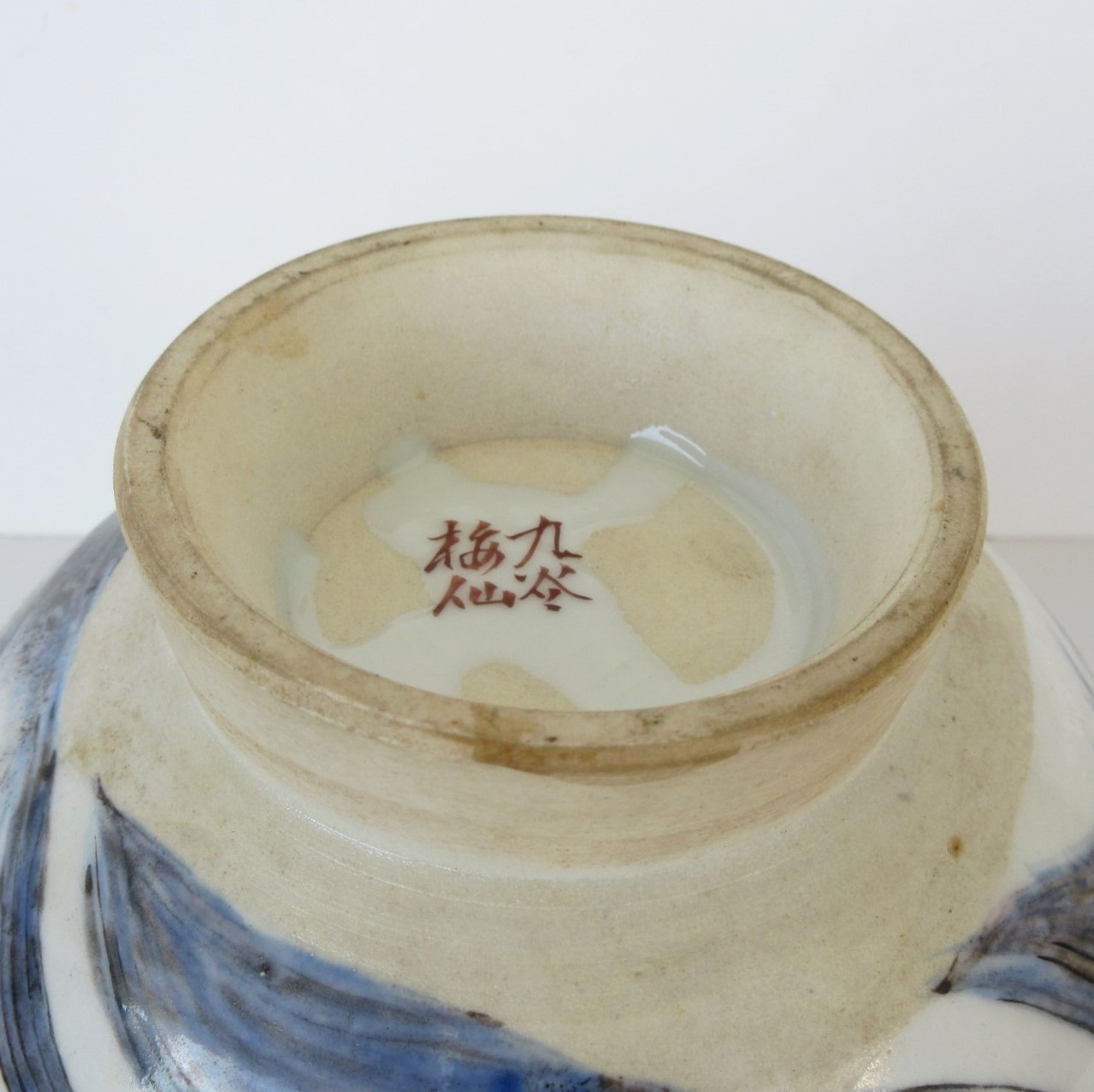 The back name is written as “kutani / Baisen”. Unusually, the body without glaze is exposed around the back name, on the contrary, the strength seems be expressed in the glazing as well as the painting.

After that, Baisen became independent in 1918, and built painting kiln at his home, and worked hard on the creation. Like Asai Ichimo, Baisen was said to be one of the master craftsmen because he was good at drawing red fine painting and also skillful in color painting.