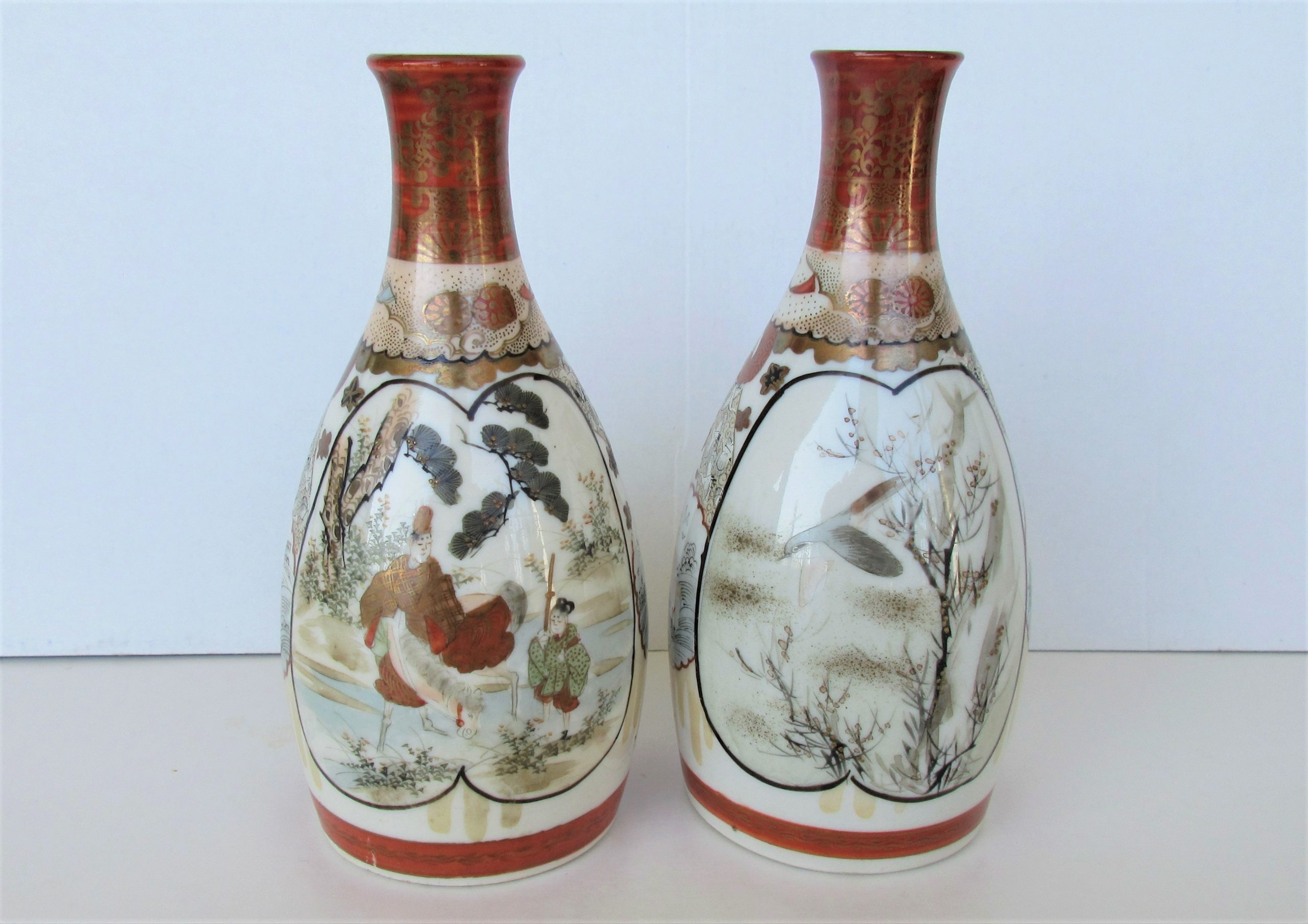 The full surface of sake bottle has two panels framed with slightly thick black-gosu line. In the one, a person on the horseback is resting under a pine tree is drawn, and in the other, flowers and birds are drawn, and the bird is flying vigorously. This drawing is different from the style and color of Sano aka-e, especially, it uses a lot of neutral paints.

The composition of painting is similar to a bowl created by his compatriot, Kameda Sangetsu. The two creators were instructed by Araki Tanrei (another name is Kano Tanrei) and other Japanese-style painters to improve the quality of kutani painting and how to brush for it, so it seems that two works were influenced by the Kano school’s painting method.

In the large panel, a person on the horseback under a pine tree is drawn with a follower and the horse is drinking water at the water’s edge. The person has some elegance in the way he is dressed. On the other hand, the way of drawing pine has the power of the Kano school. The combination of the two is reminiscent of the Kano school’s painting style.

On the back side, a moving design is drawn, that is a bird flying vigorously among flowers in the smaller panel, some boats sailing on the sea, and a group of cranes flying. Two designs of the front and back seems be static and dynamic, so they are contrasted.

In addition, at that time, it was customary to give a pair of sake bottles, sake cups, and a set of three bowls as commemorative crafts or celebration crafts, on which cranes or sailboats were often drawn. They were adopted as an auspicious design because it was thought to be “crane carrying happiness” or “treasure ship”. In the Kaga region, since sailboats were reminiscent of the kitamae-bune (a sailing ship carrying agricultural and marine products, travelling to and from the Sea of Japan). 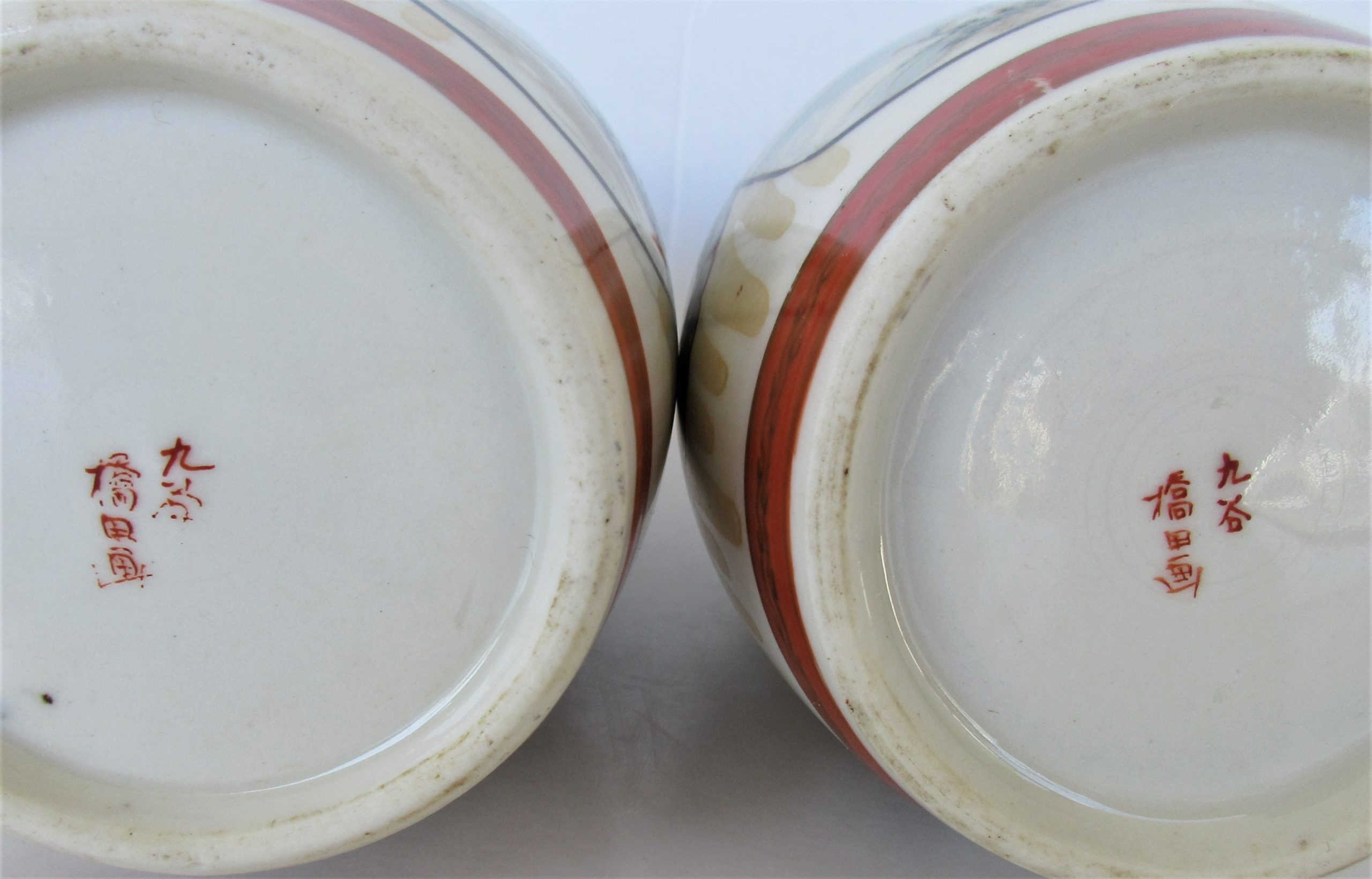