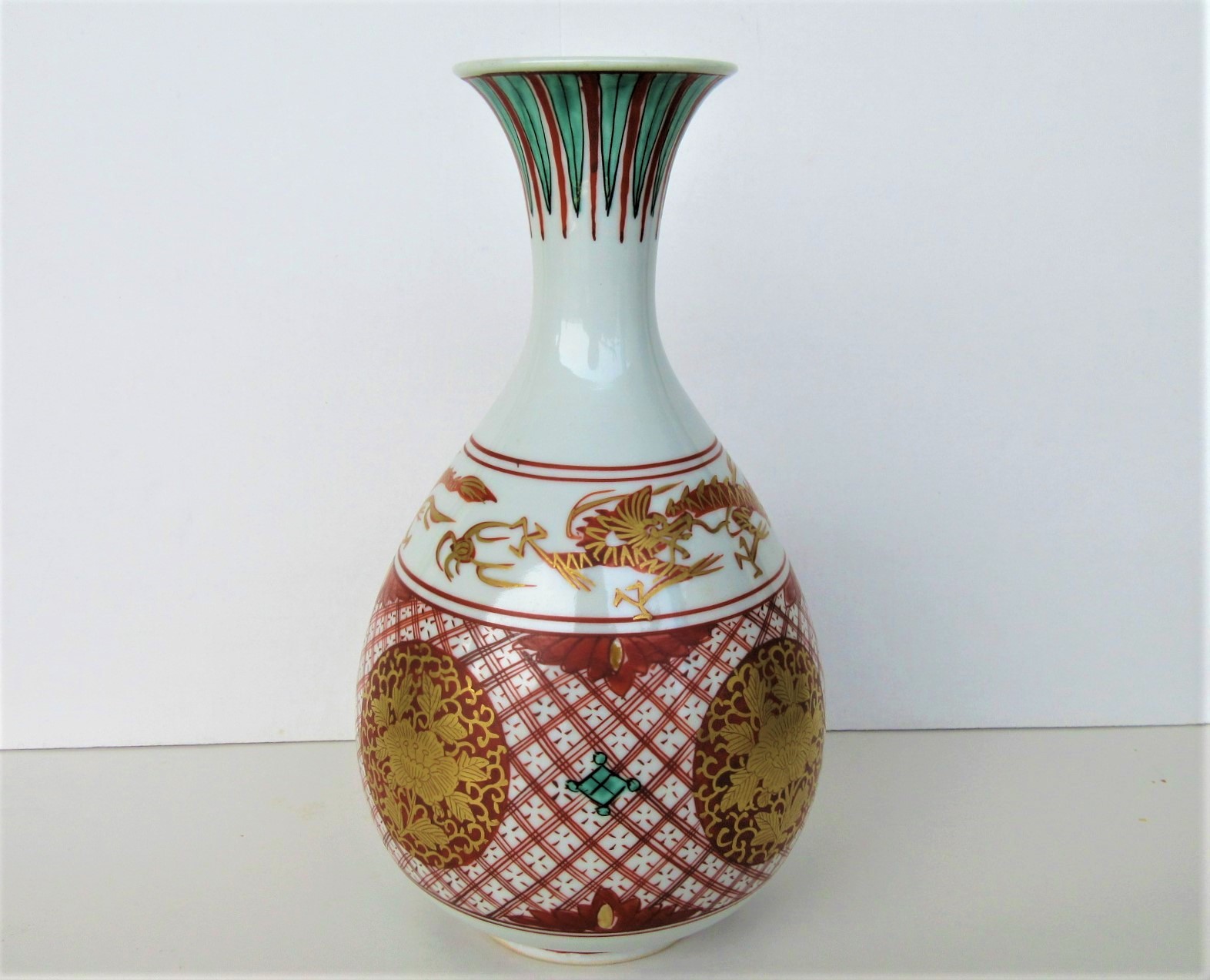 As this creator wrote on the original box as “brocade-style”, the surface of the vase has the peony pattern with brocade drawn in three large red balls, two dragons drawn in gold on the red ground of the band, and a lot of white margins. The balance between red, gold and margins is good. 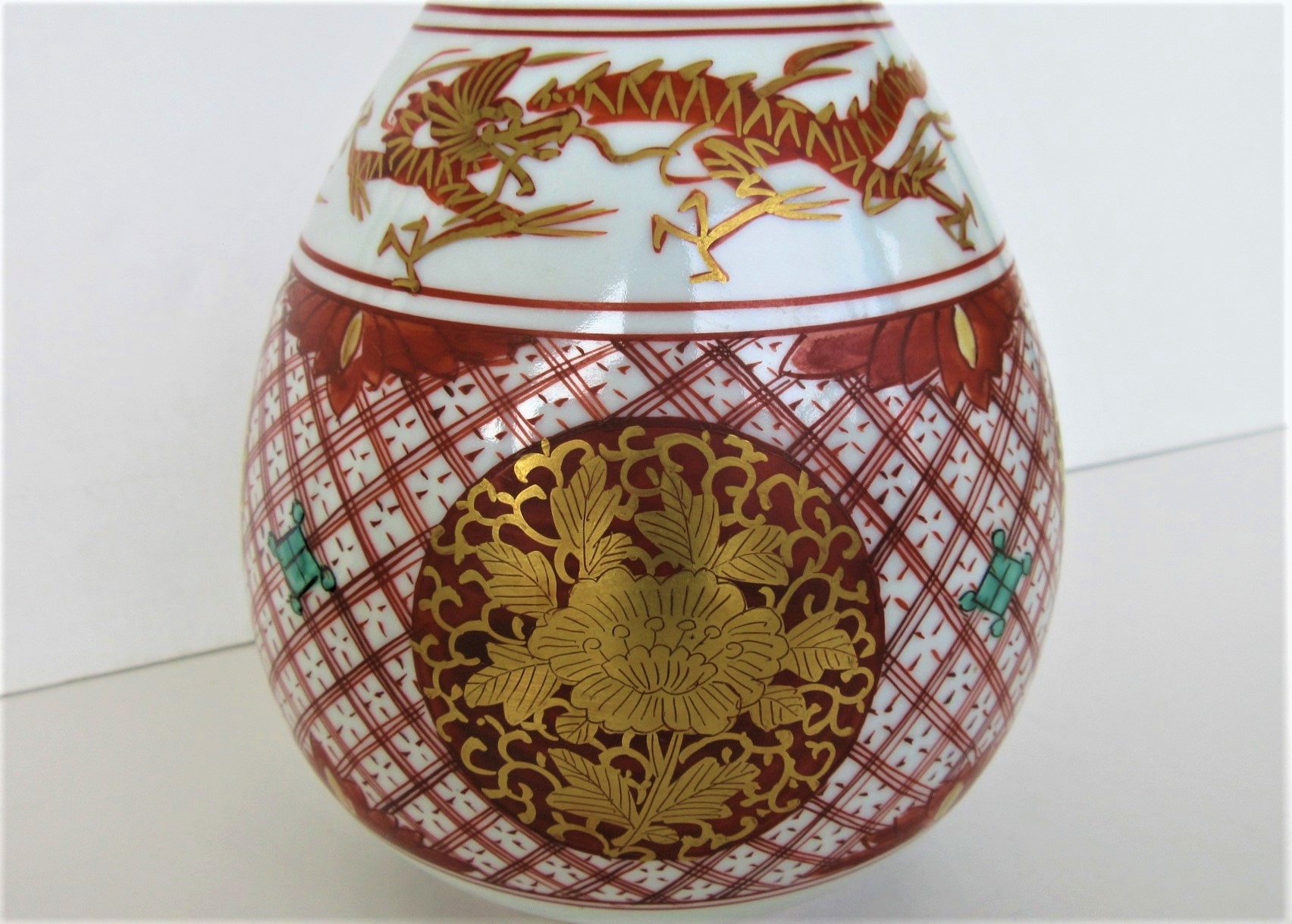 The peony is drawn by the technique of brocade in three large red balls, and the gold is scraped off finely, so the appearance of the peony is delicately expressed. On the other hand, on the red belt-shaped ground, two dragons with fluttering around are drawn by a thick gold line. This contrast is interesting. 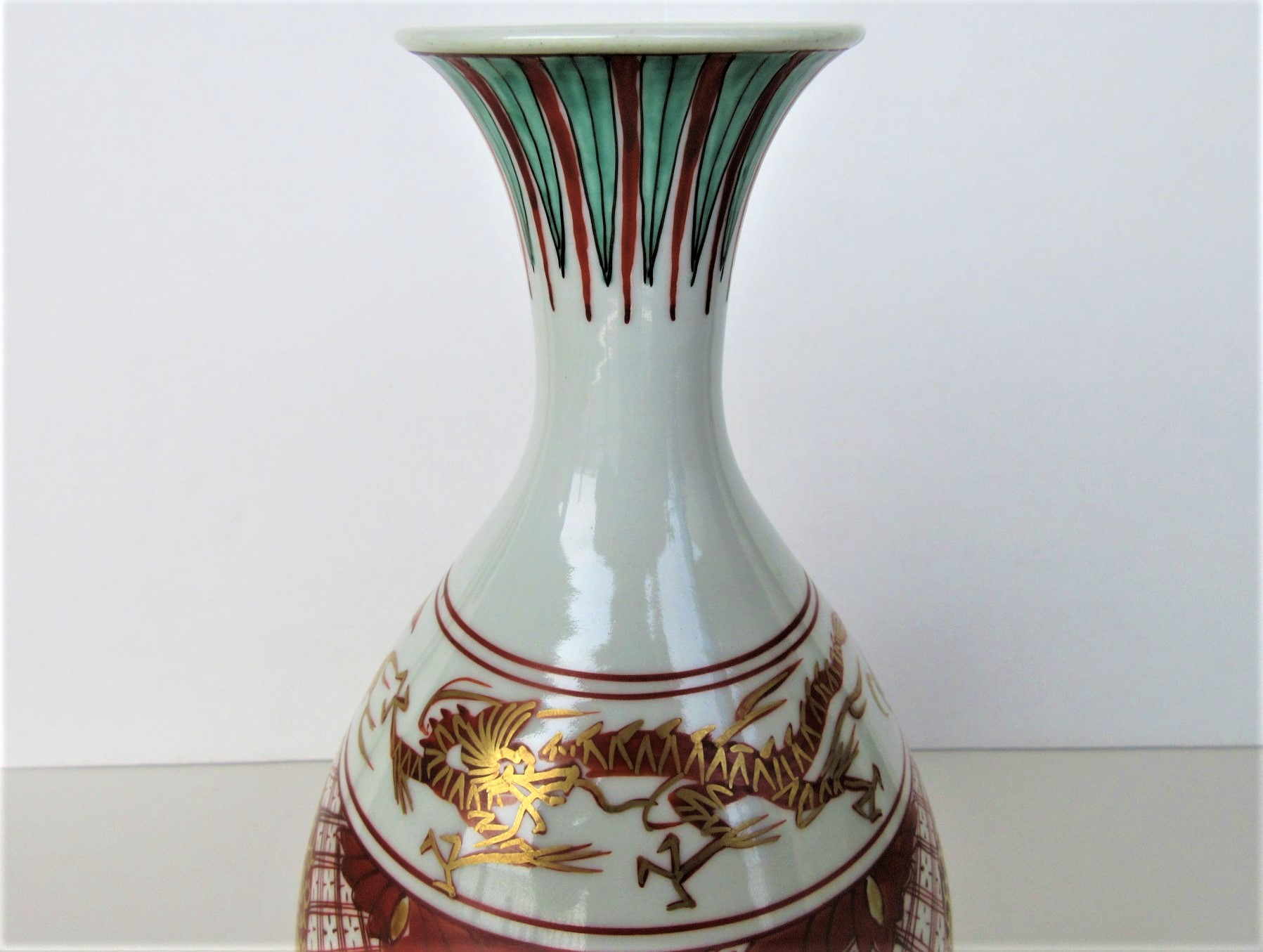 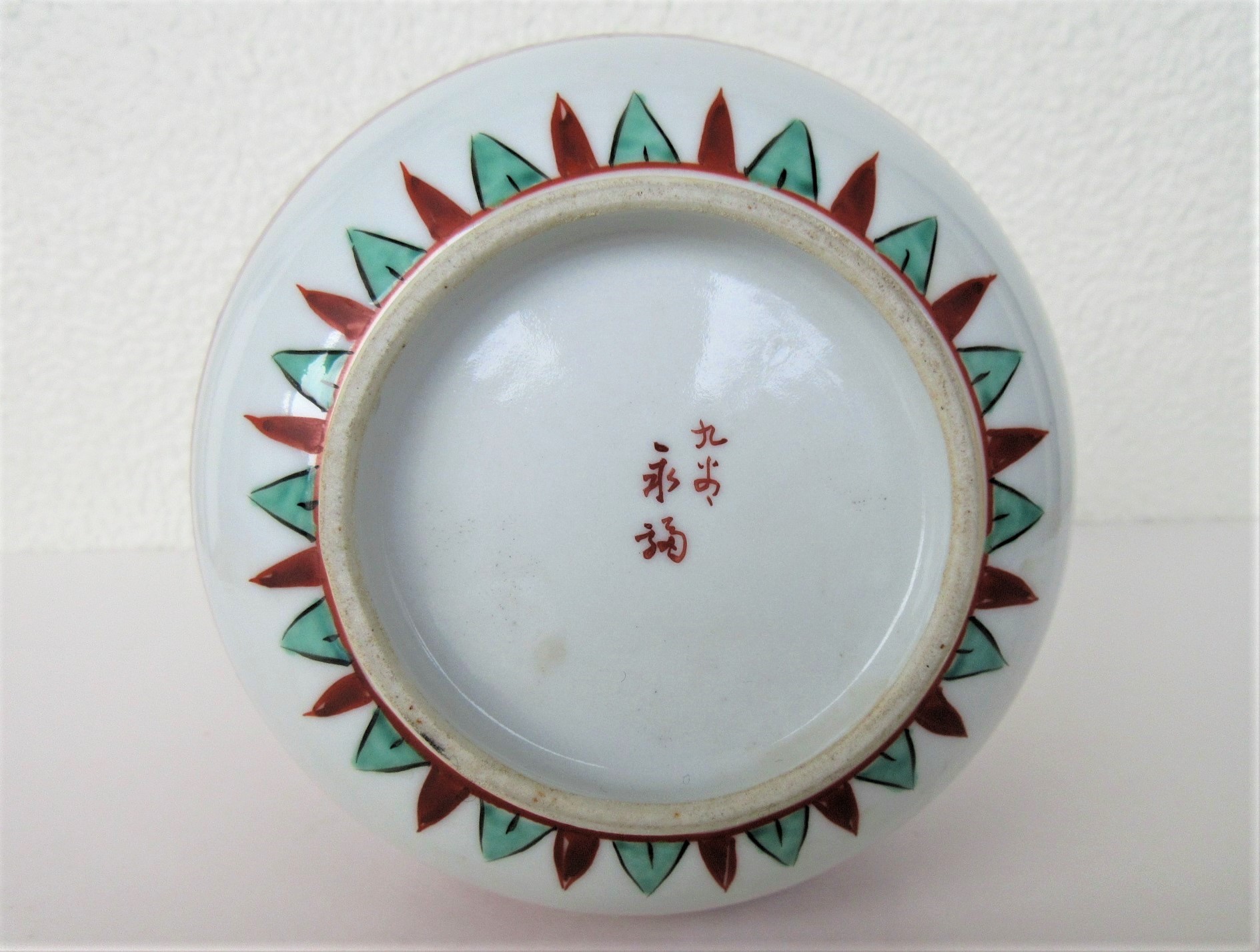 The back name is written as “kutani / Eifuku”.

Miyagawa Eifuku studied porcelain painting under Iwanami Gyokuzan in Kanazawa when he was very young. Later he was invited by Matsumoto Sahei as the foreman of the painting factory of “Shoun-do” and took up the post. Taking advantage of the experience of the factory where Matsumoto created “Shoun-do style” works that fused both aka-kutani and ao-kutani, Miyagawa created elaborate painting style works using red, green and gold.