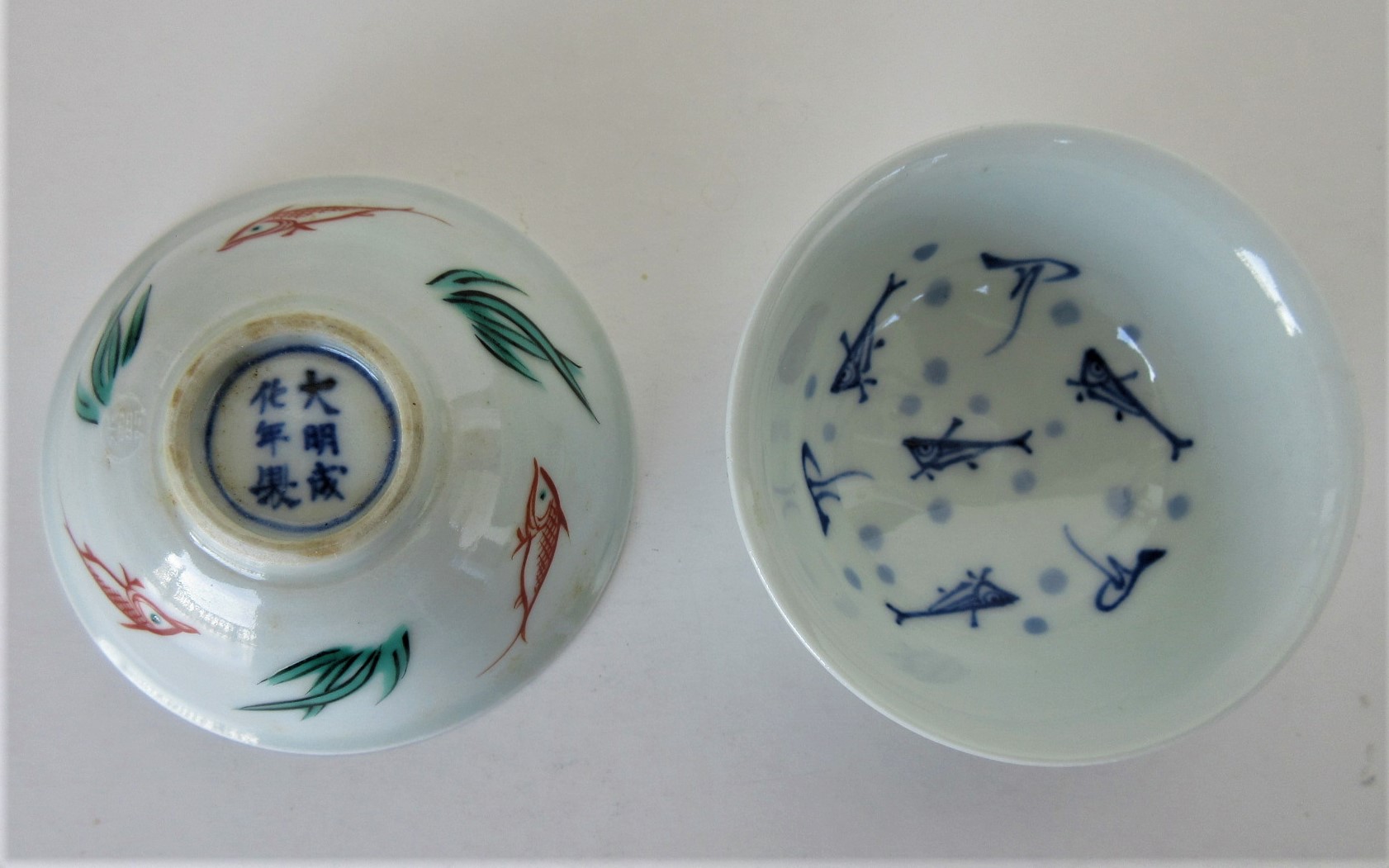 Yaguchi Eiju was exposed to the urban culture of Kyoto, which fostered his delicate and sensitive sensibility. The two sake cups, which are painted with aka-e and blue and white, have an elegant and sophisticated beauty. It seems that as the word written on the original box, Yaguchi wished to inspire the Kyoto-style “elegance”, which naturally oozes out in the style, into a pair of two sake cups. 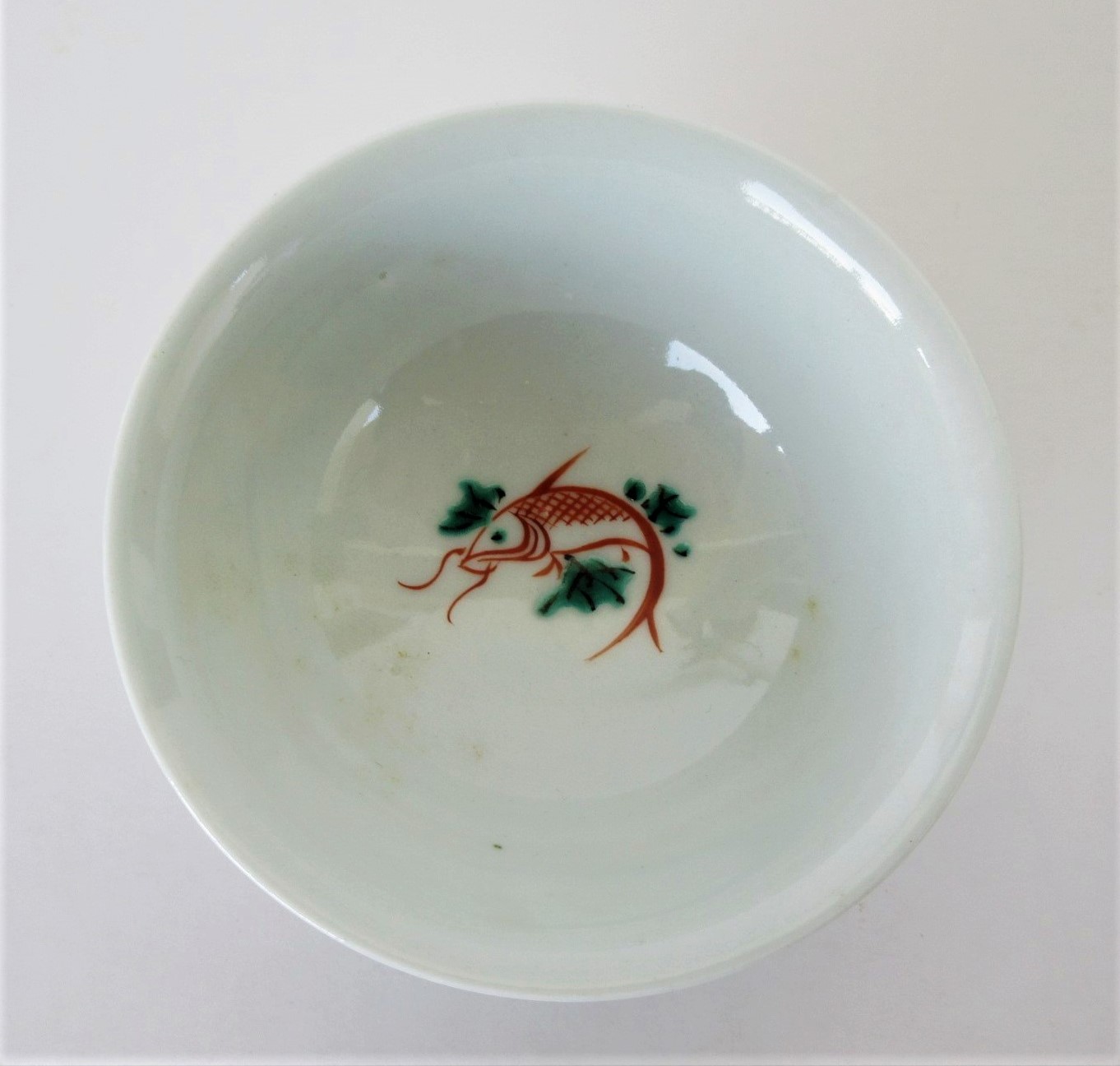 In the pure white center of one cup, small fish and aquatic plants are drawn in clear red and green. It seems that Yaguchi asked a painter influenced by Eiraku Wazen, who was good at aka-e, to create it, so the sophistication of Kyoto is reflected in this work. Also, it seems that the painter tried to draw the inside of the river where the small fish is swimming between the aquatic plants. 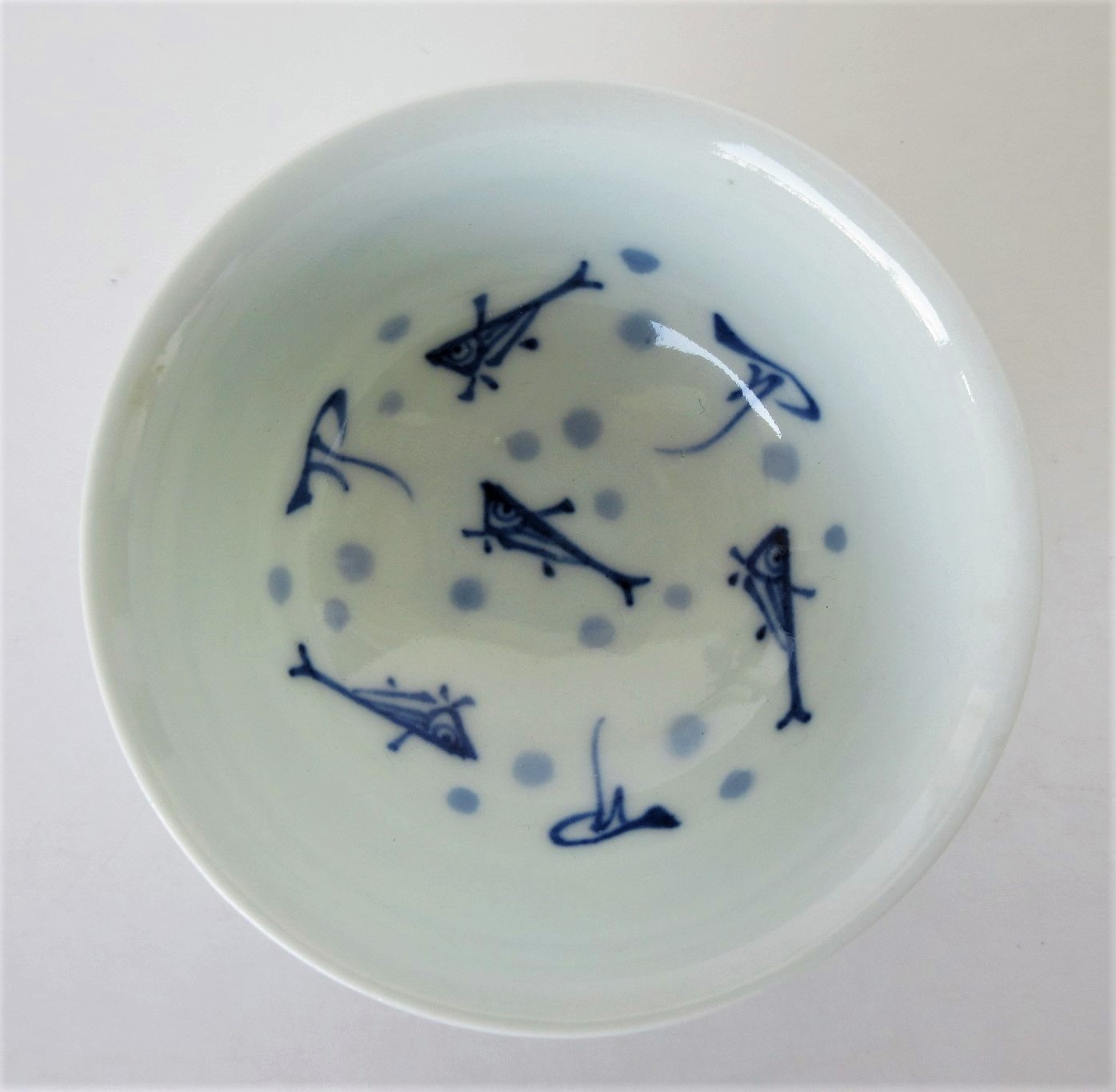 In the center of another sake cup, several small fish are drawn by blue and white, and the appearance of the small fish is also delicate. It is found that the agile movement can be seen and it was painted by an excellent painter. 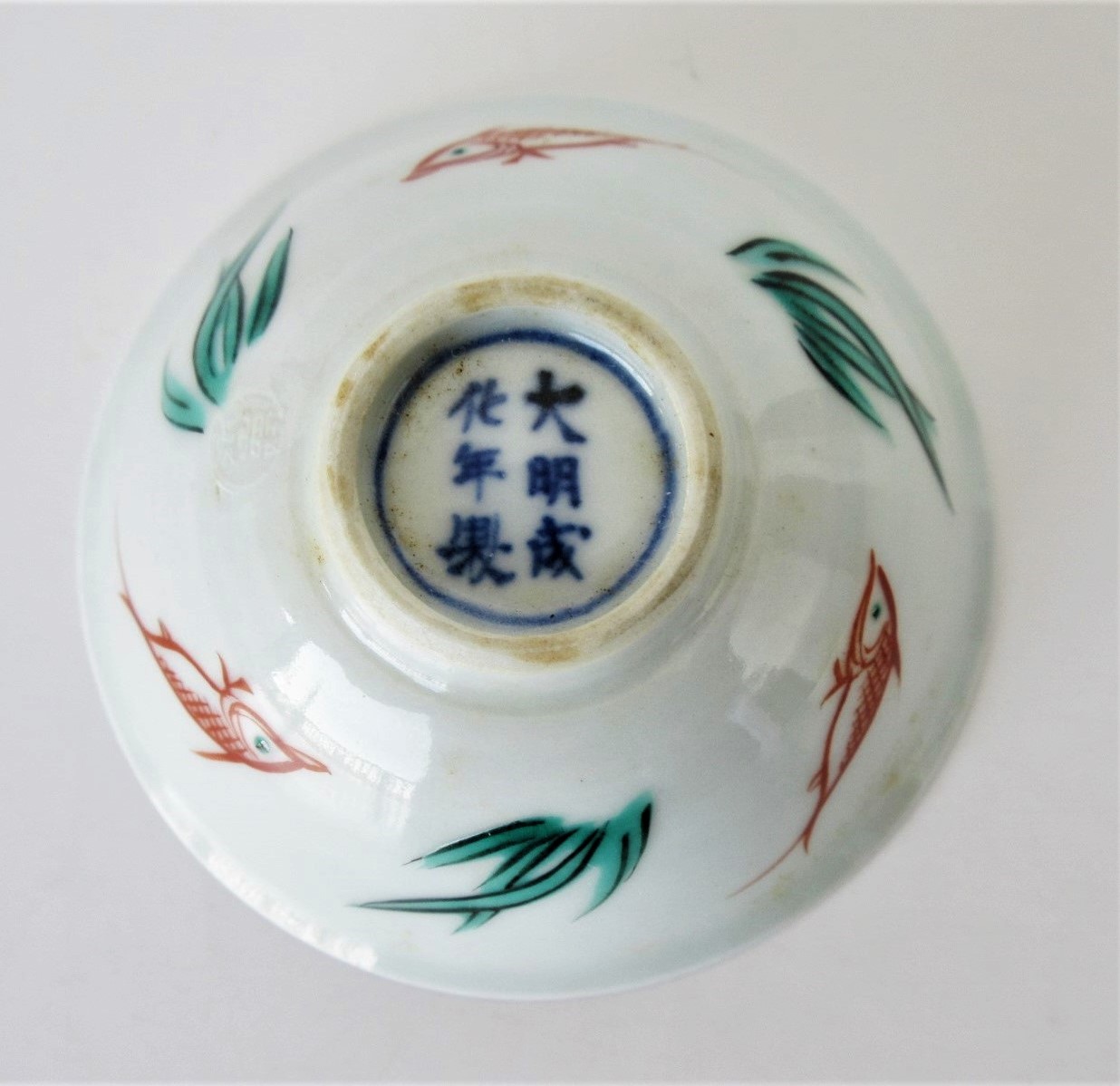 The back name is written as “made in the years of Taimei Chenghua” in blue and white inside of the foot. It is thought that this name was copied from Chinese porcelain that cultural people and tea masters longed for.

The first Yaguchi Eiju (store name is Seisei-ken) was a natural dexterous person, and is said that he was familiar with calligraphy and antiques. When he was young, he traveled around each place after he left for Osaka, and after returning home, he started raku ware called Kuro-yaki. Then, in 1904, he opened the Eiju kiln with Takiguchi Kazen, an especially excellent disciple of Wazen Eiraku, and began creating Kyoto-style ceramics.

By the way, it is said that Yaguchi himself did not touch the clay and did not take a paintbrush, so he showed his taste to a potter and painter who were invited from Kyoto, Nomi County and Kanazawa, and asked to create the works. The quality of the works at the Eiju kiln was always high, so Yaguchi came to be called the master craftsman of kutani. After that, the Eiju kiln followed the style of the first Eiju by the second and third Eiju (both called Maikei), and created tea utensils that are rare in kutani, so they were also called master craftsmen of tea utensils.