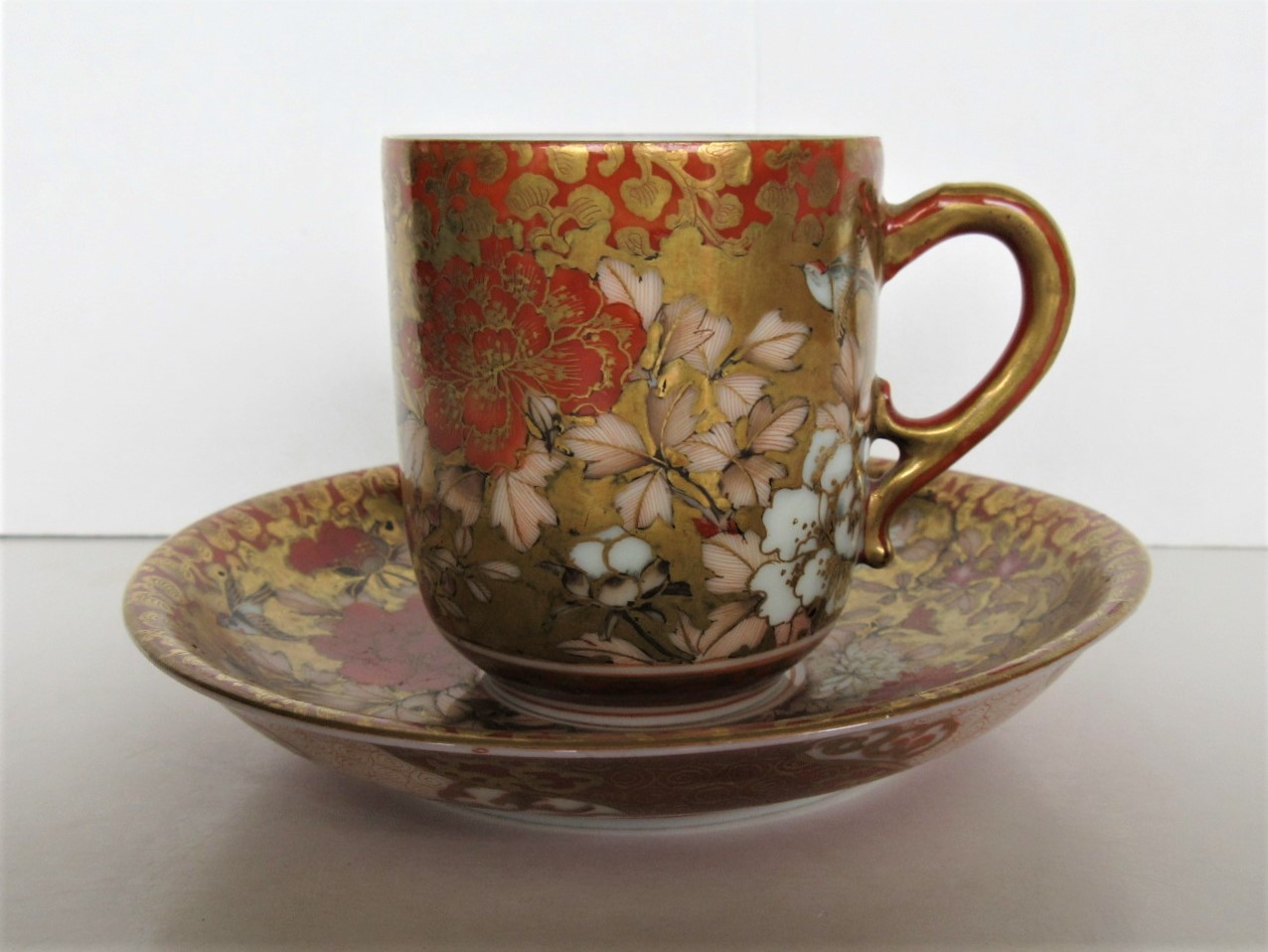 Flowers that bloom gorgeously are drawn in gold or a light neutral color on a canvas filled with red paint. The color tone is different from the standard cups and saucers so far, and the tone seems to give the cup & saucer a gorgeous image. 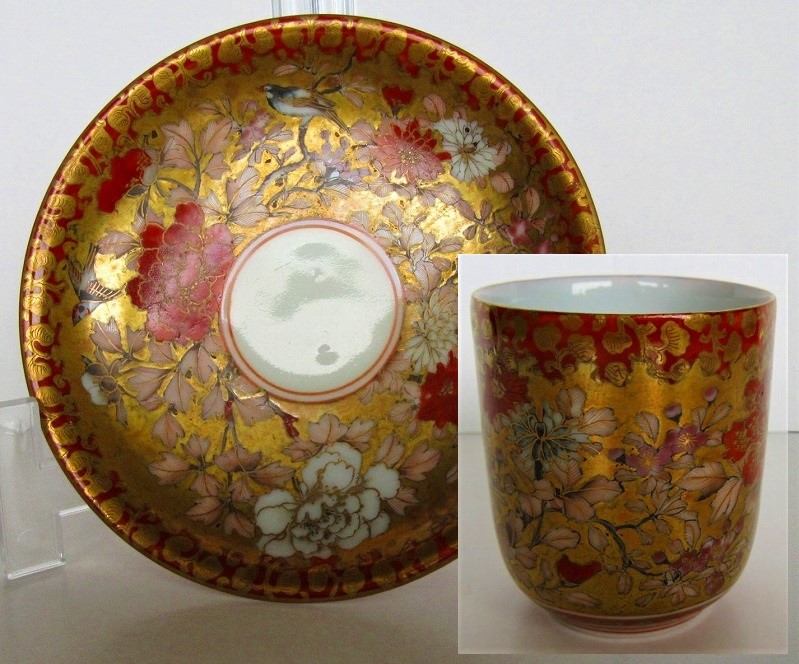 Apart from the standard flower-and-bird paintings of Meiji kutani, the creator filled the whole body with a brilliantly decorated one. It’s almost like reminiscent of the Kano school paintings of the Edo period. 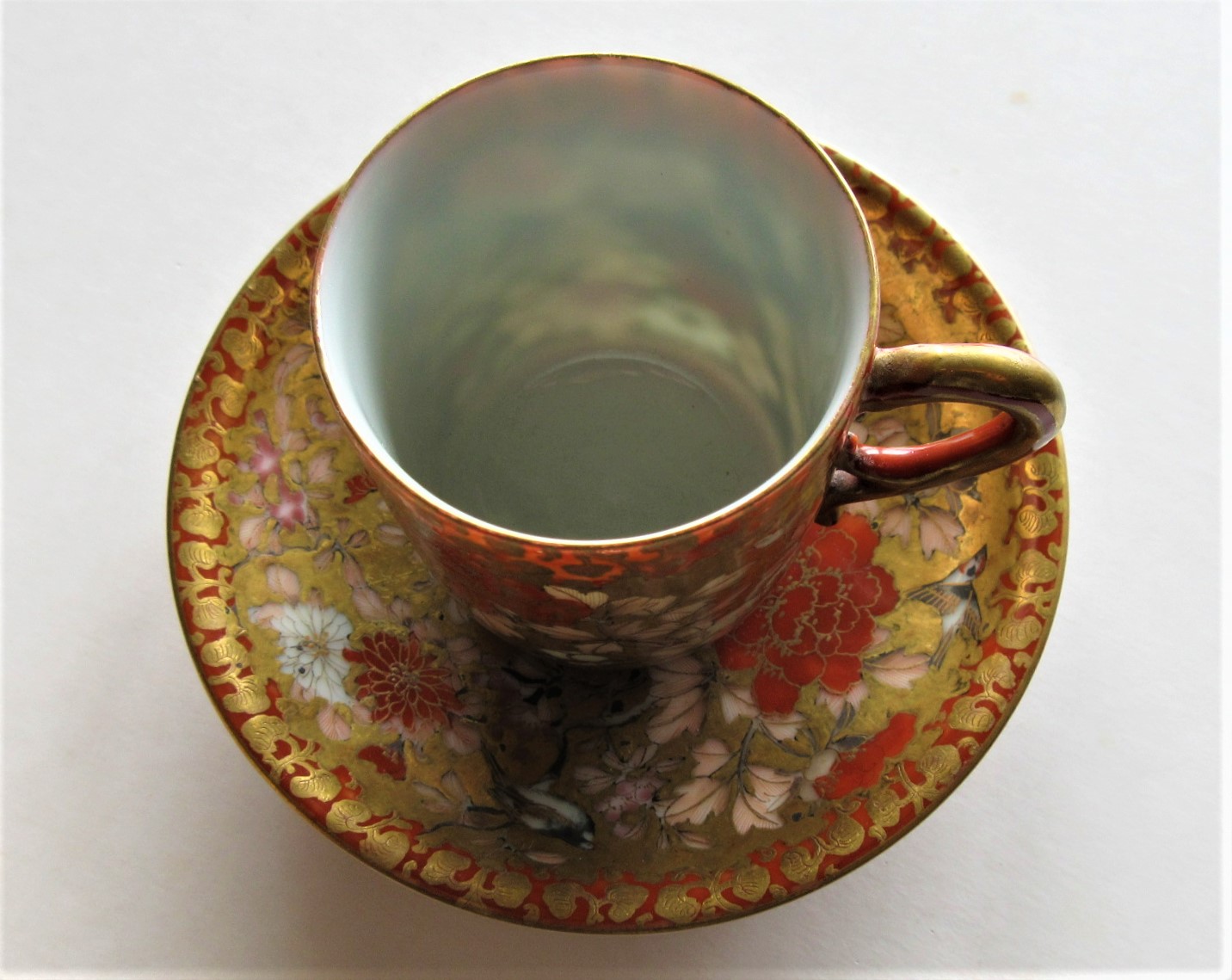 The fluffy lightness can be felt when picking the cup up. The body seems be made by a hard pottery body developed in the late Meiji period, instead of an egg shell-type body. 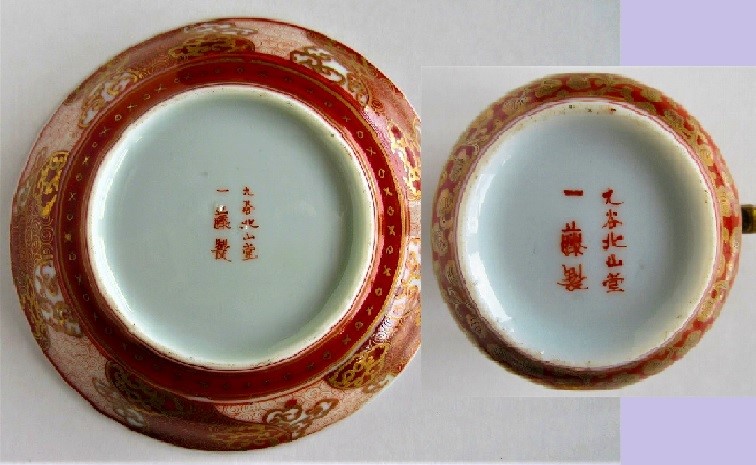 The back name is written as “kutani Hokuzan-do / made by Itto”. Hokuzan-do was the store name of master craftsman Takahashi Hokuzan, also the name of the kutani store founded by Hokuzan. Now the store is still open in Kanazawa.

Miyasho Itto was born in Kanazawa in the late Edo period and eventually became a samurai of Kaga domain. As a study for samurai, he studied Kano school painting, but in the Meiji period, he lost a samurai job. So he studied porcelain painting, and he was a quite artistic porcelain painter, and created many masterpieces. After that he became one of the master craftsmen. His store name was called Hokugaku-do.

He created large-scale works for export at the request of the pottery merchant Ennaka Magoheii in the early Meiji period. On the other hand, from around 1882, he adopted extra-fine calligraphy for the decoration which he developed with Nomura Zenkichi and Takahashi Hokuzan. In this way, his painting style was also diverse,